This is Not the Onion

Trump says he is skipping golf to honor the Florida shooting victims: report

President Trump reportedly skipped a day at the golf course on Saturday following the Florida school shooting that took place just miles from his Mar-a-Lago resort.

How many thoughts and prayers equals 18 holes?

Hey the important thing is he still had a great time. 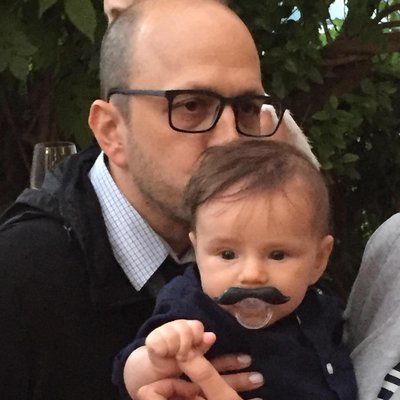 Apparently school shootings get a thumbs up! 👍👍 https://t.co/ZVYy1MEXPw

If it was the Onion, they probably wouldn’t loudly mention that it wasn’t raining. (Because I’m sure that’s the first thing a lot of people were thinking.)

The president will not be golfing on this sunny Saturday in Palm Beach.

A lot of people are saying this is literally the least he could do, but consider: if he misses a game for EVERY horrific school massacre in his Presidency there’s no telling how many rounds of golf that could add up to!

I saw that photo juxtaposed with Obama in the same situation, with tears running down his face.

He can give the thumbs up, wear a jester’s hat, and do handstands and cartwheels for all I care if he did something[1]. As it stands, tears are about as useful as thoughts and prayers.

[1] Something more than making vague noises about gun control. Gun control isn’t enough. Serbia of all places has the second larges number of guns per head and I can’t seem to find they’ve ever had a school shooting. A couple of wars, sure. No school shootings. Well. There was the one time…

Well we won’t know until we try it, will we?

shrug I’m reasonably sure it won’t work, but it’s not my country. I don’t get a say. By all means, give it a try. But, first, there’s just too many guns out there already. Way too many. It’s a tad like closing the barn door after the horses have not only bolted but got turned into glue.

Second, who do you have enforce this massive endeavor? I wouldn’t trust American police as far as I can throw Mount Everest, for one, and any such law would be enforced disproportional on a very peculiar set of communities. And I am reasonably sure you can guess which communities those will be.

I dare not even ask where you’d get the votes for a constitutional amendment.

Based on my (outside) perspective, by the time the US government has both the political will to restrict gun ownership and the credibility to do so fairly and professionally, the US will be such a peaceful, prosperous place that it won’t need to.

But, first, there’s just too many guns out there already. Way too many. It’s a tad like closing the barn door after the horses have not only bolted but got turned into glue.

That kid in Florida didn’t shoot dozens of his classmates with one of the guns that was already out there, he bought his own. Even if they remain available on the black market, restricting new sales will make it harder for would-be mass murderers to get a weapon of war on a whim.

I’m not saying there’s no effect. That’d be silly. I’m saying you won’t get Australia. Even if you turn off the spigot for all firearms[1] today there’s enough about to make getting one only marginally more hard for the determined murderer. In fact you’d get precious little and you’ll pay a lot. Especially when you send your police force to enforce this. And the people paying will be the largely the marginalized who’ll have a brand new reason to be shot.

[1] Because ‘weapon of war’ is a crock. Unless it is a single-shot or a double-rifle or, I don’t know, a musket, all weapons are mass-shooting friendly. Well, maybe revolvers, but you’d be amazed at even those. And magazine size restrictions are silly because, first, reloading’s damn quick, and second while auto-capable gun parts require fairly fancy materials and tolerances to work, a bigger magazine can, in fact, be 3D printed in an afternoon. It needs to be pretty much all firearms or it’s just cosmetics.

Even if you turn off the spigot for all firearms[1] today there’s enough about to make getting one only marginally more hard for the determined murderer.

We don’t have more mass shootings than other countries because other countries have made it impossible for determined murderers to get their hands on a gun. We have more mass shootings because in the United States it’s a trivial matter for a would-be mass murderer to get their hands on a gun. Every day we prolong “turning of the spigot” (or even trying to turn it down) only makes that problem worse.

Because ‘weapon of war’ is a crock. Unless it is a single-shot or a double-rifle or, I don’t know, a musket, all weapons are mass-shooting friendly.

The AR-15 (far and away the most popular weapon for mass shootings) is literally a civilian version of the US Military’s M16 rifle. What is that if not a “weapon of war?” There’s a reason most mass shooters don’t opt for a revolver or a bolt-action hunting rifle.

They opt for a semiautomatic short-barrel carbine because, if you want to shoot people in close quarters, that’s the second-best choice. The best choice (something like the P-90 in full auto) is illegal. But a bolt-action hunting rifle shooter would scare me. Those things shoot terrifyingly powerful rounds that remain lethal for a considerable distance. I swear a .30-06 puts me in mind of something best suited to artillery. All it takes is a vantage point and tolerable marksmanship and… yeesh. The Texas Tower Sniper didn’t have an AR-15 and that didn’t seem to slow him down none.

Not having an AR-15 but having handguns, pistol-caliber carbines, and shotguns was perfectly sufficient for the Columbine massacre. The perpetrator of the Umpqua Community College shooting had an AR-15 pattern rifle but didn’t use it. Handguns, mostly. Virginia Tech—as lethal as school shootings go—was also just handguns, and not even service ones, either. A compact and a tiny little .22LR model.

Anyone telling you that all that needs doing is banning weapons of war, whatever those re defined as, is either grievously misinformed or in pay of the NRA.

The Texas Tower Sniper didn’t have an AR-15 and that didn’t seem to slow him down none.

Charles Whitman was also a highly trained Marine sharpshooter who conducted his attack from an elevated position. Even so, he managed to kill fewer people than a 19-year-old kid who spent a few weekends hanging out with some white supremacist buddies at the local firing range.

Whoah there—I never said that banning or severely restricting civilian ownership of weapons of war would be sufficient. I’m all on board for additional gun regulations. But the fact that we can’t even achieve consensus on a proposition as basic as “disturbed teens shouldn’t be able to easily acquire military-grade weapons” demonstrates just how whackadoodle the situation has become.

He really feels it, doesn’t he?

Every day we prolong “turning of the spigot” (or even trying to turn it down) only makes that problem worse.

okay, let’s turn off the water and dive on in.

who cares how much water there is. that person’s dead already.

shouldn’t we do something for them?

but it’s too late!

the water’s rising up the hill now.

^ literally every gun debate ever. some folks are basically trolls. and aren’t ever going to cede ground. even if they and all of us are up to our necks in gun deaths.

But, first, there’s just too many guns out there already. […]
Second, who do you have enforce this massive endeavor?

First, no-one should give a fuck how many there are. This is what politics is about: shape the world, according to needs of humanity.

Second, if the executive branch of the government is not to be trusted with execution of the law, the country is ungovernable. A failed state. A non-entity.

Second, if the executive branch of the government is not to be trusted with execution of the law, the country is ungovernable. A failed state. A non-entity.

And you trust the executive branch of the US Government, especially its law enforcement branch? Intriguing.

You prefer to get your guns and do your own enforcin’? I guess it works out okay for Batman, why not?

Goodness no. I don’t have any guns myself and I’m only interested in ones that are something like a hundred years old and, preferably, in a museum. No, I just don’t trust American cops. At all. And am amazed that any people do.

(Also, Batman doesn’t use guns. My geekiness isn’t even comic-book oriented, but come on.)

I just don’t trust American cops. At all. And am amazed that any people do.

I can’t recall hearing or reading about even one account of a law-abiding citizen who experienced a positive outcome as a result of shooting a cop.

On the other hand, our highly militarized police force gets away with killing civilians all the time simply by saying “I thought he had a gun.” That excuse wouldn’t fly in most countries where private gun ownership is very rare.