To solve homelessness Lakewood, New Jersey enacts their policy of cruelty to all

Originally published at: To solve homelessness Lakewood, New Jersey enacts their policy of cruelty to all | Boing Boing

Let’s make our town square too shitty for normal people, that’ll discourage those homeless blighters.
All the logic is there.

The more effective solution would be to burn down city hall so that these legislative geniuses don’t get in the way of competent social service providers.

Is really all you need to know to understand how this is gonna go.

That sounds like some prime location real estate. Obviously the next step is to sell the park off to the highest bidder and work your way on to that company’s board so you have a cushy job when you leave office.

Rather than allow homeless people to rest in the shade of their trees, the city has cut down over 30 trees, ruining the park for everyone.

“They were harassing people, defecating between the cars and residents were complaining,”

He clearly fails to understand that people that live in your town, but don’t have homes or property ARE RESIDENTS TOO!

I wonder is mobilization of homeless as a voting demographic would help them with local politicians at all. Cause it seems like whenever a local politician needs a bump they just shit on them. (note: this trend can also been see with other groups and up to a national level).

true. meanwhile on the other coast, they’ve apparently realized that they can evict homeless people from planet earth by protecting the trees: 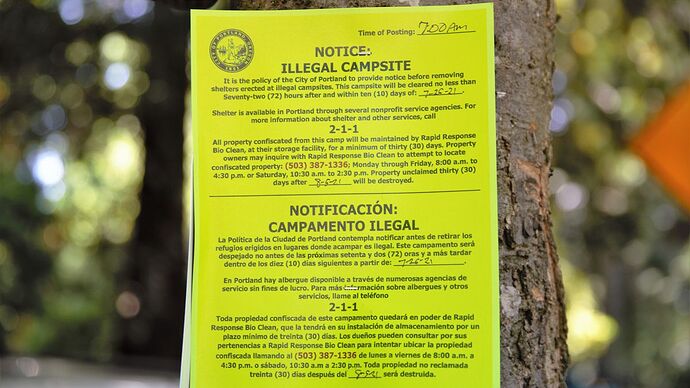 After over a year of sweeps and returns, fed-up Laurelhurst residents are now trying to take matters into their own hands.

DiLorenzo argued the campers at [the park] need to be moved because the status quo is too dangerous. The campers, he contends, are damaging the trees along the park’s outer edge— and those trees could injure the campers.

A little before and after via New Jersey 101.5: 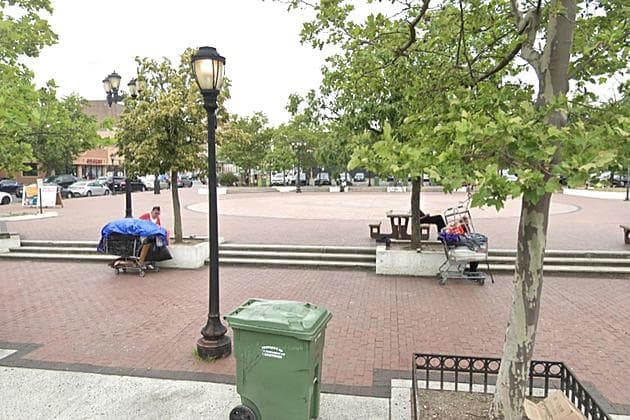 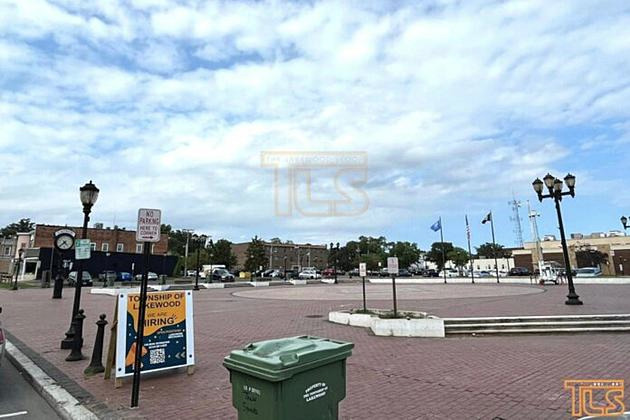 Ha ha, jokes on them. The homeless have tents.

but think of the skateboarders /s

“They were harassing people, defecating between the cars and residents were complaining,” he said, according to the paper.

it really is astounding. they could have … you know… provided public bathrooms which would have helped everyone – and that center area… it looks perfect for a meal service.

Reminds me of a thread yesterday where some folks were seriously suggesting that the best solution to maintaining public restroom facilities in National Parks would be to remove all the pit toilets and ask everyone to pack out their own waste.

Because sanitation ALWAYS improves when you take out all the toilets.

So it started out as a brick-layed hellscape with stunted little sycamores, barely surviving in their little square boxes.

So what happened when the police department’s Quality of Life unit received complaints about some asshole who cut down the trees in the park?

Come to Seattle. The parks are already ruined due to the needles and junkies laying around. I would rather have a bare lot than an encampment supported by taxpayer money. You have to accept the help for it to work. The majority are not accepting the help, they can move on.

Something about noses and faces.

Why not go all in and string up concertina wire and build a few guard towers? That should fix the problem, all right.