Trailer: Hello Tomorrow! is the show retro-futurism fans have been waiting for

Originally published at: Trailer: Hello Tomorrow! is the show retro-futurism fans have been waiting for | Boing Boing

The subgenre has a few notable representatives(Futurama and The Jetsons)

The recent Jean-Pierre Jeunet movie Bigbug technically takes place in 2045 but definitely has a retro-future suburban vibe to it, including at least one very retro looking French flying car. (A Citroen, I think?)

And into the queue it goes. A little DayGlo freakout would hit the spot.

Judging by what seems to be the acceptance of interracial marriage, I’m assuming this high-tech alternate 1950s came about in part because half the country wasn’t able to substitute enslaved Black bodies for actual technological innovation centuries earlier.

I’ll watch it for the aesthetic and in the hope that this is a loose adaptation of The Space Merchants rather than Crudup’s character secretly being a space alien.

Retrofuturism isn’t what it will used to be.

The trailer reminded me an awful lot of The Space Merchants by Frederik Pohl and C.M. Kornbluth. I would say that there’s some cross pollination at the very least.

Can’t work out if this is a comedy or a drama or what, it colour me intrigued. Just so long as it isn’t like ‘Tomorrowland’ which looked amazing, but was so dull…

Just so long as it isn’t like ‘Tomorrowland’ which looked amazing, but was so dull…

I know, right? After making The Iron Giant, The Incredibles, and Ratatouille , who would have thought that Brad Bird was even capable of making such a frustratingly bad movie? I saw it in the theater for free and still wanted my money back.

Brad Bird’s movies have long had a subtle libertarian bent (like the “society is stifling the superheroes!” message from The Incredibles) but Tomorrowland was the first time he let that completely get in the way of telling a compelling story. Even the end credits sequence was animated in the style of an Ayn Rand cover. 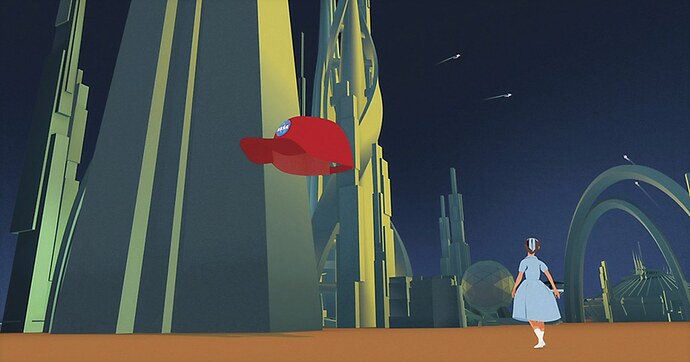 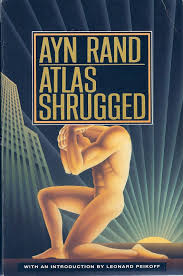 If nothing else, Tomorrowland gave us Nix’s speech, which is still quite relevant.

The rest of the film was completely forgettable.

Tomorrowland gave us Nix’s speech, which is still quite relevant.

Maybe, but I thought it was a pretty unbelievably self-righteous speech considering that the asshole that was giving it had, over a period of years, stolen many of the world’s greatest minds who would otherwise be solving big problems to instead live and work in a private Randian paradise, then sent a bunch of murderous robots to kill anyone who might find out about it. At that point trying to find anything redeeming in that speech was just not something I was interested in.

But the worst part of the film was the ending where the heroes don’t learn a damn thing from Nix’s mistakes and decide to try the plan of building a Randian paradise again.

No ‘maybe’ about it; that’s MY personal subjective opinion, which I am allowed to have.

And for once, I actually share yours - that it was a painfully dull and underwhelming film which made very little sense; the one redeeming quality that I found in it was that speech. I disregarded everything else about it as irrelevant movie making.

You have a great Saturday, now.

Yeah, I’m gonna call it right now: he’s a scam artist and all the Jetsons gadgets are hallucinations.

The funny thing about actually living in a cyberpunk fascist dystopia is that I don’t welcome new technology anymore. Technology is morally neutral, what matters is who controls it and how it is used, but it seems all new computer technology does is make the rich richer and the powerful powerfuller.

I liked the flying 1961 Thunderbird. The rest I don’t know, I’ll wait until it gets sold to Showcase or CTV Science Fiction.

at least one very retro looking French flying car. (A Citroen, I think?)

Citroens are some of the best flying cars available: https://www.autoevolution.com/news/flying-citroen-cars-look-good-while-driving-on-air-photo-gallery-82880.html#

Seems to be some strong Glengarry Glen Ross vibes here

Bioshock and fallout I guess too.

So, Apple TV+ took their most recent hits (and ones they hoped to be a hit) and mashed them together?

For All Mankind + Severance + … The Shrink Next Door?

For All Mankind viewership probably dropped off the nearer they came to our present day look and present-day digital tech.

The Shrink Next Door didn’t get the gaslighting themes and feels as right as Severance did, but had the whole slick-self-delusioned-narcissistic-scammer thing going.

Also: this is why Gattaca is one of my most favorite movies, and Severance the most rewatched TV series recently.

The Incredibles reminded me a little of Vonnegut’s Harrison Bergeron.