Except they don’t go on land.
Flying cars are supposed to go in the air, and on the freeway.

Flying cars are supposed to go in the air, and on the freeway.

That’s not the definition used in TFA:

"on-demand, fully electric aircraft that take off and land vertically.”

You’ve added multifunctionality where none existed in the source materials. No mention was made of roadgoing capabilities.

Only if jetskis are expected to go on the road like a motorcycle. That’s the catch: airplanes on the road and cars in the sky both suck.

Cool video I guess. I know all the surfers, / kayakers were part of the shoot, but if some jackhat came that close to me on a motorized monstrosity, I’d chuck an oar in his spokes.

Uber also promises to switch over to carbon-neutral transportation just as soon as someone invents a free energy device and installs one in all new cars.

just as soon as someone invents a free energy device and installs one in all new cars.

Flying cars are supposed to go in the air, and on the freeway. 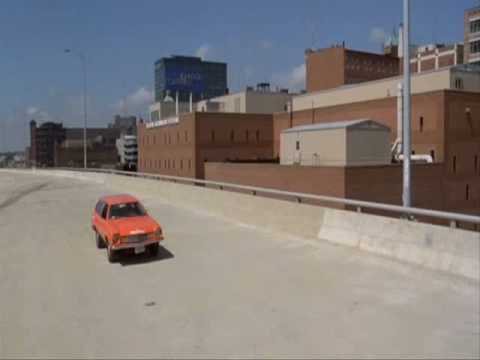 No mention was made of roadgoing capabilities.

In other words, “We’re sure we can get rich people to pay us to avoid all the crumbling American infrastructure which they will then give even less of a shit about!”

You eat your words! 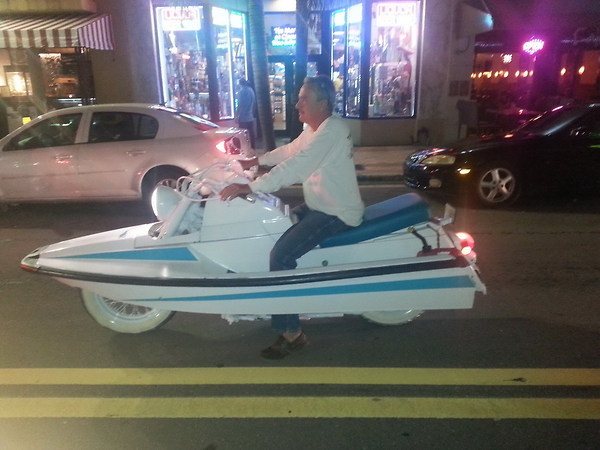 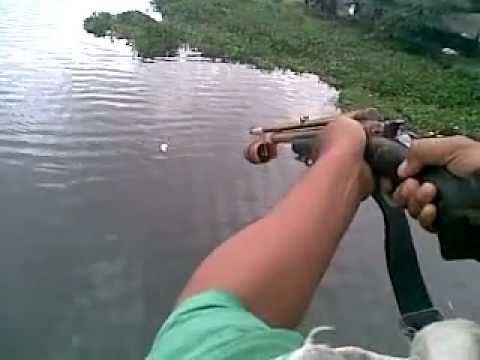 That’s not the definition used in TFA:

No, but the headline here is “Uber promises flying cars” (when we’re really talking about personal VTOL aircraft). “Flying car” is punchier in a headline, though, obviously.

Doesn’t this announcement essentially boil down to the equivalent of “Ticketmaster promises new era in performing arts; stands ready to impose transaction costs when somebody else has figured out the details”?

Uber’s proprietary network of VTOL service will be called “Elevate.”

Skimmed their whitepaper, not quite seeing how this works in actual cities. The tightest bottleneck always wins, and here that is 2-d parking (and I’m assuming that the flying cars drop their passengers and quickly depart for less expensive storage areas).

In particular, I don’t see how this fits the Uber business model of sneaking around a regulatory inefficiency and offloading capital and risk costs onto society and unskilled negotiators.

Well, that’s solved then. Why didn’t someone write a white paper earlier?

I’m curious about how anyone plans to handle the noise and airflow in an urban setting, as well.

Conventional helicopters are way too damn loud(probably the worst part of going to a university that had a medical center worth airlifting patients to was trying to sleep in that particular flight path); and when taking off or landing they tend to kick up their own little hurricane.

Exotic stealthy designs, ducted fans, and other options might bring the noise levels down; but still aren’t going to make having one land just anywhere be a realistic or pleasant option.

And, once you can’t land just anywhere, you are restricted to operating from a series of ‘stations’ that riders have to get to and from; which basically means that you’ve built a half-assed subway system that offers low capital costs; but low capacity and high operating costs. Congratulations and welcome to the future!

“In today’s document, Uber is making the argument that on-demand personal aviation will be affordable and practical within the next decade, if regulators, communities and manufacturers can all agree on how to do it.”

@TheGreatParis - which would suggest that the “regulators, communities and manufacturers” are all Uber Allies.

(Goldfinger would have escaped much faster from Roger Moore if there had been a Cessna in that barn instead of a set of wings and tail that he had to clip to his AMC.) Edit: It wasn’t Goldfinger, it was Scaramanga, a.k.a. The Man With The Golden Gun!

I dunno but I’m going to write a white paper for teleportation and a national light rail.

Take your light rail one and drop in some bullet trains as well. Why not, right?