I know a number of folks who keep condos in Vancouver for 2 nights a week occupancy over several months of the year.

And the speculation tax does not prevent them from continuing to do so – it just makes it a little more expensive. While nobody likes having to pay more, who should we be more concerned for? Those who can afford a second home (that’s used only very occasionally), or those who can’t afford one at all?

The huge ANNUAL tax on the 2nd home is a good 5th step.

The first one is banning real estate purchases by non-Canadian citizens.

the second one is ensuring that the beneficial owners of property are listed. None of this “unknown person” or numbered corporation

the 4th would be to have an enforcement agency with some teeth and some decent forensic accountants.

As long as authoritarian and unstable countries exist, there will be a demand for stable investments in the west where the rich and the felonious can safely park their cash.

I like: any property vacant for more than 180 consecutive days can be coöpted for public housing.

I know a number of folks who keep condos in Vancouver for 2 nights a week occupancy over several months of the year.

That seems to me a person who needs to work out a deal with a hotel.

As long as authoritarian and unstable countries exist, there will be a demand for stable investments in the west where the rich and the felonious can safely park their cash.

As long as there are stable investments in the west where the rich and the felonious can safely park their cash, there will be authoritarian and unstable countries.

Cash parking on real estate is predicated off being able to sell whenever.

It will be somewhere with beaches probably, and close ties to Western countries. (Belize?)

Hypothetical question: Could one purchase Canada’s second NBA team with a hockey bag full of money?

Waiting for the report on Toronto

It occurs to me these suggestions might just force the cash parkers to rent out their homes.

At least, if I was one such a person with that much money to park, I might go that route. Heck, you could hire someone to be landlord for the price of rental income even so you do not have to worry about it.

Yes, it seems to be happening: https://bc.ctvnews.ca/is-this-real-hundreds-of-vancouver-mansions-for-rent-for-cheap-1.4329826

As to be expected, there’s something rancid in Ontario, kingdom of BumbleDoug.

The Ontario government is no longer publishing statistics about its foreign buyers tax on residential real estate.

I’m sure that there’s a simple explaination, like maybe they downsized a department without a clue what that department does? It happens.

for #4:… that’s all property within a hour drive of Vancouver. I mean there’s some “mobile” homes out in Hope that are listed at under $100k. That’s only a 2 1/2 hour drive from downtown. Good for a commute.

Its just that Canada, or more specifically BC, and even more specifically Vancouver (and yeah, Toronto), has had a lot more to offer launderers than the USA for the last 10-15 years. Don’t feel bad because from every perspective, the USA is still the epicentre of laundering, but what has happened in Vancouver and Toronto is just so concentrated. BC’s current government is the first jurisdiction to begin airing its dirty laundry.

A good part of Portland and Seattle’s housing bubbles started the same way.

I know someone who commutes to work in Toronto for more than an hour.

That’s not unusual; I did that kind of commute between Toronto and Oshawa 40 years ago. Lots of other people have been doing it for decades.

for example the municipality profits from parking tickets too, and I don’t see them doing much to take full advantage of that revenue stream

You obviously haven’t seen the parking meters in Vancouver - pay parking in metered areas from 8:00AM - 10:00PM and lots of enforcement people to write tickets.

I’m happy that the current NDP government has stood firm against this backlash.

The 90s BC NDP must have had an inkling this sort of thing was happening; the BC Liberals certainly knew it and studiously ignored it for the benefit of their real estate development buddies and the provincial coffers.

Re 1): Property bought for “cash” may be misinterpreted. Some of the legal documents refer to a “cash transaction”, but this means that the deal was complete, and not ongoing like a conditional sale would be. A second use of the term cash, as in an “all cash deal”, is one that doesn’t require mortgage financing. In neither use of the term cash does it necessarily mean that hockey bags full of cash were paid. Hockey bags full of cash might have been paid, but these terms don’t mean that. If banknotes were used for part of the sale, it sure as hell wouldn’t show up on legal documents to be discovered by Dr. Peter German or anyone else.

Of all the ways to fight it, BC is thinking of trying the worst: Civil forfeiture. 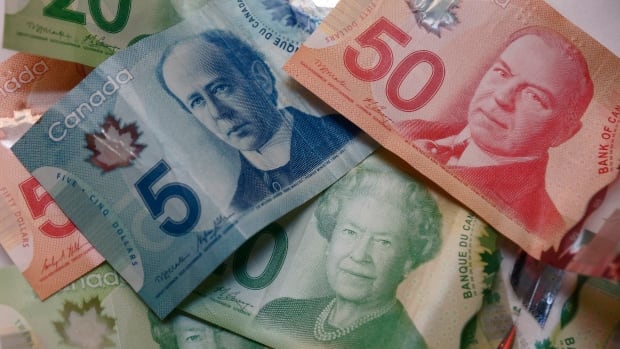 B.C. has a $7.4-billion dirty money problem, and some experts are recommending a controversial solution: the ability for the government to seize property without finding a crime.