You may want to edit the title of this. I spent a minute trying to figure out how West Virginia had an emission test scandal and why Volkswagen didn’t.

ETA: Ah, a Cayenne. Well, you buy one of those, you deserve what you get.

Wonder how that decision to parachute the Porsche guy in looks now.

West Virginia University helped with the testing that started all this, so it works either way 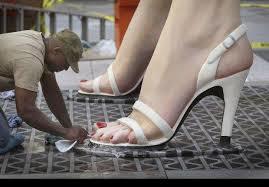 Hey, poor Peter Stormare, dont get him tainted by this

A) Cars become more expensive but the resolve to reduce emissions on a per-vehicle basis remains. We suck it up and drive fewer and more expensive cars shorter distances

B) We refuse to pay the extra, relax emissions controls, keep costs under control to preserve our “way of life”

A) provides additional impetus for alternative transportation solutions which are a win-win in my book. Live locally, move under your own power, be healthier, live closer to friends and family, take up less space, use fewer resources etc, etc.

Personally I favour A, but will not be surprised if we end up closer to B.

I’d be shocked if this wasn’t going on to some extent under all the badges. Customers demand performance and efficiency, while governments demand low emissions. Even with all the engineering advances in the last decade, it’s really hard to get all three at the same time. Whether they’re cheating on the emissions test like VW or cheating on the dyno like hyundai, or cheating on the MPG tests like ford, I suspect most manufacturers are cheating at something.

EDIT: Looks like new evidence of widespread cheating is already being uncovered.

Personally I think the EU should take a lead in prosecuting and fining the living fuck out of them in order to demonstrate what moral hazard actually looks like.

You know, Germany should be backed into a situation where they need friends and some solidarity from their partners and see how that works out.

Then we should burn them with fire.

I’d be incredibly surprised if the guys at VW aren’t currently taking apart every rivals cars to prove that they were doing it too.

I’m not sure what else they could do right now to limit the damage. Confessing and apologising sure as hell ain’t going to do it…

Well since there isn’t any ‘climate change’, why shouldn’t we relax the controls! For God, Country and the NRA!!

The “suck it up” option assumes that VW are the smartest guys in the room and there was simply no way to produce a good car, for the price, without cheating. I wish to propose for the sake of argument that this premise may not be true, they may not be the smartest guys in the room, and there’s at least room for the possibility that one of their competitors is producing, or can produce, good cars without having to invoke the “suck it up” or “cheat” options.

VW couldn’t admit to that under US law because they would be violating the DMCA to the tune of felony convictions for anyone involved. The other manufacturers will have to be surreptitiously caught or convinced to confess. I believe we may have uncovered the real reason Fiat does not sell a diesel in the US and why Ford refuses to sell diesel Fiestas in the US.

Only if they did it in the US. If they, a European company, did it in the EU and leaked it to EU press… Besides, it would only be the exact same thing that has happened to them, and I’ve heard no DCMA threats levelled at the researchers…

Your logic is sound. But there is no real reason to think that VW engineers aren’t pretty clever.

The effect of this rolls on through tax-driven efficiency ratings, too. You can be sure that there will be a push for real world fuel consumption and CO2 emission rate testing. These will show pretty-much all vehicles to be worse than previously thought. How do we respond? Ignore it? Change the tax-incentive goalposts? Drive less, and in smaller cars?

Well, I also thing you argument makes an unwarranted leap. Even if it would cost more to reduce emissions in the VW cars, and there aren’t clever engineers out there who could figure a way around that, that still doesn’t mean that these cars have to be more expensive in order to fix the emissions issue. Was VW passing the savings of their cheat onto consumers or were they using it to pad the pockets of the executives? If the executives get the boot and are replaced by people who understand they are on a very short leash, maybe less money will be squandered on the ego of Forbes’ 58th most powerful person of 2014 (enjoy your €60M severence, Mr. Winterkorn), leaving more money for everything else.

I don’t think this will happen in the world we actually live in, but I like to acknowledge the possibility of choosing not to funnel as high a percentage of the value of everything we do to the already exceedingly wealthy as a possible solution to problems. The #1 solution to this fraud, if you ask me, is an income tax structure that makes making more than [insert large salary] pointless.

The margins, profits and underlying costs are all related, of course. But if the true cost of making the cars increases (as is very likely), then the consumer will see this passed on, unless the margins and profits are reduced. The motor vehicle industry is already very competitive. This won’t change. The market will (more-or-less) maintain whatever margins are already in place. If VW folds and the industry consolidates, costs to consumers may rise further. It is how we, as consumers respond that will be interesting.

While it may seem that significant money is being siphoned off by executives, this actually small change in the context of this massive industry. Capping the highest salaries won’t fundamentally change the cost structure of the industry. I’m all for some sort of control on wealth disparity, but I’m also being realistic about what the introduction of real standards will do to the cost of motoring. These are two different things. Executives won’t pay for it our of their pockets.

The cost of motoring has, of course, been falling steadily since the industry began. With hindsight, this blip may well look insignificant. And that’s sad for the planet and for our souls. Cars are eating away at what makes us human.

I’m not sure what else they could do right now to limit the damage. Confessing and apologising sure as hell ain’t going to do it…

They could offer a billion dollars and a solid gold Bugatti to any possible whistleblower working for an American automaker.

To remove the cheat, all that is needed is a firmware update to your car. Or am I over-simplifying this?