all this discussion about e-books vs. p-books. What I’d like to know is - what is the outlet where you (Seamus Bellamy) write about e-books and e-book devices? Since I find your writing here interesting, and I am interested in those devices (full disclosure I have a Kindle and do like it), I’d like to read your writing on those topics.

Sometimes yes, sometimes no. Many publishers are beginning to realize that bringing back their out-of-print titles as ebooks makes a lot of sense because unlike print books you don’t have to commit to making X number of copies ahead of time which may or may not sell. And certainly most books published after 2008 or so have an ebook version so going forward the traditional problem with books going out of print after a year or two isn’t going to happen.

I also agree that a digital service would make more sense. Which is why I have an annual Christmas tradition of tweeting at the Kobo folks “So, I still can’t buy eBooks as gifts huh?”

I come from a family of readers. Books are the standard gift for every member of my family. Between the four of us, we have probably gone through at least 8 Kobo readers over years. The complete lack of any gift-giving functionality built in to the platform is a huge pain in my ass come gift-giving season. We’ve eventually settled on giving gift cards with a little note telling the person what book you wanted to buy them

which is easily replaced

I gather you don’t live like most people, who may not have the money to replace an expensive device like an “e-reader” if it gets lost, stolen, or explodes and burns down your home.

A typical e-reader is $100 (or even cheaper on sale) these days, not a very expensive device. That’s about ten typical e-books in cost. I have purchased hundreds of e-books over the past decade or so, as is typical of most frequent readers. So replacing the reader is a very small fraction of my e-book investment.

A typical e-reader is $100 (or even cheaper on sale) these days, not a very expensive device.

So replacing the reader is a very small fraction of my e-book investment.

No doubt. But it could still get lost or stolen. Then you would have to do it again to read the same books.

Really, there’s no real value here to me, for reasons already stated. I do read PDFs of papers and software manuals on the iPad we have, but when I finally acquired a copy of the Codex Seraphinianus and the Voynich Manuscript in book form, I deleted the PDFs of those books in order to enjoy the real thing.

There was just no value in keeping the PDFs. 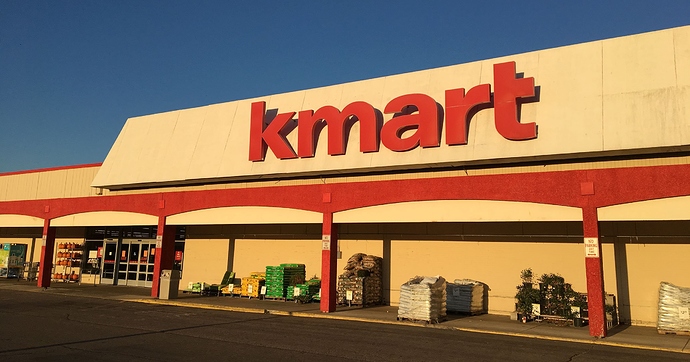 Buuuuuuut literally all of that applies to an e-reader, too

Not really. I mean sure my ereader might get burned/flooded…but if I buy a new one it gets all the books from the old one (most common ereaders at least do, and mine in particular do). So if my home burns in the middle of the night, and I escape with my wife, dogs, and the clothes on my back…and maybe my car I will still be able to get my ebooks back and read them.

If my home burns down in the middle of the day then I already had my phone on me, and it has all my books.

In either case my books will be pretty far down in the list of things I’m worried about in the immediate aftermath of a fire (or flood, or whatever), but when I eventually get that far I’ll be happy that one set of items at least I’m just fine on.

The advantages of reading books on a device come with real caveats you don’t have with a physical copy.

Total agreement, both have some upsides and downsides.

Especially art books , which, let’s face it, render the entire concept of an e-reader essentially useless

I don’t read a lot of art books, but the few I have read on an ereader are pretty lame on a phone, or an eInk reader. They do look pretty awesome on an iPad Pro, although I’m not sure it is generally worth $1000 to get awesome art books (or comic books…comics are in my opinion better on the big iPad Pro then as physical comics…at least in terms of how nice they look, how easy they are to read, and how easy it is to stay up to date on a series).

It is generally far harder to loan eBooks then pBooks. You also can’t have an impressive “look how smart I am” bookshelf with eBooks, nor really a “look at my trendy coffee table book on my coffee table, I’m like a real adult now!”. Those are both totally valid reasons to favor a pBook. They aren’t compelling reasons for me, but it is perfectly valid to care about how others think of you, and to want things to nudge them in the direction you want. I’m sure there are other reasons as well.

As far as real world durability over a small number of decades (like 1.7 decades) I favor pBooks though. Check back in another decade though and maybe I’ll have changed my mind.

No, really. Devices are also susceptible to:

They do look pretty awesome on an iPad Pro, although I’m not sure it is generally worth $1000 to get awesome art books

I think people who’d buy an iPad Pro have other, more primary, uses in mind. I know I would, especially for art making. But less replaceable books are often art books, and these have no functional place on e-readers. The ipad comes closest, but it still really sucks as an art book.

Then there’s the artifact issue. Once all your books are text files, they will have no persistence. And no highlighting. Some of us use books as conversations. I read books by authors I disagree with, and make appropriate notes in the margins, and then pass it on. (I used to collect creationist literature, and noted flaws in reasoning and outright lies whenever it occurred.)

Check back in another decade though and maybe I’ll have changed my mind.

That’s kind of how I got to print > e-reader.

Looking at digital history, cartridge media turned out more durable than floppies, but also more easily obsoleted. Optical media has fared better for support, but turned out to be substantially more fragile than anticipated. Perhaps files on a device will have better longevity, but even wireless devices often confront compatibility issues over the long term (and that’s if you ignore security concerns—which you really can’t).

The longevity of wired ports is also tentative. At some point, adaptors will become harder to get, because anything which requires compatibility also requires a culture to maintain, and digital culture is universally interested in moving on to the next new thing, not preserving the last old thing. And the more complexity involved (in terms of accessibility and culture), the more quickly support can evaporate.

Entropy works against everything, but it works with much less effort against the digital than it does the tangible.

I can also 4) buy homeowner’s insurance

I have had plumbing issues destroy books in a basement, also not covered by homeowners insurance, nor by the warranty that covered the plumbing repair. Again the books were in the basement because I had too many to be in the main living area, but having 600+ eBooks in the living area wasn’t an issue.

That doesn’t make eBooks better in all ways, but they are better in part because they don’t take up so much room that they need to be relegated to “less accessible, and less safe” storage areas. They are also worse in that some older books are not available as eBooks.

books in a basement

I think I’ve identified the problem. We put ours on shelves ostensibly in one room (but really, in every room).