Not really surprising coming from a fire ant.

I find some of your contentions a little dubious, or at least overgeneralized. Crop yields (for many organic crops), with careful organic husbandry, substantially exceed those per unit area than those achieved using conventional agricultural methods. Judicious use of green manures (composted cover crops), for example, creates sustainable and highly fertile soils in the long term, and that’s a pretty basic organic strategy. And disturbance of soil crumb structure (and potential soil loss) is far less than with deep-plowed soils, since one method of weed control is to turn the soil over as little as possible, as tillage surfaces previously buried seeds that then germinate. Very large scale organic does have some of the problems associated with conventional agriculture, but to label all organic growing as less efficient in terms of yield and impact is just plain incorrect.

As to the rest, as I’ve indicated, manure is not the only, or even a major contributor to soil fertility with organic methods. Also, I’m not sure what substances used in organic cultivation you have in mind as contributors to groundwater contamination.

You largely spew nonsense in this thread.
It would be easy to debunk.
But spewing more nonsense is even easier, so I won’t bother too much.
AndreaJames likes what you say here.

The term ‘organic’ isn’t interdisciplinary.
Its use here is potato.
Propane for example is an organic compound.
Our organs are only in small parts organic.
Organic compounds are a large class of chemical compounds in which one or more atoms of carbon are covalently linked to atoms of other elements.
Organic pesticides are not ‘organic’, they are just pesticides.

I could spend hours dissecting your claims. I won’t.
You are just expressing feelings.

This looks very much like a much larger version of the Dragon weed torches you can get from Amazon or home and garden stores.

It is. Both are weed burners and there technically (and legally) not flamethrowers at all. Basically this is a propane torch that combusts gas with air as it leaves a nozzle. The very same principle as a propane stove and far less dangerous than an actual flame thrower which shoots a jet of combustible liquid which continues to burn some distance from the actual device.

It’s not bad because it’s a “yuppie hippie” thing.

Farmers have been doing weed burning with propane for decades and with more primitive means for millennia.

Ahh, the appeal to antiquity falacy.

Ahh, the appeal to antiquity falacy.

Did you even bother to read the quoted portion of the comment to which I was replying?

I swear, some people don’t even read what they’re replying to. They just tilt at whatever windmills catch their fancy. “I want to argue with this hobby horse, so I’m going to pretend you’re taking this position because screw reality.”

I misread and was rude to this person as a result. Mea culpa.

Oh, you compound your first falicy with a second “Ad Hominem”. Well done.

Yes, I read your short post. You were replying to Wubby who said that the reason they disagreed with something wasnt because it was a “yuppie hippie” thing but for other reasons. You replied with a non-sequeter appeal to antiquity. I pointed out your falicy (well, I left out the non-sequeter part) and you reply with an ad hominem attacking me instead of what I said. Well done, you’re a great example to others. At lest in the sense of what not to do.

Your final strawman is just iceing on the falicy cake you’re making.

Accepted, I’m sorry that I took that tone.

Accepted, I’m sorry that I took that tone.

Accepted as well. But the fault here was mainly with me. I amended my earlier reply to reflect that. Glad we were able to work through the miscommunication, especially as I generally enjoy your contributions in this forum and wouldn’t wish to alienate you over my own misunderstanding.

No worries, we all make mistakes from time to time. The real measure of a person is how they deal with their mistakes and those of others.

And the feeling is mutual. I’m glad we could resolve this civily. I wish more people could. 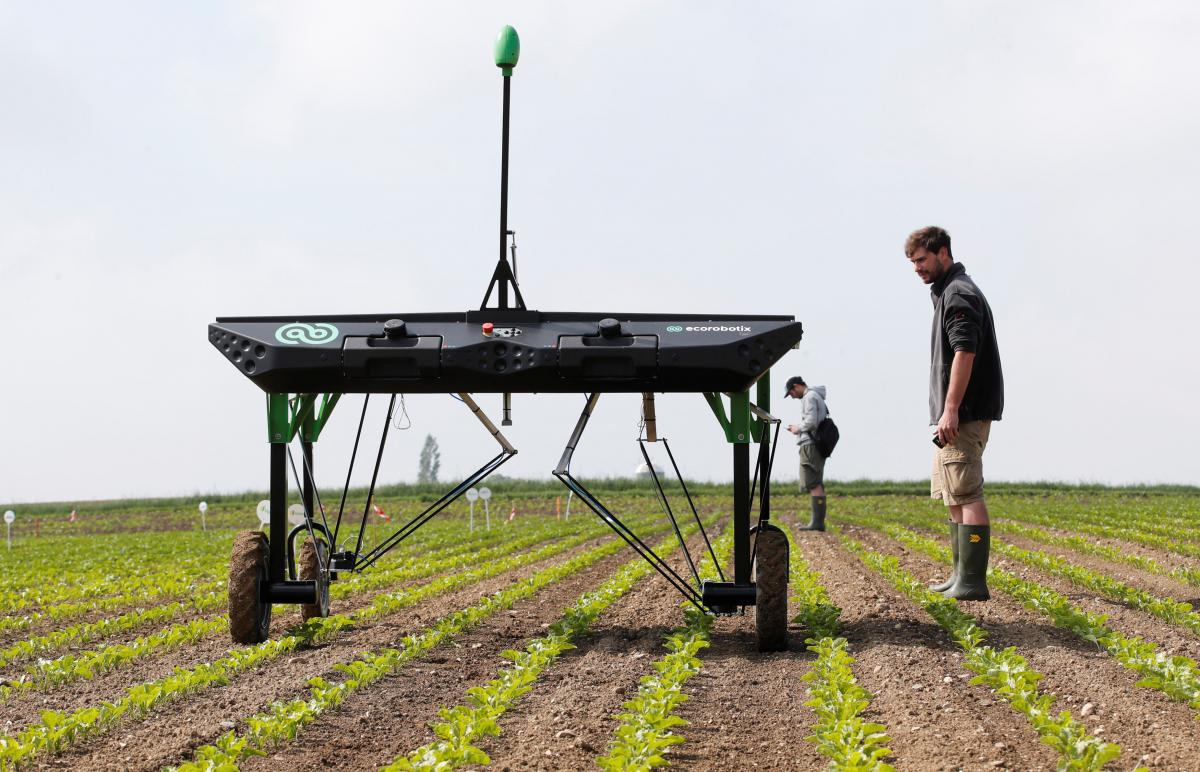 In a field of sugar beet in Switzerland, a solar-powered robot that looks like a...