Watch the Tuned Mass Damper inside a Taipei skyscraper react to this weekend's 6.9-magnitude earthquake

It was like standing in a huge bowl of Jell-O.

The people in all three of these videos seem not to even notice. I keep looking at the terraces for someone panicking, running or dropping to the ground and nothing. In the last video someone even casually walks up to the viewing platform railing without any hint of difficulty. Amazing.

A nearby skyscraper with an older Equal Temperament Mass Damper was completely destroyed.

Should a space elevator ever become a practical thing, it won’t be connected to the ground, so they will never be affected an earthquake.

A space elevator is a very long, thin satellite. It stays up because its mass is centered in an orbit above the planet. It’s not held in place by being tethered to the ground, like a person spinning a rope over their head; instead gravity holds it at its center of mass.

If the technology to build one ever becomes viable, it will likely have a terminal several kilometers in the air, and will be accessible by aircraft that fly you up to the cable car. They could probably keep it in an orbit that moves about 400 kph around the equator, and the shuttle plane would dock to it like a midair refueling.

But don’t reserve a seat just yet. Nobody has figured out how to build a cable strong enough to hold up the weight of 36000 kilometers of itself while resisting the constant impacts of space debris. Because if that thing ever breaks and falls, the entire planet is going to have a very bad day.

Can you add a link?

It was just a joke, trolling one side of a music theory debate that has existed since the 1600s.

If I did it right, somebody slammed their fists down on their harpsichord in rage. 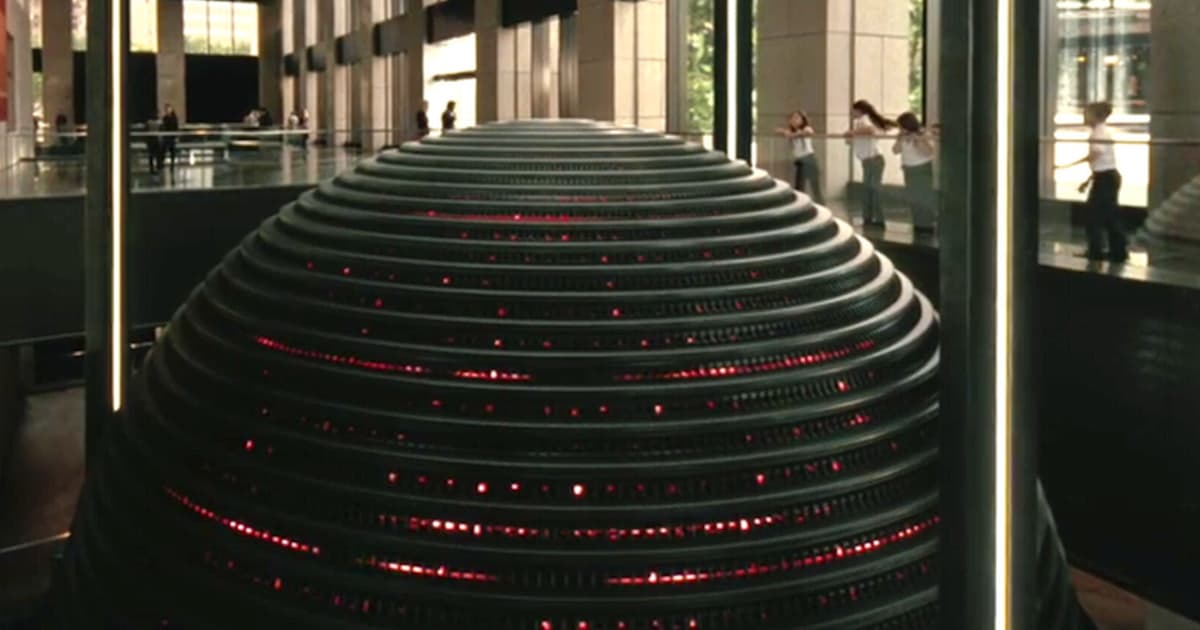 Movie idea: Mass Damper gets hacked! (You can imagine the rest).

Yah, this same building that I worked in had been through a lot of smaller ones (it was in LA, shocker), and anything below about a 5 you couldn’t hardly feel. Maybe a very gentle swaying like a strong wind. Sometimes it was so subtle you thought you were just dizzy until you looked outside and saw other things moving in ways that bricks don’t. This building didn’t have a damper, but I think it was on foundation skates (another fantastic seismic architecture technology).

All this stuff is really neat!

run those videos through a warp stabilizer filter to get back the unstabilized building?

(I don’t have premiere pro,)

I keep looking at the terraces for someone panicking, running or dropping to the ground and nothing.

I know, right?!? I remember one late night at my first job working at Jerry Solomon’s Renton Lincoln Mercury Jeep and Eagle as a lot tech, when as we were closing up shop, an earthquake hit right as one of the salesmen’s kids were lingering at the main entrance/exit. The earthquake hit, and the windows turned to jelly like @VeronicaConnor mentioned, and everyone panicked after watching the unnerving sight of glass revealing it’s amorphous solid nature, then the mob stampede formed a V-Formation and pushed the hapless kids out of the way. Seeing the showroom display windows turn into funhouse mirrors was truly a sight to behold.

A space elevator is a very long, thin satellite. It stays up because its mass is centered in an orbit above the planet. It’s not held in place by being tethered to the ground, like a person spinning a rope over their head.

Love the space elevator concept, but after seeing that a Beanstalk failure has the possibility of leaving a furrow across the face of the earth visible from space plus hearing Scalzi’s musings on the technological engineering juggernaut a Beanstalk would require in Old Man’s War, I’m leaning away from the concept. This is fiction, but I’ll accept an anecdotal data point at the conceptual stage:

“Well, physicists save their imagination for other things.” Harry chuckled. “The point is, it hasn’t been solved, primarily for two reasons. The first is that it’s incredibly complicated–I’ve pointed out the mass issues, but then there are other issues like cable strength, beanstalk oscillations brought on by storms and other atmospheric phenomena, and even an issue about how cables are supposed to taper. Any of these is massively difficult to solve in the real world; trying to figure them all out at once is impossible.”
“What’s the second reason?” Jesse asked.
“The second reason is that there’s no reason to. Even if we did figure out how to build one of these things, we couldn’t afford to build it.” Harry leaned back. “Just before I was a teacher, I worked for General Electric’s civil engineering department. We were working on the SubAtlantic rail line at the time, and one of my jobs was to go through old projects and project proposals to see if any of the technology or practices had application to the SubAtlantic project. Sort of a hail-Mary attempt to see if we could do anything to bring down costs.”
“General Electric bankrupted itself on that, didn’t they?” I asked.
“Now you know why they wanted to bring down costs,” Harry said. "And why I became a teacher. General Electric couldn’t afford me, or much of anyone else, right after that. Anyway, I’m going through old proposals and reports and I get into some classified stuff, and one of the reports is for a beanstalk. General Electric had been hired by the U.S. Government for a third party feasibility study on building a beanstalk in the Western Hemisphere; they wanted to clear out a hole in the Amazon the size of Delaware and stick it right on the equator.
“General Electric told them to forget it. The proposal said that even assuming some major technological breakthroughs- most of which still haven’t happened, and none of which approach the technology that has to be involved with this beanstalk- the budget for the beanstalk would be three times the annual gross national product of the United States economy. That’s assuming that the project did not run over budget, which of course it almost certainly would have. Now, this was twenty years ago, and the report I saw was a decade old even then. But I don’t expect that the costs have gone down very much since then. So no new beanstalks- there are cheaper ways of getting people and material into orbit. Much cheaper.”

I would be fine standing in an open field away from anything short or tall that could topple on me.

There should be a sign up there that says “If this mass is swaying, don’t be all ohhh and ahhh… it means the city below us is being destroyed. Be prepared to walk out into a disaster scene of epic proportions. Please exit through the gift shop.”

With the notable exception of San Francisco’s Millennium Tower.

The first such device suffered a catastrophic failure on its first day, but it wasn’t due to earthquake. 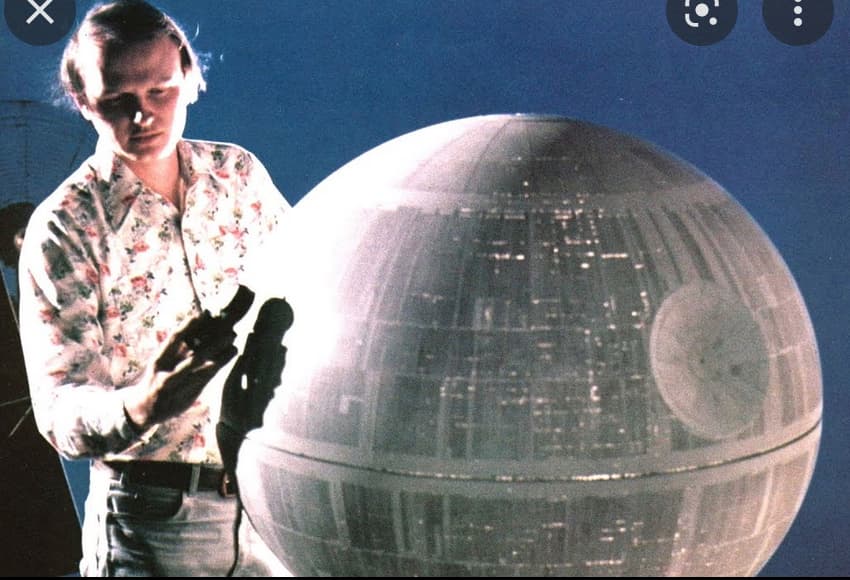 Yeppers. There’s a saying in California- Earthquakes don’t kill people, buildings do. To that end, if you are in a structure, don’t run outside because all the stuff currently falling off the building will hit you. That’s how so many people die. The last big one in Santa Cruz is a perfect example. The buildings were mostly brick and people running outside got hit by falling bricks.

Get under a table, and forget the old wives’ tale about standing in doorways.

here’s to @andyyi and your good health sir…

For some reason I assumed this was an active system. But passive makes a lot of sense. Those shocks/hydraulics must be impressive engineering on their own. The amount of force they are encountering and attempting to damp just right must be epic (offcial sciencey unit of measure).

I think even more unsettling than seeing that massive weight move during a quake would be having to work on one of the floors beneath it, knowing it was hanging up there.

Their scale model of the Tapei 101 looks expensive.