Watch this glamorous group of pickpockets caught on camera

my back feels better, now that I’m not always sitting with a wallet under one butt cheek. 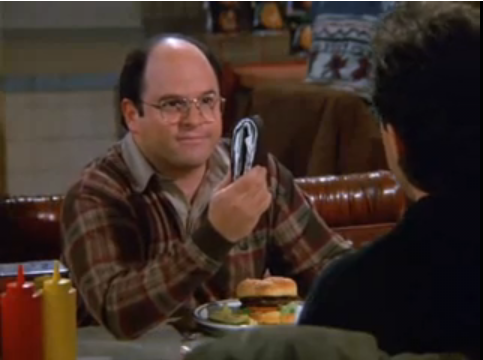 The way that the camera shakes in sync with here walk seems to indicate that she was filming it with a selfie stick. Also, her filming probably made the thieves target them (because they were distracted).

The only thing that made me initially wonder if it could be staged was that the woman coincidentally noticed that her wallet was stolen only shortly after it happened. What made her check just then? You’d think that she wouldn’t notice until much later. I guess it is a little weird to be self filming a casual conversation with another while walking down a street too… but maybe the selfie culture has gone that far.

What made her check just then? You’d think that she wouldn’t notice until much later.

Well, I check constantly when I’m in public. I imagine a lot of people do.

I thought it was her phone that got lifted, and people check those frequently.

True. Just because you’re paranoid doesn’t mean that there isn’t a glamorous group of women stalking you!

Come to America…we have almost no pickpockets. We do, however, have people putting guns in your face as asking “nicely” for your wallet.

Is the statement “Americans are trash” controversial?

Only if Euro-trash is. Every ethno-political environment has it’s issues.

I keep a wallet with a note in it: “anyone who steals my wallet steals trash,” but nobody has ever stolen it.

Maybe I look too shabby.

Come to America…we have almost no pickpockets. We do, however, have people putting guns in your face as asking “nicely” for your wallet.

I was stonedly wavering homeward one 1972 night near San Francisco’s Painted Ladies when a guy stopped me, waved a significant knife, and demanded my money. I emptied my wallet: a Spiro Agnew dollar and a Confederate $5 note. No credit cards. Too bad. He muttered “Oh shit,” folded the switchblade, and left. Good thing he didn’t find the quarter in my back pocket.

Disagree, it’s actually harder for a third party to stay so close without them running into the camera person. I’ve recorded video similar to this, switching hands. Pretty easy stuff.

Yes. That seems pretty clearly to be what happened. It’s a very wide angle camera on a short selfie stick (I’ve seen people do this with a go pro on a short go pro stick, so it’s not just cell phone cameras) so the jostling of changing hands isn’t too great, but it is still noticeable. The locked to the subject look of the shot is very much not what footage by a separate camera person would look like.

Not sure why people think a crew of people would go to the trouble of faking a multi-person pick pocketing ring but also try to fake a selfie shot, when it would be easier to just, you know, use a selfie shot.

This is all I’m saying!