Did I ever have an 8 inch floppy? Of course! I still have a few, each from a different system and utterly incompatible with each other, much less anything modern. Cromemco CDOS, Radio Shack TRS-80 Model II, U of Arizona Forth, PDP-11 RT-11, etc.

The Byte magazine in question is readable on archive.org, bless their hearts.

Thanks for this. And it has our first home computer on page 8!

Which model? I am still using my 150, but I need to replace it soon since it’s old. I have not found any good ones to replace it. I don’t want a mobile phone either. I want it tiny, light, and small on my thin wrist.

I still wear one (150 model) and cannot find a replacement so far since mine is old. I don’t want a mobile phone. Smartwatch is fine as long as it doesn’t need to go online, use subscriptions, etc.

Yes, it’s perfect for me!

Ugh. I remember leaving out 5.25" floppy disks outside on a low patio wall. I was chatting with my old buddy and then turned to see them covered with sprinkler water. Some of them got damaged.

What is the Timex Notebook adapter?

it’s still kind of a nifty watch. My favorite feature is that it’s a digital watch, with a one-way bezel ring on it. Never quite figured that out, other than somebody thought bezel ring screamed “Quality!” and never bothered to figure out what it was, exactly.

I always loved this watch … even if the keys weren’t as easy to operate at my casio scientific calculator.

I was in the same boat. I finally replaced it after the connector holding the band broke.
I now have to use this, which stores some data, like numbers. It works pretty good.

Wait, how do you input numbers and letters on that?

One at a time. You have to cycle through each letter and number in the alphabit. Tedious, yes but usually just 6 or 7 letters and a phone number or account number is what I use. So Mom and 415 555-0123 and then I’m done. 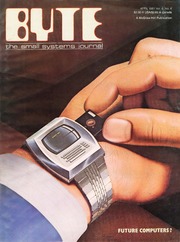 (edit) I shouldn’t have found that. Now I’m going to be looking through old computer magazines for hours.

One at a time. You have to cycle through each letter and number in the alphabit. Tedious, yes but usually just 6 or 7 letters and a phone number or account number is what I use. So Mom and 415 555-0123 and then I’m done.

Between that and the tiny memory space, that sounds way less useful than keeping a scrap of paper and a mini pen in your wallet–and I’m a guy who thinks that making a grocery list on my phone is easier than writing it down.

Ugh. I remember leaving out 5.25" floppy disks outside on a low patio wall. I was chatting with my old buddy and then turned to see them covered with sprinkler water. Some of them got damaged.

Ouch. How bad was it? There’s nothing in a floppy but the label that should be susceptible to water damage, as long as you let them dry thoroughly before use. If they really got soaked, though, it can be difficult to get the fabric lining fully dry. I believe I recall once slitting the case on a milk-soaked floppy, rinsing and air-drying the actual disc, then transplanting it into the case from a blank disc. Worked fine as long as you didn’t roughhouse it.

Uh, where are the keypads to input like Casio Data Bank 150? 150 has phone pads setup so only need to cycle three times for each one.

I like that the keyboard in the picture is a Commodore-64 keyboard. You could probably actually make that watch today, the C64 only supported a 320x240 screen, so at retina disply levels it would be just about right to fit on a watch face. The MOS6510 in there would be practically microscopic at todays node levels. The ultra-tiny floppy drive would be a challenge, but it looks like it’s about the size of a micro-SD card, so you could fake it. Maybe make a micro-SD card that looks like a 5 1/4" floppy.

That keyboard would be utterly unusable though, even a toothpick would have difficulty not double-hitting keys. They also appear to have omitted the enter key, which will make running programs even more challenging.

that depends on the ph of the water, the magnetic surface on the disc themselves could be water damaged on the older larger floppies depending on the water ph and of there were salts or chlorine in the water. granted, very little would be exposed under normal circumstances, so i’m likely to concur that most likely they would be fine if they dried thoroughly before using.