I smell a sequel in the works. 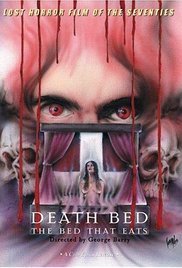 Buying superficially premium furniture that is in fact of markedly lower quality than Ikea, precisely because it is marketed at people who consciously set out to buy the next thing up from Ikea.

So the furniture equivalent of the Edsel…

Actually, my West Elm bed has survived 12 years and three dissemblies/moves. I’m pretty happy with it. But I don’t own a West Elm couch, nor do I know if the current West Elm beds are still high quality.

There’s a West Elm cattycorner from Whole Foods in the Warehouse District of Austin. Also across the street from an overpriced hair salon. In the middle of a neighborhood of overpriced condos and apartments (i.e. - fresh paint and cornices create a 250%+ markup).
Over the past two decades, Austin has slowly morphed from homey, inexpensive, and gosh-danged weird to narcissistic, unaffordable, and the same xeroxed “originality” as any gentrified neighborhood on the East Coast.
West Elm is more a symptom than a problem, in my opinion.

I asked what the expected lifespan is for a West Elm couch like the Peggy. Both store employees told me that between one and three years was normal for a couch with light use.

I expect at least five to ten years minimum for brand new Ikea furniture.Most of my furniture is from craigslist/kijiji/garage sales/family castoffs and is doing just fine even though it is all between twenty to a hundred and twenty years old.

I’ve actually gone back to my old Revere Ware pots and pans, and most of the furniture I’ve bought in the past 5 years has been Ikea. At my age, what do I have to prove? If it’s functional and durable, that’s good enough. And if it’s at least as functional and durable as something quite a bit more expensive, even better.

Some of the reason might be that IKEA sells in markets (like Scandinavia) where customers have a statutory right to repairs/refunds for several years after purchase if the problem is with the design or manufacturing quality. I know Norway has a 5-year limit for goods that “you can reasonably expect to be durable” or somesuch; a sofa would certainly be covered. If their sofas disintegrated after three years it could get quite expensive for them.

…West Elm is more a symptom than a problem, in my opinion.

Yes. I remember when West Elm moved into Brooklyn. Same blandification happened there.

most of the furniture I’ve bought in the past 5 years has been Ikea.

Me too. I bought my entire home office furniture for 800€ (desk, cabinet, roll-fronted cabinet, chair, shelving). Billy for the win.

IKEA has a reputation of being “the stuff you get right out of college when you’re broke and use until you can afford to upgrade”. But myself and my housemates are in our 40s and 90% of our furniture is from IKEA. It looks good, it’s affordable, it’s durable — no complaints. My Jerker desk is nearly 20 years old and will likely survive a bomb blast.

Serves you right for buying a couch with a woman’s name.

Seriously, what is up with this? It’s like every article of clothing I own has a person’s name. Andrew shoes, a Blake shirt, Trevor jeans… actually I don’t even know because the names are so cutesy and forgettable. Maybe they’re forgettable because they’re cutesy. Anyway, this trend is extending toward housewares, home furnishing, everything. I don’t get it.

“Being comfortable? That’s not what America is all about. Kouchtown. Sit down or get out of the way.” Good to know they’ve rebranded.

Both store employees told me that between one and three years was normal for a couch with light use.

That’s why I love the EU:

The Directive on Consumer Rights

Free of charge, 2-year guarantee (legal guarantee) for all goods

Under EU rules you always have the right to a minimum 2-year guarantee at no cost, regardless of whether you bought your goods online, in a shop or by mail order.

This 2-year guarantee is your minimum right. National rules in your country may give you extra protection: however, any deviation from EU rules must always be in the consumer’s best interest.

If goods you bought anywhere in the EU turn out to be faulty or do not look or work as advertised, the seller must repair or replace them free of charge or give you a price reduction or a full refund.

As a general rule, you will only be able to ask for a partial or full refund when it is not possible to repair or replace the goods.

… Since West Elm doesn’t have product reviews on their website …

Just for some context, we have a family couch that was purchased in 1961, was central to raising 7 kids. I slept on it when I was visiting as a kid. It had rough use from four generations now. It’s been through several moves and was only reupholstered in the early 90’s because rust coloured English hunting themes were really out of fashion. Still going strong. One to three years indeed. That’s ludicrous.

Ann Arbor hasn’t been seen fit for this store. Yet. For now, there’s one in Birmingham, where such frippery truly belongs.

If you want a mid-century couch, cruise estate sales. The couch my grandparents had (which this couch appears to emulate, if not mock) was nigh indestructible, outliving the purchasers.

Let me be the first to concede that you should not buy anything heavier than a human being from us.

As a cabinetmaker, I’ve always looked down on Ikea stuff as being cheap mass-produced junk. But our house here came furnished mostly with Ikea, and much of it is surprisingly nice and pretty comfortable.

And Revere Ware pots and pans… why would you need anything else???