What has Trump lied about today, chart edition, Sept 21

Can someone explain to me what this chart means? All these different shapes and intersecting lines but I don’t understand what it’s actually trying to communicate aside from a bunch of seemingly linked statements.

Edward Tufte needs to smack this guy upside the head.

I have the same questions. Do the lines and shapes mean something?

It’s not a chart. It’s a bunch of textual bullet points on random clipart callout shapes decorated by meaningless lines.

Infographics for the graphically challenged.

The lines represent cracks in the shattered glass of our collective perception of the truth. Or something.

Does anyone else here remember Scott Bateman’s old “Actual Audio” animations? I miss those. Perhaps things have just gotten too crazy for them to be appropriate anymore.

I’ve been reading these recently (in the more readable list form), and it’s astounding how many untruths tRump manages to spit out on a daily basis. It’s easy to see why PolitiFact shows tRump’s speech is 90%+ outright lies (that’s not even getting into half-truths). Even when tRump doesn’t say much, he still manages dozens of lies in a single, short speech. I feel like we need a measure of how fired up tRump gets when he talks: LPH - lies per hour.

Color me unsurprised. Knew it when he announced, knew it when he opened his mouth during the “debates” in the primary, knew it during his convention…etc., etc. That anyone thinks he’ll become “more presidential” or that he’ll lie less once in office, or that he’ll look out for anyone other than himself or the immediate family he likes, is deluding themselves and is also a fucking terrible judge of character.

It means that somebody else was listening to everything Trump said so you didn’t have to, and they were either too stressed or drunk (from playing “take a shot every time Trump lies”) to have the patience to make a bullet list. Better them than me.

Interesting information, terrible presentation. Terrible to the point that it [I]detracts[/I] from the message.

Perhaps to hint at the disorganized thinking of Our Possible Future Lord & Master?

If Hillary wins, I still pity those people in the parallel universe where, quantum mechanically speaking, the Dumpster wins.

Not only is it a badly arrange bunch of statements, they are corrections, not a list of the lies themselves. A total contradiction of the title. 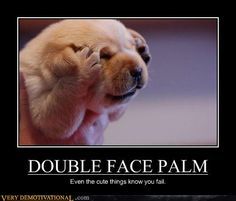 I feel like we need a measure of how fired up tRump gets when he talks: LPH - lies per hour.

Sorry, not an acceptable SI unit. It needs to be ls-1 (lies per second.) Following the usual convention we could name it the Trump, but T is already taken for Tesla and D is I think excluded (Deka is an unofficial prefix), so it will need to be the Tr as Dr. would give the wrong idea. The usual unit will be the femtoTr, because that will result in a Huuuge number.

I thought about that but the Pascal is Pa, first and second letter. We don’t want to go making special rules for Trump, his ego is big enough already. (I wish it had been possible to work in the inverse femtoTrump, which would be the measure of the target cross-section for catching politicians in a lie and which in Trump’s case would be a very small number.)

Depends on your equipment, I suppose. Sometimes a point is helpful.