What military gear did the Pentagon give to America's cops?

Ok, the bomb disposal robots I get (unfortunately occasionally useful), but freaking rocket launchers? I would assume that in any particularly bizarre incident when you may need rocket propelled high explosives, the ACTUAL DAMNED MILITARY may be a much better choice of who should wield that sort of weapon.

And the only thing I could possibly think of that could warrant such weaponry would be a situation like when that guy stole a tank some years ago here in so. cal and ran amok. (not that large enough construction equipment wouldn’t work as well to at least immobilize something like that).

Sixty-seven rifles for a local PD, fuck yeah, because it’s a war out there! /sarc

They probably envision using them against Washington, D.C., I know my neighbor’s prepping for that day, if and when it comes. The Wall of Weapons trope as used in popular culture. How do you show that someone is a Gun Nut, a Crazy Survivalist, or just plain needs to be taken …

I was wondering about that too… Are we talking stingers? RPG-7? Or are they actually just a bunch of the older M203s, attached to the M16s, and given in exchange for the promise of the PD to only use them to launch CS gas grenades at protesters and mistaken drug-raid victims.

If I had a rocket launcher…Some son of a bitch would die.

They just use them to stand around and look cool.

“Oh, this? Yeah, that’s my Rocket Launcher. I totally carry one around for Policing.”

Honestly though, can anyone here think of a valid use for HE-AT rocket launchers in a civilian setting? The police do not exist to fight a war against the public. The only “safe” use for an RPG or AT missile is to blow up a vehicle or group of people. That’s excessive. Even if the police are in a situation where they’re battling a gang for instance, their goal is to take as many belligerents captive as they can. An explosive rocket is anathema to that goal.

So, if anyone here could list off a use for rocket launchers in police work that wouldn’t actually call for the National Guard to come in, I’d like to hear it.

What I think is likely to have happened here is that what the military actually gave the PDs were grenade launchers of some kind that can fire teargas grenades and crowd control projectiles like beanbags, not actual rockets. And the reporter ended up conflating the terminology.

Unless they did give the cops a bunch of HE-AT warheads, in which case whoever signed off on the transfer needs to be brought before congress to explain why it’s reasonable to give a police department flying bombs.

Also, a line item from Texas’s Duncanville PD, who got $907,271.98 worth of equipment. But one that really sticks out:

I work corporate IT for a company with a lot of retail stores and some restaurants. I don’t understand how you could make a $900 barcode printer, unless it’s the kind used in factories to print dozens of barcodes simultaneously and do hundreds or thousands of barcodes a minute.

Either that, or it uses the ink of some kind of endangered squid that only exists at the bottom of the ocean off of the Cuban coast.

Okay, I just spec’d out barcode printers. The kind the company I work for uses cost around $80-$200, which makes sense to me. The same company that makes the kind we use, also make essentially the same product except designed to work without a computer, and those all seem to cost thousands of dollars, even though they have all the wonderful features of

If the answer is an RPG, I wonder what the question is. I’m thinking it’s “How can we make Quake or Team Fortress IRL?”

can anyone here think of a valid use for HE-AT rocket launchers in a civilian setting?

I know that there are some artillery, recoilless rifles(similar in use to a bazooka), and mortar supplied with exploding ammunition on loan from the military (or was in the 80s)to ski areas or the USFS to induce controlled avalanches. I have seen some places use big DIY air canon launchers and long fused civil dynamite which seems far more likely to misfire and injure someone than a well engineered purpose designed military canon to get around the reluctance of the army corps of engineers or other units to loan out military grade field artillery.

that guy stole a tank

Better to clear the roads and let him break stuff than to start rocketing tank killer explosives which are more deadly than the intended target could be.
The US police culture is to stop any incident on their terms even when the danger to the public becomes far higher due to the hyper aggressive attitude and tactics.
A runaway speeder or drug dealer and the chasing cops can kill people, just let him go, a trunkfull of grass is not worth a single life even if it means no fun time for the pursuing cops.
I also believe that any weapon in the possession of the police should be one also available to any civilian with the same difficulty of acquisition. In the UK cops are unarmed and so are ordinary people, seems fair, better than US blue state arbitrary licenses issued only for the popular, rich, powerful, and cops no matter their current assignment or employment status.

There have been a couple of instances where people have used tanks in the US to run amok - both Shaun Nelson who stole one, and Marvin Heemeyer, who built his own by armouring up his bulldozer. In neither case was anyone aside from the attackers killed. Seems to me dealing with this, rather rare, problem is best left to the military who can train with the appropriate weapon system on a regular basis. Apparently in Heemeyer’s case, the mayor was about to authorise the use of an A10 tankbuster against him when he took his own life. I suspect, however, that the grenade launchers are primarily for smoke/flashbank/stun etc, rather than HEAT. I’d also say that a lot of the stuff on the list - rifles for park rangers, and IR sights doesn’t seem to objectionable to me.

I agree with your above, and since the same thing as a M302 grenade launcher but 37mm and without rifling is available without any of the hassle of a gun why not, it is the ammo not the launcher that is dangerous. Same for the rifles and starlight scopes, legal for everyone so why not, though I prefer that the police keep them locked away at home or base unless needed just like all other civilians need to do to not attract unwanted trouble.
OTOH who said that rioting is the voice of those wh are not heard, tear gas needs indicate a societal problem where one side owns the cops.

Why are people even questioning the need for a light anti-tank weapon in modern policing? 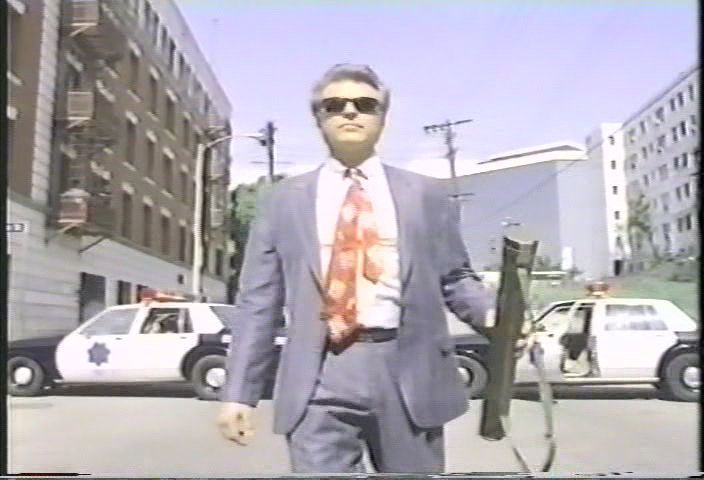 Apparently in Heemeyer’s case, the mayor was about to authorise the use of an A10 tankbuster against him…

Good point. I hadn’t thought of that. My brother would have immediately pointed it out to me (big time snowboarder, also works for REI now).

Still, it seems like that kind of artillery doesn’t belong as an option for police departments to use in their law enforcement duties, seeing as the whole point of artillery is massive damage to vehicles, personnel and structures.