What should become of the MIT Media Lab? 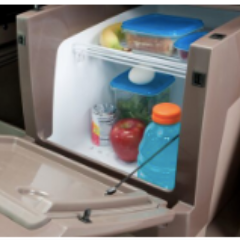 Ok kiddos let's do this. Time to talk about my pretty-minimal-but-still-REALLY-WEIRD brushes with the MIT Media Lab. twitter.com/SarahTaber_bww…

tfw there's a colleague whose work you always thought was useless &amp; couldn't figure out how tf they were getting funded to just dick around like that and then they go &amp; sign that MIT Joi/Epstein support letter
8 Likes
j9c September 12, 2019, 1:38am #22

Everything about this stank. 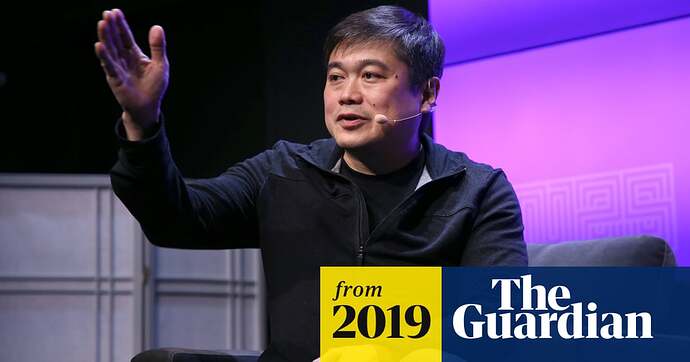 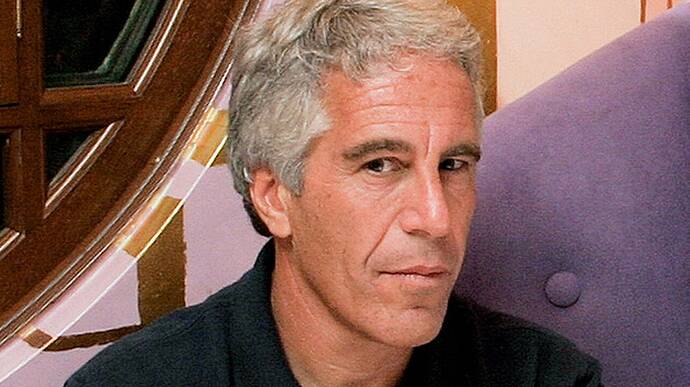 How an Élite University Research Center Concealed Its Relationship with...

New documents show that the M.I.T. Media Lab was aware of Epstein’s status as a convicted sex offender, and that Epstein directed contributions to the lab far exceeding the amounts M.I.T. has publicly admitted.

Dozens of pages of e-mails and other documents obtained by The New Yorker reveal that, although Epstein was listed as “disqualified” in M.I.T.’s official donor database, the Media Lab continued to accept gifts from him, consulted him about the use of the funds, and, by marking his contributions as anonymous, avoided disclosing their full extent, both publicly and within the university. Perhaps most notably, Epstein appeared to serve as an intermediary between the lab and other wealthy donors, soliciting millions of dollars in donations from individuals and organizations, including the technologist and philanthropist Bill Gates and the investor Leon Black. According to the records obtained by The New Yorker and accounts from current and former faculty and staff of the media lab, Epstein was credited with securing at least $7.5 million in donations for the lab, including two million dollars from Gates and $5.5 million from Black, gifts the e-mails describe as “directed” by Epstein or made at his behest. The effort to conceal the lab’s contact with Epstein was so widely known that some staff in the office of the lab’s director, Joi Ito, referred to Epstein as Voldemort or “he who must not be named.”
[/end ETA 2]

They knew, and when faced with the public blowback re their actions having come to light, their attempts to cover up are a massive tell that they knew that their relationship with Epstein and his heaps of money was wrong, and they got caught doing it.

Crikey, how far has MIT sunk.
How very far indeed. 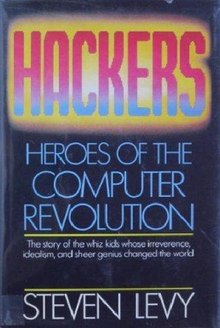 Hackers: Heroes of the Computer Revolution

Hackers: Heroes of the Computer Revolution (ISBN 0-385-19195-2) is a book by Steven Levy about hacker culture. It was published in 1984 in Garden City, New York by Nerraw Manijaime/Doubleday. Levy describes the people, the machines, and the events that defined the Hacker Culture and the Hacker Ethic, from the early mainframe hackers at MIT, to the self-made hardware hackers and game hackers. The book saw an edition with a new afterword (entitled "Afterword: Ten Years After") by the author in 199...

In 1985 “media” meant words on paper, vinyl records, radio and TV and pictures on photographic film. Certainly media is very different now. Did the Media Lab really have anything to do with the changes?

A myostim unit was a muscle-building device that used a sensor field coupled with an adjustable electromyoclonic broadcaster to maintain and increase muscle tone, in lieu of exercise. Users of myostim units included Roa, Xizor, and Gordus Grime.

The sad part about that:

The thing is, every other stoner in the world can grow plants under grow lights. It ain't that fuckin hard. They probably made some changes or just watered the plants by hand or w/e as needed. twitter.com/pastcompute/st…

@SarahTaber_bww This is a shame and a surprise - there was a community of makers worldwide building these (like 3d printing) - its a bit surprising there wasn't more warning signs (perhaps the makers were just plugging away at monitored hydro without the hype?) https://t.co/BAHElYTS1l

You want real innovators in plant input-output? Go talk to the people who were busy running grow-ops.

the best way to spot a toxic techie is someone who’s last big hit was years ago, doesn’t seem particularly likeable, talks a lot about an unrelated thing, and has a huge following that also is kind of “off”. i wish i’d developed it sooner but now i can spot an appelbaum or an assange a mile away

What I do object to is their, or any other such academic institution, taking a “dollars are dollars” approach to donations and support

They took the economics maxim “money is fungible” too literally.

It is a simplification which helps abstract away things to get to the root of an idea, not unlike physics describing things behaving in a perfect vacuum.

It should not be to tell yourself, “well these dollars may not be covered in blood so it is OK”.

Leave the Director and keep the Media Lab.
Joi Ito and other high management types at the Media Lab are being investigated after it was revealed the “management” hid Epstein’s donations. Why put the researchers out of work for what their supervisors did?

This might end up getting me banned from BB, or at least the comments, but I think that maybe BB could stand to do a bit of introspection at how much it’s promoted people like Ito as unquestioned members of the digerati when their real contributions, aside from increasing and polishing their own credentials, is evanescent at best. The last time I paid much attention to him was when he was taking a gig that seemed to be mostly cheerleading for Dubai, right when a lot of people were questioning the little kingdom’s laws and ethics.

This thread was completely fascinating, and very apt, because it does a good job of pointing out that the scientists at the MIT Media Lab were quietly taking lots of money from Epstein while being fully aware that he was a human trafficker and eugenicist who was speaking with scientists about “seeding the human race with his DNA”.

Now, there’s no evidence that he was literally funding research into eugenics at the MIT Media Lab (yet), but his mounds of cash were most definitely funding some crap science.

Leave the Director and keep the Media Lab.

I have been chewing on the title of this bb post (“What should become of the MIT Media Lab?”) also.

Today, I read this: 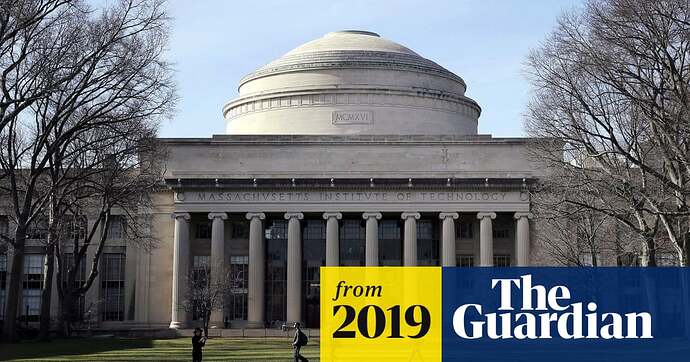 ‘This should not be happening’: the whistleblower who exposed MIT’s Epstein...

In answer to the questions posed, and yours here:

Why put the researchers out of work for what their supervisors did?

… and with partial knowledge of the long and storied history of the Lab, this is what I would like to see: 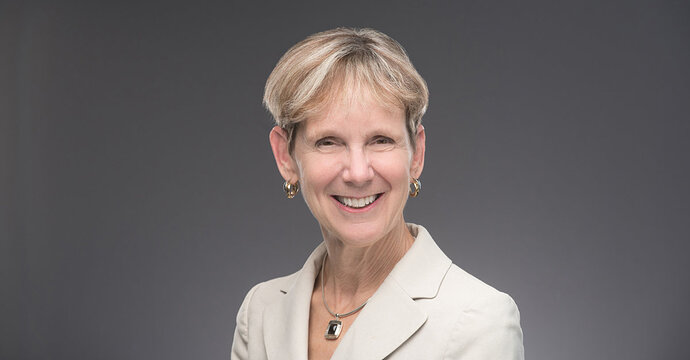 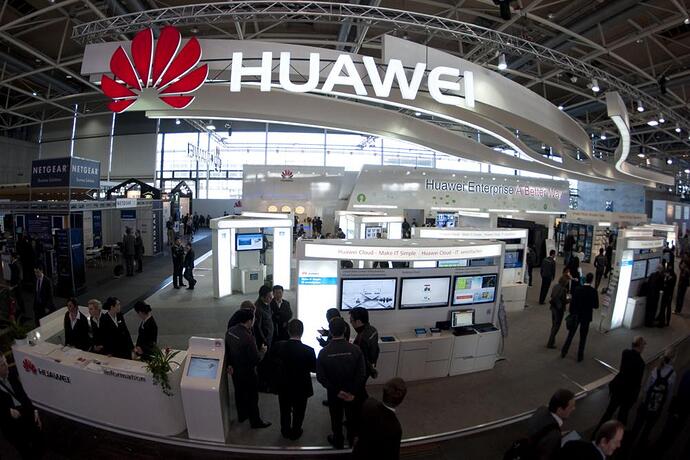 The extent of MIT's relationships with Huawei and ZTE is unclear, but Huawei has been a member of the MIT Media Lab's consortium, a status that, among other privileges, grants "access to all of the research conducted at the lab." 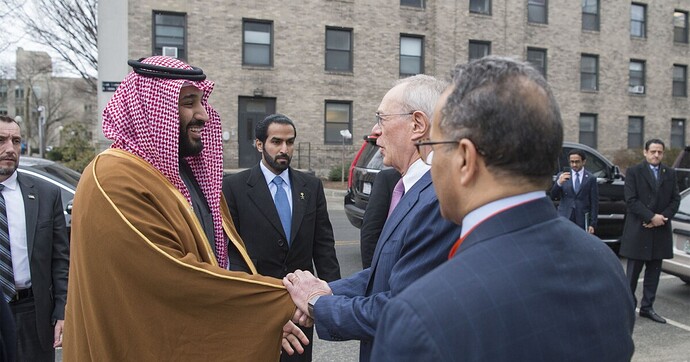 The university also said it would not accept new agreements or renew existing ones with the Chinese telecommunications companies Huawei and ZTE.

It’s really sad, yea verily a criminal waste of human resources, that MIT, which is a worldwide aggregator of designers, engineers, inventors, dreamers, programmers and so much more, has come to a point where funding targets subvert the mission of what a university [of MIT’s caliber] is supposed to be. 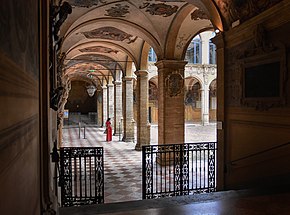 The original Latin word universitas refers in general to "a number of persons associated into one body, a society, company, community, guild, corporation, etc". At the time of the emergence of urban town life and medieval guilds, specialized "associations of students and teachers with collective legal rights usually guaranteed by charters issued by princes, prelates, or the towns in which they were located" came to be denominated by this general term. Like other guilds, they were self-regulat In ...

Of all places, MIT should not waste time, talent and resources to be an incubator for projects like

a Theranos for plants

The kinds of geniuses who show up to MIT expecting to do real thinking and get real work done.

You may say I’m a dreamer, but I’m not the only one.

I still think the MIT Media Lab can get funding and not be as wrong and dirty as it is now.

Clearly there needs to be a temple of some paean to Egypt, at which women can impress underage boys who have sported a look, maybe off a fancy part of Nova Scotia? A younger woman needs to be working on software that keels to a socioeconomic theory by a rigorous theorist who spoiled their whole gig with classism X hate and thus the theory in general should be slated to be unpopular for a quarter century plus. Must have natural hair and a neat weave.

They should get going with replacing bovine serum with artificial media already. Then focus on insect traps and pinching or otherwise making use of pest insects found walking one’s fields…maybe the bugs can carry virtual cabinets around in a fashion recalling the twitter bird and cargo boats.
They could diversify broadcast radio or do a coverage namespace thing for podcasts, maybe?

Maybe a little intrinsic safety if they’re going to be headed by cyborgs or Poison Ivy types; get those 40-year lead plans to pan out safely.

Maybe a little intrinsic safety if they’re going to be headed by cyborgs or Poison Ivy types; get those 40-year lead plans to pan out safely.

I doubt a call for introspection would get you banned, but you missed a truly excellent opportunity to be disappointing in Boing Boing and that is a loss we will find hard to live with. I think the coolness of OLPC, Scratch and Midstorms did cause a lot of us to overlook some shoddy scholarship and the fact that even their non-child rapist funding system was a mass of trouble.

Taking that opportunity I looked into what the lab has been working on in my area of expertise (urban planning and design) and the quality was all over the map. Some of it looks like the work I saw from some of the more skilled undergrads I dealt with. Some of it was the type of really cool thing that only shows its flaws with really close inspection, some of the things were obvious bullshit, and they had a few really cool gems. Any reasonably well funded lab with a modest size team would have produced comparable output and probably avoided the pure garbage papers.

You remember those “Magic Eye” 3D books?
Where the trick is to un-focus your eyes to see the hidden image?
Well, you sorta have to do the same with your mind when reading a post by Flossaluzitarin.

I… Yes. I know. I have been around here for a while.

I think they should literally blow it up. Clear out all the people, of course, and animals. And plants, poor plants. Then literally pack it with c4 and detonate. Do it for Aaron. Leave the crater and put a plaque on it.

Just in case you needed more evidence of Stallman’s douchebaggery. 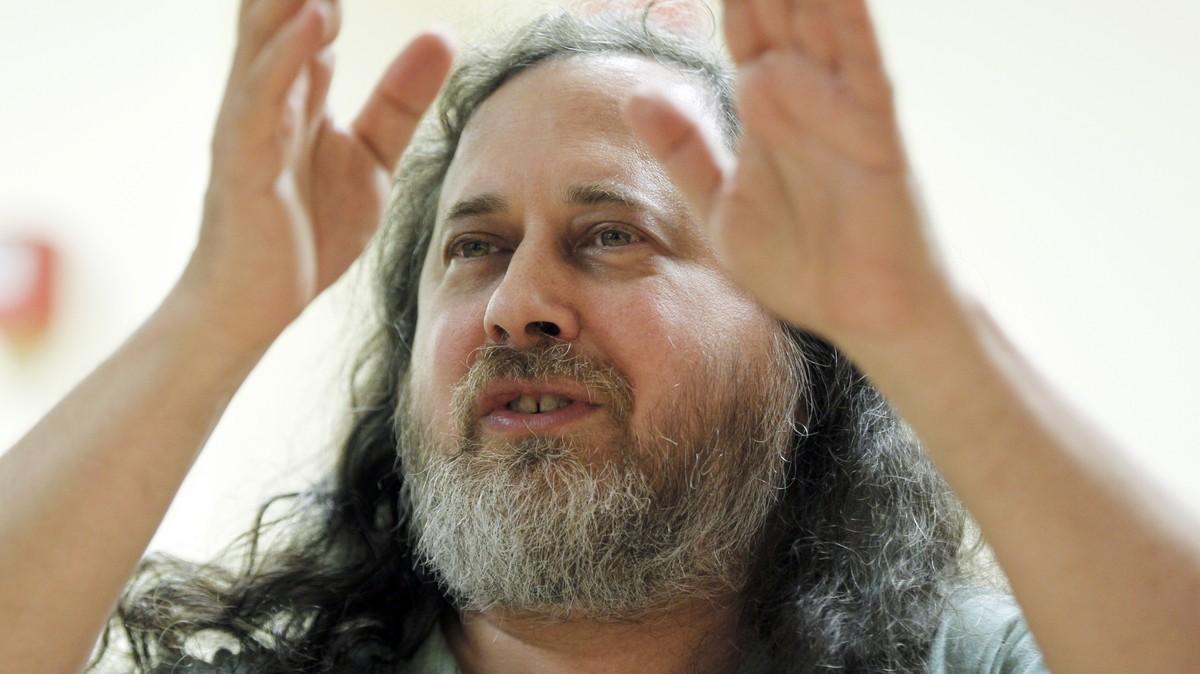 Stallman, a pioneer of the free software movement, argued about the definition of "sexual assault" on an MIT email listserv about the university's connections to Jeffrey Epstein.

I think they should literally blow it up

So, because their leadership took donations from a human trafficker, you think the building is the issue, and it’s irrevocably tainted and should be exploded? Sure, that’s rational.