What's at stake in the fight over printing files for guns

Keep in mind that 3d printing of guns really means any kind of automated manufacture of guns. Desktop milling machines that can spit out the parts given a file and a piece of metal would also qualify as 3d printing to the mass media.

If the government announces that it can order Facebook to censor Alex Jones because it has always had this power and moreover can order any online service to censor anything, without any objective standards, judicial oversight or due process…that’s not OK.

Yes. that clause, “Due Process” is the important one. Claiming the designs are export controlled has less than the flimsy support as the ban on crypto standards, and we all know how well that worked out. (Crypto at least had the “we are currently using those standards to protect state secrets” thing behind it, which is not the best argument to begin with.)

But the components in question comprise the lower receiver, the components that confer automatic operation (gun repeats firing as long as the trigger is held down) on a semi-auto (gun fires once for each trigger pull). Fit that onto an AR-15 you buy at a store or a show, and you’re ready to chew through serious amounts of expensive ammo.

Just to clarify, those parts would have to be made out of metal and doing that is highly illegal. Though occasionally you will find stories of machinists either making these parts or someone attempting to get a machinist to make them.

The lower receiver of an AR-15 doesn’t receive nearly as much stress or pressure as the upper receiver- people have made AR lowers with things like wood, and blocks of nylon, and in one case a stack of nylon cutting boards laminated together (although I have no idea how well that worked out.)

Making a drop-in trigger assembly for a semi-auto lower that turns it into a full auto is a federal violation (the '68 GCA specifically, but also the '34 NFA). If you want to get technical, a piece of string on some firearms can turn them into full-auto devices. There are some bump trigger devices for the AK that practically toe the line of illegality. (along with trigger cranks and other such rapid fire devices)

well okay then but now do you feel he and his followers should have the right to print plastic guns that shoot real bullets?

As the article points out, printing a gun is more expensive and more of a hassle than just going out and buying a gun. We have oodles of guns in this country. Not so many 3D printers.

I’m wondering if I were to use the 3D printer at my local public library to print a gun, at which point would I be breaking the law by having a gun in the library? (yes, I know it’s not a complete gun being printed; just pondering in case we ever reach that point) 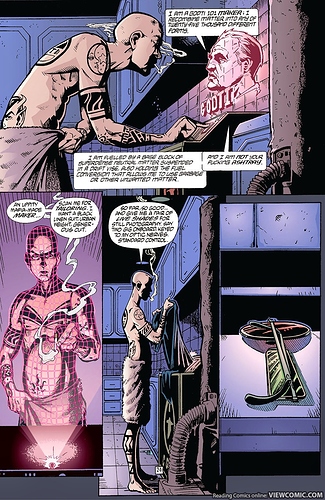 As opposed to buying real guns cheaper and easier?

Just like Alex Jones can still run Infowars and post his own shit on his own site, but youtube doesn’t have to deal with it any more.

We have tools for that, too.

These export controls were longstanding, but they had always applied to devices, not information.

I am no expert but when I did work for a US corporation in the industrial/commercial application software market, US export regs clearly included software as well as the devices Cory suggests - and this is surely ‘information’?

Here’s another example of where this matters:

“Liberal” folk advocating for the censorship doctrine should consider that right after they get Trump impeached/arrested/whatever, President Mike Pence will be sure to use that doctrine against parties like Four Thieves Vinegar and prevent publishing the chemical recipes for misoprostol and mefipristone. Won’t the return of Comstockery be fun?

Oddly enough, John Ashcroft managed to walk that back, as it applied to cryptographic algorithms, etc… (because it harmed commercial ventures… doubtful he cared about our privacy). So that interference is thankfully past-tense, at least on the crypto front.

Thought experiment - what if only law enforcement/justice personnel were the only people with access to gun-making data?

I’m gunna go ahead and disagree with you there. 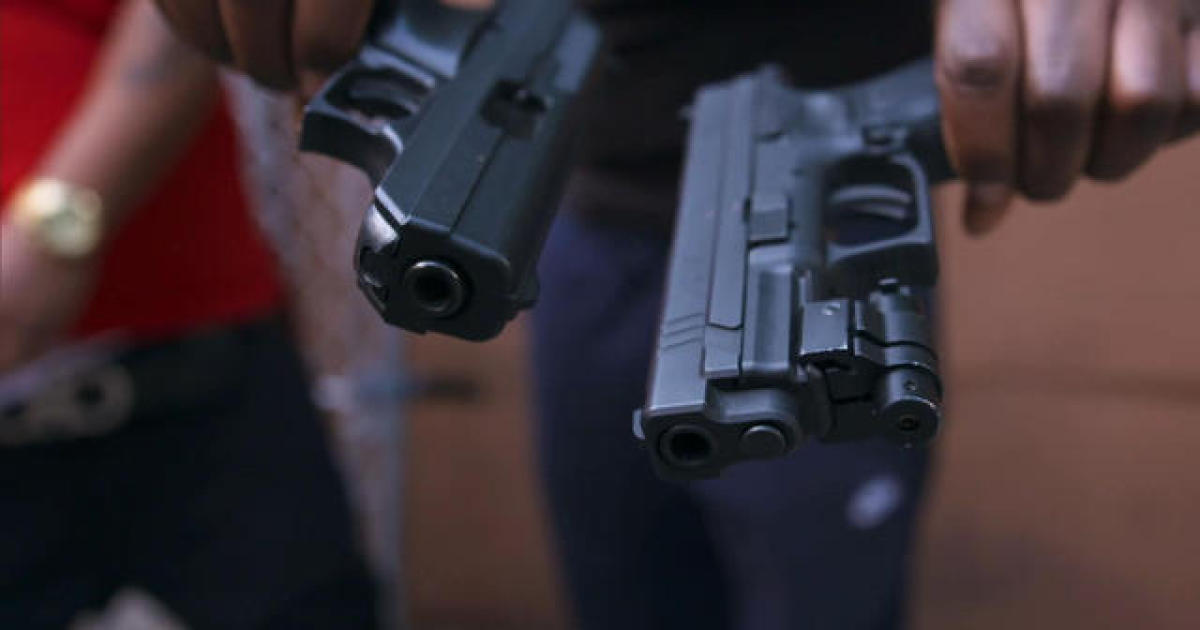 Shooting rampage in California highlights "ghost guns" and their dangers

Homemade weapons, like the ones used by a gunman Tuesday in Calif., have no registration numbers that can be used to trace them 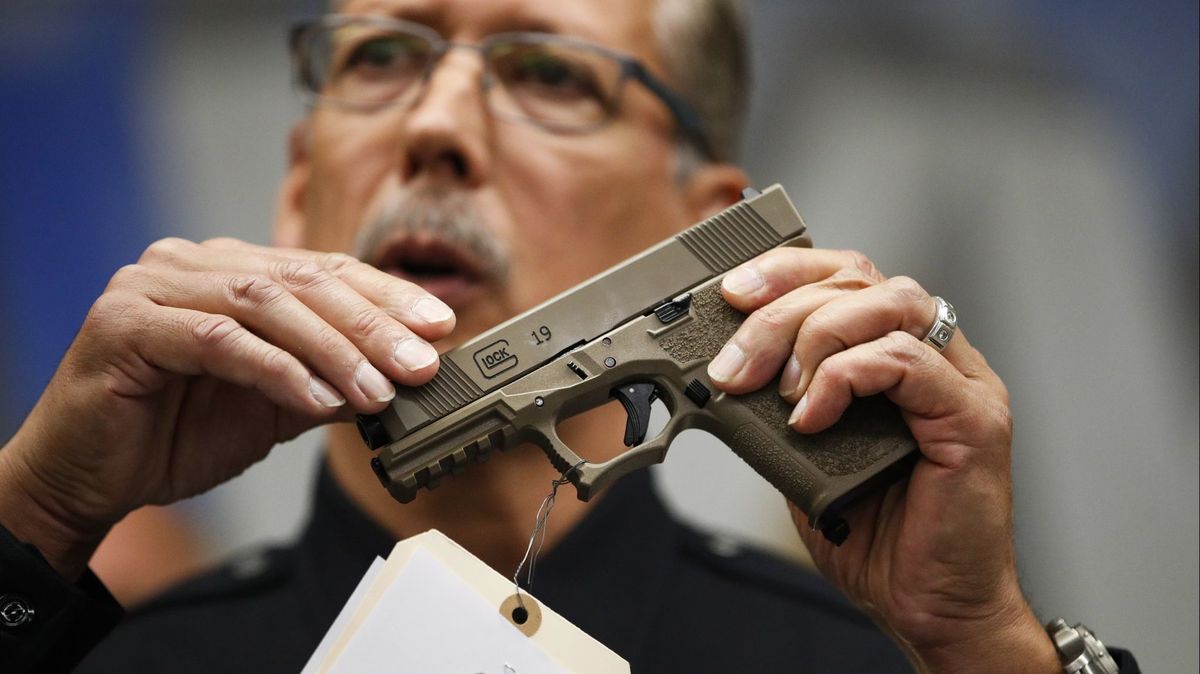 L.A. gang members are increasingly using untraceable homemade guns, say ATF and LAPD as they seize 45 firearms and arrest 10 alleged gang members suspected of being involved in sales and manufacturing of the so-called ghost guns.

Yep. This does not get mentioned enough, these “gun rights” maximalist fools want to export the worst American pathology to the rest of the world. A world who have been studiously avoiding it up to this point. I hope he and his accomplices get shot in the face with their own toys.

In NSW, Australia, in order to attempt to stop this shit, possessing, in any way, including off shore data storage (drop box, etc.), these or any gun plans will land you in jail for 14 years.

Man, when I got sucked into 3D printing madness, I would not have guessed how hard it is to end up with a usable artifact! So I shudder to think what kind of Friday night specials people think they’re going to be able to generate with these files.

It’s absurdly ironic how the guns that make so much money for manufacturers are not considered to be any sort of hazard at all. If the owner paid the price tag, they automatically become part of some ‘sacred tradition’ of second amendment celebrants. But pirated guns, no matter how shitty, are suddenly an existential threat to America’s way of life, it’s very identity! I doubt these clowns can even smell the irony from where they cower.

And, of course: 3D printing a gun is arguably the most expensive, least convenient way to get a gun in America,

I find it helpful to remember that the primary purpose of a handgun is not to kill a human being, but rather to indimidate them. So a culture that’s not used to routine intimidation by firearms, is unlikely to produce the desired effect when some yahoo prints out a surprise weapon. At least, that’s my hope.

Is that really true? I guess it depends what you’re looking for. If you just want a thing that reliably goes ‘bang’ once, then I’m pretty sure you could make it completely out of plastic just fine. If you want something that is reliable over hundreds or thousands of rounds, yeah, you’re probably gonna need some metal.

Oh, wait; the ammo. Hmm, I reckon with a bit of time and effort you could make a metal-less rounds, maybe leveraging the caseless ammo concept.

Even if they were completely plastic, they’d still be detectable.

Sure, you can find examples to support your view, but they still make a teeny-tiny fraction of guns used in crimes. Rifles in general make up a minority of guns used in crime. If one were to look where to focus the most attention for new gun laws, it would be handguns.

Though I will have to look more into the article on the LA Gangs. I haven’t heard of anything so sophisticated. Just from the picture, those lowers look well finished and anodized, which honestly I wouldn’t expect. But then again, articles like this are notorious for getting details wrong. You can find articles showing what was found, and it doesn’t match the description in the article at all. Though I have read about some gangs using an “Armorer” who basically go around buying things legally, as their records are clean, and then equipping members of the gang.

Look up 80% lowers if you want your world rocked. The fact is that the tech to homemake guns has existed. Technically you’re supposed to stamp an identifying number and register them with your state DOJ, but are the people who want to make a non-serialized gun really going to do that?

I could make an AR lower with my drill press (as a shitty substitute mill), but have no desire to.