On April 30th, last year, I took a bunch of pens of varying quality and made test strips. I then put them in my poorly insulated windowsill, where they’d be exposed to light, and varying levels of humidity. I thought people on the BBS might be curious enough about it to want to know the results, seeing as how often @frauenfelder makes pen posts.

All of these degrade in some way or another, but some are clearly superior, and the cost of the pen doesn’t seem to be all that related to durability.Obviously, if you want markings that last, use pencil, as I did to number the test rectangles on the bottom left. I was really suprised at how poorly the Lamy ink (fountain pen ink) fared, and how well the Pentel Flair (cheap felt-tip) ink held up.

Other survivors from a previous test:

I’m thinking of conducting another test, with a proper test rig and a time lapse record through weekly photos.

So if there’s a pen or ink you want tested, leave a comment and I’ll try to get my hands on it as long as the expense isn’t too high.

Any ink that is carbon pigment-based will be lightfast. It’s those pens that use fugitive dyes whose masstone is black that are suspect. (Sharpie, I’m looking at you.)

So if there’s a pen or ink you want tested

If you’re looking for a benchmark, Speedball Super Black. Not expensive at all. You’ll need a brush or dip nib to apply it, though; it’s too viscous for fountain pens.

So if there’s a pen or ink you want tested 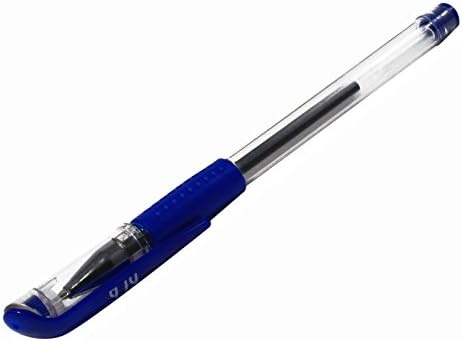 Need to leave a note for someone, but don't want to them to be able to show anyone else? The KGB disappearing ink pen will allow you to just that! This special formula was developed by the Russians du ...

If you’re looking for a benchmark, Speedball Super Black.

Pencil was the benchmark, same idea. But after my discovery that Pyrex has cheaped out and lowered the quality of their glass, I trust no one: Why not test Speedball? I already have a bottle of that sitting on the desk.

Well, one of the reasons I tested the erasable Frixion pen was to see if I could see it under UV light after prolonged sun exposure… it does. But depending on the disappearing mechanism, it might become more apparent with oxidation. Why not see if the disappearing act lasts?

I am honestly curious about, what’s the right word, calligraphy ink? You know, the pots of ink that (at least you used to be able to) buy at craft stores. It appears that Japanese calligraphy ink is quite stable.

You know, the pots of ink that (at least you used to be able to) buy at craft stores.

That’s the aforementioned Speedball, although there are other inks besides India inks used in calligraphy, it’s the most common. I’ll also try some traditional ink brick ink.

Why not test Speedball?

Seconded! If you want to make it even more interesting, test their ‘India ink’, too (which I recall being dye-based).

Also seconding @japhroaig’s suggestion of sumi ink. I’d be curious to see how that stuff matches up to Speedball’s SB.

If it’s not too much trouble, could you add Noodler’s black bulletproof? It’s my goto for check writing.

If it’s not too much trouble, could you add Noodler’s black bulletproof? It’s my goto for check writing.

I knew someone would bring up Noodler’s. It’s already in the pile, mate.