Blimey, this is like the having to extract the Hmong at the end of the Vietnam War. All the best to everyone involved… except for the Syrian Government and ISIL, of course.

While the White Helmets recused anyone who needed their help

Is ‘recused’ some sort of dumb auto-correct for another sort of accidentally horrible mistyping of ‘rescued’? (Recsued?)

I guess that the people in danger could be said to have a personal involvement in the situation that could require them to be recused to from it. As in “… excuse oneself from a case because of a potential conflict of interest or lack of impartiality.”

While the White Helmets recused anyone who needed their help, the government sees them as being associated with the rebels.

I suspect that this might be because they were only ever active in rebel controlled areas, that they were funded by external governments who all supported overthrowing the Syrian government, that they were established and trained by a private military contractor who was a former British army officer, and that they regularly called for foreign military intervention in the war. (All cited in the Wikipedia page below).

The rescue teams that later became Syria Civil Defence emerged during the late 2012 escalation of the Syrian Civil War, as areas no longer under government control came under sustained attack by government forces. In response, in the absence of formal governmental structures, small groups of civilian volunteers from affected communities, particularly in Aleppo and Idlib, assembled to assist civilians injured in bombardment or trapped under the rubble of destroyed buildings. Training, fund Local a...

(As if the White Helmets had any conflict of interest…)

Seriously though (well, tongue only half out of cheek) ‘retail is detail’ and ‘writing is reading’ and ‘less haste more speed’.

The inability of so many writers these days to actually read what they wrote is lamentable. (There is more than one on BB guilty of this on a regular basis.) Sadly the total demand for editors and proof-readers seems to decline in inverse proportion to the increase in the number of ‘writers’ since the arrival of the internet as a medium anyone can be ‘published’ on.

Now, get off my lawn.

The Putin-backed Assad regime shows its true face by going after people who didn’t take up arms, but simply rescued people at great danger to themselves.

The group No More Deaths says the charges are part of a ramped-up effort to crack down not only on migrants, but on the groups that help them.

I don’t think it’´s the humanitarian aid that is the problem for the regime, but the fact that the White Helmets have accused the regime of indiscriminate bombing of civilians and use of gas.¨

Not that helping people is safe when USA is involved either. It keeps using the despicable “double tap” strategy where people rushing in to help after a first strike are targetted in a follow up.

If the helmets are White…

FROM THE ARCHIVES: As Israel in the past few days helped evacuate 800 "White Helmets" from Syria, en route to Britain and other Western countries, we look back at an article published by Consortium News in Oct. 2016. By Rick Sterling Across...

If the helmets are White…

Not a simple question. 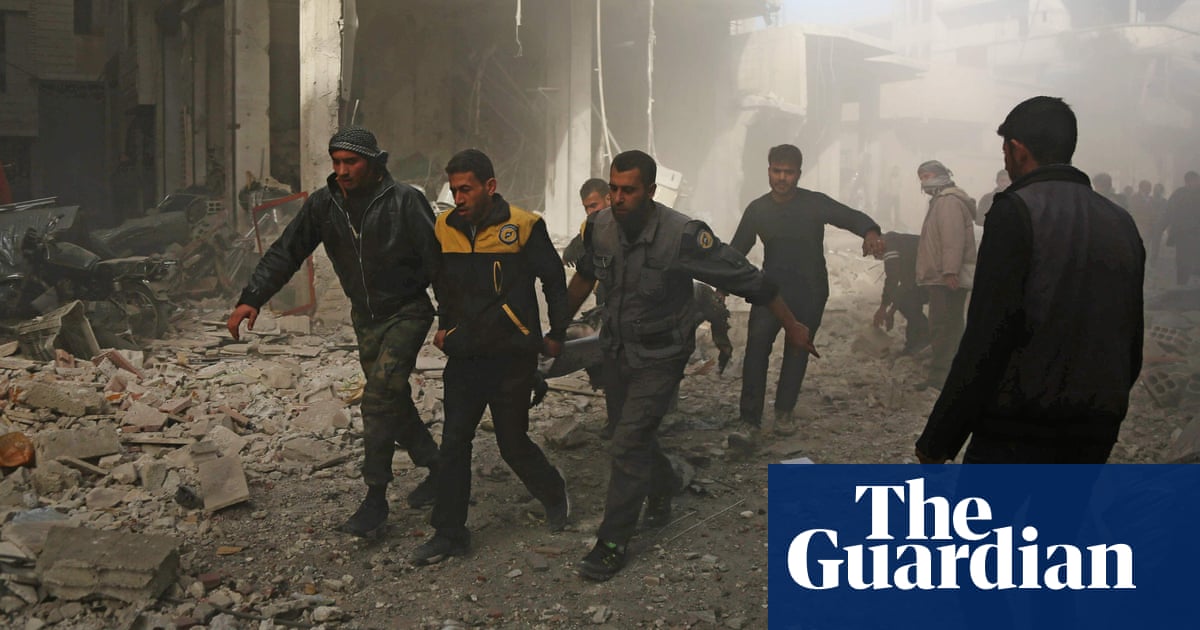 The Russia-backed campaign to link the volunteer rescuers with al-Qaida exposes how conspiracy theories take root: ‘It’s like a factory’

Wasn’t the whole premise of the White Helmets that they were providing humanitarian aid and rescue to the parts of Syria that the government was unable or unwilling to provide aid to?