Originally published at: Why D&D games are all essentially the same and edition warriors should cool it | Boing Boing

You might as well be saying you think drag racing and soccer are the same sport.

I was walking across a bridge one day, and I saw a man standing on the edge, about to jump. I ran over and said: “Stop. Don’t do it.”

I said, “Me too. Are you Christian or Buddhist?”

“Me too. Are you Catholic or Protestant?”

“Me too. Are you Episcopalian or Baptist?”

He said: “Reformed Baptist Church of God, Reformation of 1915.”

I said: “Die, heretic scum,” and pushed him off.

Extreme geek alert.
I have played D&D since 1983 and started DMing in 1986.
There was already a lot of hoopla at that time over Advanced Dungeons & Dragons, Unearthed Arcana (which was full of errors). I was lucky enough to start another RP game as a referee called Empire Galactique, and a good friend refereed Oeil Noir, another fantasy RP game. As a group, we gravitated towards RuneQuest, Paranoïa (for me the best RPG game ever) and we founded a game club at my local college and we tried pretty much everything.
Dungeons & Dragons is the most popular RPG game but it is not the best.
Pavillon Noir is the best for Pirates. The most recent Aliens RPG is quite good, and for the good old D&D vibe, either OSE or DCC does it best. I really love the Tékumel setting and am translating The Petal Hack.
As for D&D.
I have a Dark Sun campaign that is ongoing, with two different groups playing in separate parts of Äthas. I converted the material in 5e as much as I could (the original setting is 2e and there is a lot of fluff.) and I created new classes and ditched the elves, half-elves and halflings and replaced them with something more original, keeping each as close to the original in term of vibes but more adapted to the Swords & Sorcery meets Medieval Mad Max sort of vibe.
The players love it. And we don’t care about One D&D one bit. I printed the pdf of the DMG but only part 3. I use my house rule. Everything is great and we have fun.
I guess you could say we are playing Dork Sun =) 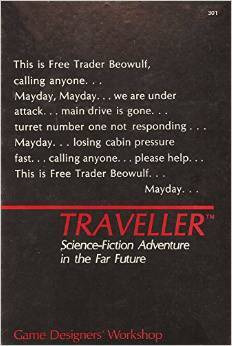 Disagree.
3rd was way different than 2nd.
5 is basically stripped down two, with backwards THAC0
Someone familiar with 1 or 2 will have no problem playing 5e. Throw that 5e player into a 1e ToH…they’re not going to have a good time.

This is how I’ve been treating White Wolf most of my adult life. Take the flavor and worldbuilding and mostly ignore the rules.

(And occasionally tweak the worldbuilding a bit if we’re not interested in the ‘everything’s falling apart’ theme of White Wolf that day.)

Versus the voices here, “No they’re not!!” 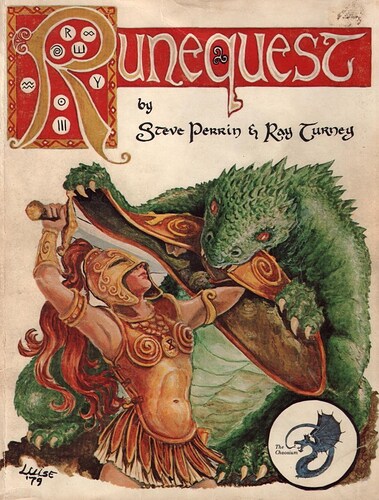 I don’t even play D&D (no friends), and even I can see it’s dubious to say “don’t sweat the paperwork” in an activity based on paperwork.

I played Cthulhu Fluxx with a couple of different people and thought it was pretty fun (the idea of Fluxx is that every card you get changes the rules in various ways). I was sure my Cthulhu-liking friend would enjoy it, but she hated it beyond all reason because of the variable rules thing. In fact you could say it drove her quite mad.

Even where the goal is fun, people care about rules, or at least the idea of rules.

Meh. Our gaming group tends to convert almost everything we play to Hero System, just because we all know it pretty well and find it to be flexible enough for almost any campaign setting. We have a handful of people who love War Machine for the minis, and traditionalists for D&D, but you can get that in almost any RPG. YMMV.

GURPS 3e Traveller or GURPS 4e Traveller? Traveller has even more edition factionalism than D+D. A friend of mine refuses to play with books 4-8 because he thinks that they give people overpowered characters compared to the first three LBBs

I am reminded of Haviland Tuf. Now why can’t we see THOSE stories made into TV shows instead of more stuff from the GoT universe?

While I think people who debate, say the merits of 4th vs 5th edition (or vice versa) are nuts, I think there was really a change in the feel of the system starting in 3rd edition. Not necessarily a bad change, as a lot was streamlined and rationalized, but there’s a reason why people play things like OSRIC (which aims to feel like 2nd edition AD&D) or even Labyrinth Lord (which aims to feel like 1st edition D&D).

My theory is that when people look at the money and time and energy they’ve put into whatever their pet edition is, and then see people playing newer editions/different editions/etc, their little toxic insecure minds can’t handle the fact that people are having fun on a system they don’t have yet. (or don’t want to buy, or don’t want to learn, etc). So, as is tradition when you tell manchildren that someone is having fun in a way different than how they learned it / do it, you get childish, angry tempertantrums about how people are doing it wrong. And that they aren’t REALLY playing the game because the game wasn’t intended like how they’re playing it. They can’t be happy you’re having fun, because you’re not having fun in the manner that was the one way to have fun for them.

You literally see this when D&D or similar comes out and rewrites a campaign setting or race description or skill set because I dunno, drawing dwarves to look like Jews and calling them money hungry moneylenders is maybe not a good take… you always get people screaming about how it’s “ruining the game to retcon this.” They just… can’t handle people having fun without their special way of having fun OR their permission.

Sure, if all you’re looking to do is tell a collaborative story and are willing to handwave or houserule everything it really doesn’t matter what edition you’re playing. But it does make it a hell of a lot easier if you choose an edition that everyone can agree on and extrapolate from there. Without some sort of guiding framework it stops being a game and turns into pure make-believe. The rules are there to keep some semblance of order about the whole deal.