Why does Hollywood like dystopian LAs and utopian SFs?

Am I the only one who loves San Francisco but still gets annoyed by people who feel obligated to constantly reiterate how much they hate Los Angeles?

Gosh – A blog with a San Francisco-focused readership is spending the day bashing on LA.

I’d rather know why Hollywood only sets romantic comedies in Seattle.

Because movies are made by a bunch of jackoff narcissistic egomaniacs who burn and crumble to dust if they come into contact with reality.

Don’t get me started on OC.

I live in OC. It’s changed quite a bit in the last 20 years - especially culinarily.

Which OC is it that inspires your dread?

Which one are you married to?

The Real Housewives of Orange County

The Real Housewives of Orange County (abbreviated RHOC) is an American reality television series that premiered on March 21, 2006 on Bravo. It has aired twelve seasons and focuses on the personal and professional lives of several women residing in Orange County, California. The series originally focused on Kimberly Bryant, Jo De La Rosa, Vicki Gunvalson, Jeana Keough and Lauri Waring. The cast currently consists of Gunvalson, Tamra Judge, Shannon Beador and Kelly Dodd. Of the original housewives,...

I think in movies Seattle is a far away place people flee to after making a mess of their life in NYC or LA.

The next step is Alaska, a far away place people flee to after they go crazy.

When a story references both San Francisco and science fiction, maybe we’d all do best to avoid the “SF” abbreviation? I’m not sure if “the geographic divide in SF” refers to a tectonic fault or a literary theme. And while it’s true, science fiction can be pretty idyllic at times, there’s no reason to loathe LA, just because one loves science fiction!

I do, however, like to think of San Francisco as the “current world reflected through the prism of a possible future.”

I like this article a lot… Seems though, there are cases where both cities that attract either utopian/dystopian visions of the future… Surely, lots of these examples have to do with the particulars of film production? Or where the author/writer/director hails from? A few examples come to mind (all filmed at the same location!).

THX1138 is dystopian and was filmed in San Rafael… Because that’s where George Lucas likes to work.

Gattica can hardly be called utopian, used the same location’s modernist architecture to strike a different tone. Other parts of it were shot in LA area.

Then the same location was used for Naboo in SW E01… again with a very different tone. Again because of architecture and George Lucas.

It is true, these examples of dystopian future are of the techno-dictatorship sort… And I can’t think of a situation where LA stands in for that.

I don’t mean just movies though. California is a common setting in written science fiction as well.

Maybe because California is often on the forefront of new technological and social trends. Whether it’s good (Personal computers! Decent sushi restaurants! Civil rights activism!) or bad (Reagan Revolution! Three Strikes Laws! Shia LaBeouf!) it’s likely to happen in California before most of the rest of the country.

Plus, it’s the most populous state. More tech centers, more things going on in general, more readers/viewers/writers/producers who can relate to the locale.

I don’t mean just movies though. California is a common setting in written science fiction as well

California was long a “paradise” just beyond reach, and then it invented much of the mid 20th century. That made it a natural place to set “the future”,

In the late 19th and early 20th century, California’s elites invested a huge amount of marketing in convincing the rest of the country that California was a wonderful place to escape winter by buying real estate. This was a major factor in creating the Rose Parade, for example.

In the 20th century, a helluva a lot of “future” was created in California.

The list goes on. This had two effects. First, it made California a plausible setting for a place of rapid technical innovation. Think the opening pages of Jurassic Park. More importantly, the metal workers and salesmen and engineers and switchboard operators and rest of the society participating in this creation provided a ready audience for speculative fiction with a technical twist.

I think you mean Berkshire. Bell would never have achieve what they did if they hadn’t stolen Miles’ tail design.

The Miles M.52 was a turbojet-powered supersonic research aircraft project designed in the United Kingdom in the mid-1940s. In October 1943, Miles Aircraft was issued with a contract to produce the aircraft in accordance with Air Ministry Specification E.24/43. The programme was highly ambitious for its time, aiming to produce an aircraft and engine capable of unheard-of speeds of at least 1,000 miles per hour (1,600 km/h) during level flight, and involved a very high proportion of cutting-edge a...

Ridley Scott wanted to set Blade Runner in Los Francisco or San Angeles to suggest the city had become a state-long sprawl. Nobody took him seriously. Notice he moved the dystopian story from SF to LA (and probably started this whole thing). 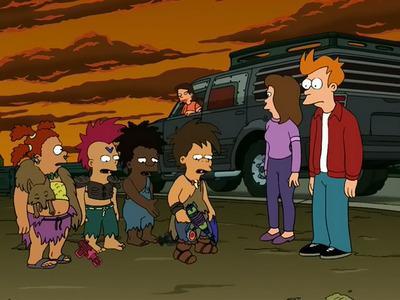 “But there was this gang of ten-year-olds with guns, everyone is driving around in cars shooting at each other, the air is green and there’s no sign of civilization whatsoever. And the people are all phonies. No one reads. Everything has cilantro on it…”

Maybe because California is often on the forefront of new technological and social trends.

I was thinking that as well, but also thought that there might have been a bigger explanation than creators being unimaginative about the future and/or living in California. It breeds a sort of unexamined technicism in a lot of science fiction though, which you could add to your list of bad things coming out of California.

Good points with regards to the history. It’s what I figured as well. That this image lives on as the go to image of the near future demonstrates the power of that marketing, even as California has lost much of that dynamism.

[1]: https://www.laconservancy.org/locations/bradbury-building[quote=“David_Gill, post:33, topic:24956”]
Notice he moved the dystopian story from SF to LA (and probably started this whole thing).
[/quote]

Worth it just for the chance to use the [Bradbury building][1] as a setting.

Funnily enough, that was also the locale used for Ned’s apartment building in the decidedly whimsical and upbeat show Pushing Daisies. Amazing what a little lighting and set dressing will do.

OF course the ideas Bell used for the X-1 were stolen from elsewhere. Heck, even the movie industry got founded in LA on (patented) ideas stolen from Edison.

However, relative to point I was making, the design, fabrication, and testing of the Bell X-1 all happened in California

Not Hollywood (yet,) but Kim Stanley Robinson’s Three Californias trilogy presents, well, three different future Orange Counties: A sort of bombed-back-to-the-stone-age primitivish one, a techno-capitalist-urban-sprawl one, and an idyllic ecotopia. Seems to me any of those would be preferable to the current one.

You can throw in the SR-71, the Lunar Command Module and the Space Shuttle Orbiter, all of which were built in the LA area. Heck, through the end of the Cold War most of the major American aerospace companies were based in Southern California, and you also had JPL for space research, the nearby Edwards AFB for flight testing and Point Mugu for space launches.