Why you Should fear the 3d Printed Metal Gun (but it's Not why you think.)

Hackaday has posted an article where I’d first gotten word of this expensive beast. Hat’s off to Solid Concepts on both grabbing headlines and by making what looks to be a well working colt 1911-like gun with a single spring being the only non-printed part. This same article asserts that because the printer used is expensive, and therefore anything printed using it will also be expensive, we do not have to worry about hyper-reliable printed guns being a common thing.

I agree with the assertion that what they say is true. However it does not matter how expensive or hard to obtain such a weapon would be. Why? Because politics. There’s already calls being made, party conferences being called, and battle lines being drawn over a new line of attempts at legislating 3d printing.

I can already hear the people wanting to know why I don’t want the idea of weapons to be regulated and if there’s something wrong with me. I actually have no problem with guns being regulated to licensed operators for safety, quality, and so the weapon’s history for legal or other reasons can be traced back to the manufacturer. What I fear is that a precedent will be set with broad enough language that other applications, especially those we do not yet realize are possible, could be regulated out of existence.

Isn’t this reaching a little much?

Don’t believe me? Look at how hard the music and movie industries have and are still fighting the internet. This is less of a problem with music thanks to iTunes, Amazon, and other services like Pandora. However outside of a few ‘download a digital copy of your dvd’ I am unaware of any similar services for Movies, and Netflix’s selection is hampered and fought over by studios that want to try staying partnered to existing models, or would like to push their own walled garden.

Look at game of thrones. It could’ve been on Netflix or Hulu, but instead HBO wanted to push their own service that requires you have a cable subscription. I’m one of those people that would ditch cable altogether if I could, except you need to go through your local cable provider for internet. Hand down Bimmy, Verizon has a stake in content providing too.

Media consumption is not the only reason why I’m concerned about regulating out potential future applications.

Don’t have the money for prosthetic limbs? Print 'em!

A few days ago there was a dad that made the news by printing out a replacement hand for his son. This wasn’t a non-functioning cosmetic hand made from a single chunk of plastic. This was a fully articulated hand printed out for a fraction of the price of a traditional prosthetic.

Are there concerns about using off the shelf plastics in place of medical grade materials? Sure. There’s also risks of the fact this thing might suddenly stop working, but when you can’t afford the twenty grand and your child is still growing so that expensive-as-a-car prosthetic would soon get outgrown and you’d need another one.

On the other hand that price also covers research, cost of manufacturing, accounting for the fact the customer pool is exceedingly small, and the fact each limb has to be made custom. I don’t know how much of that price also covers maintenance, fittings, and so on but even if it partially covered such it’s still insanely expensive.

Comparison time here. I am extremely nearsighted to the point of being unable to drive even with corrections and restrictions. To get even a chance at this changing I would need to pay over five thousand dollars per eye. Yes there are cheaper options but that’s with all the bells and whistles which I’d want to pay for because my eyes dangit I’m not going to cheap out especially if it means total blindness.

Eye surgery I can understand being as expensive as it is, because that is very delicate and it’s not ‘oops we’ll try again next time sorry for messing up.’ You either get it right the first time or well hey we messed up your eye.

Fine but what’s that have to do with 3d printing?

Have you seen or have any idea how competitive the drug industry is? People going to Canada or Mexico because either what they need is cheaper, Families getting bankrupted for life-saving surgeries, procedures, drugs, and if you have Cancer say goodbye to any sense of financial stability you have. Without going too into personal details I am familiar with how potentially life saving medication can and will become a case of 'do we get groceries or can we afford to thin out taking one pill instead of two?

Here comes Jonny Printsalot giving an alternative to expensive limbs. Here in the developed world this might be a non-issue for a lot of people, but in africa, the middle east, anywhere that land mine use has left whole generations maimed? Even if you have to do a bit of extra maintenance because it’s PVC instead of medical plastic and no we don’t yet know the long term effects of wear and all that but it’s better than not having a foot, or an arm below the elbow even if you take a massive functionality hit.

Except the companies that see that as somebody swooping in to take ‘their’ market is going to instead of try making their product cheaper, start lobbying for laws and regulations. It’s happened elsewhere. I am pessimistic about it happening here too. After all it’s for that poor kid’s protection right? How dare this untrained guy try making something work because he can’t pay for something that is clearly beyond his financial means.

However, I don’t see private 3D-printing becoming so massive in the foreseeable future that companies feel they must intervene. It’s a DIY thing so it’s rather a new market to tap than real competition. The majority of people will want to buy things off the shelf. Modeling something in 3D and get a good print (is that even the right word for it?) is time consuming and somewhat more complex than downloading an app on your iThingy.

[Okay, I’ll buy one next year and I will be making stuff. I’m still waiting for an affordable printer that can make bigger parts.]

I like the idea of printing prosthetics where they are needed. As kids outgrow them they need to be replaced in shorter intervals anyway, so they wouldn’t have to last forever. Maybe someone should get the Gates Foundation or the like interested in this.
And the countries who really need this can make their laws accordingly. We have seen something like that over the past years regarding cheap HIV medication.

This is one of those situations where I hope I’m wrong since what I see is legislating printing or at least what is printable to the point it’s going to scare off potential innovation in as-yet-unknown markets.

So I’d rather there be strong protections in place rather than a vague ‘it’ls just a hobbiest thing and they wouldn’t bother ringing up their bought and paid for government crony’.

Mmm. For me, the analogy is moonshine stills. Once you got it, you can make it, out in the backwoods.

Like a ‘3D-printing Underground’? Hey, that’d make a cool name for a band!
But seriously, that’s what it proably would be like in the event.

I Hope you’re wrong, too.

In the meantime, maybe this as food for thoughts? 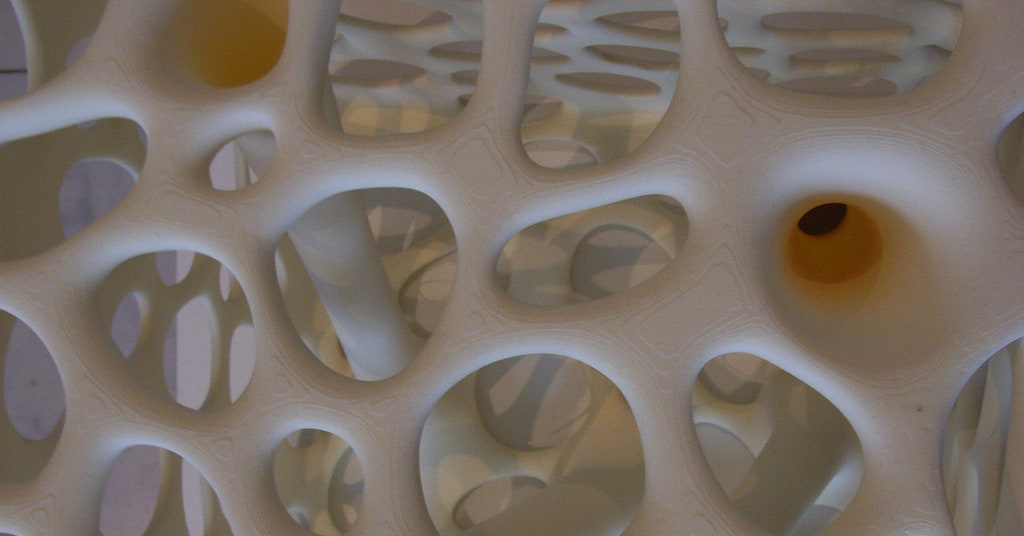 It’s clear that 3-D printing has reached its inflection point. And perhaps its hype point, too. We’ve built a magical aura around it — sci-fi style replicator! — but the fact is that 3-D printing is really, still, an immature technology.

Makerbots hidden away in lead-lined caves. I haven’t been playing Minecraft for nothing, you know - got my whole town mapped out just right!

This topic was automatically closed after 1197 days. New replies are no longer allowed.