I saw an emerging dragonfly nymph on the beach last summer. It was amazing! 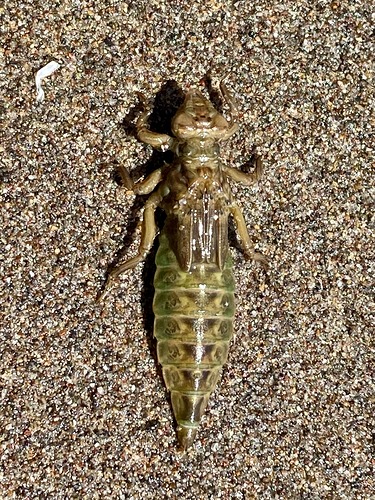 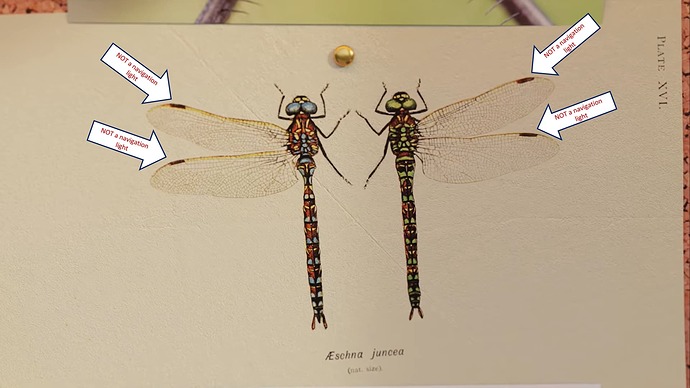 dragonfly gracefully swooped in, hit my callibaetis nymph and released it before flying off.

Mosquito hawk FTW. I wish we had more around here.

Dragonflies are awesome. The dark spot on the eyes are pseudopupils which lets you know which part of the eye can see you. Some of the ommatidia have <1° receptive fields, which is really high spatial acuity for an insect. Their temporal acuity is 10x better than ours, though. So even something flying fast like a buzzing mosquito, they can see each wing beat. Also the wings are full of mechanoreceptors, so they have an internal representation of wing position and can adjust for any deformations due to wind. Neat little critters 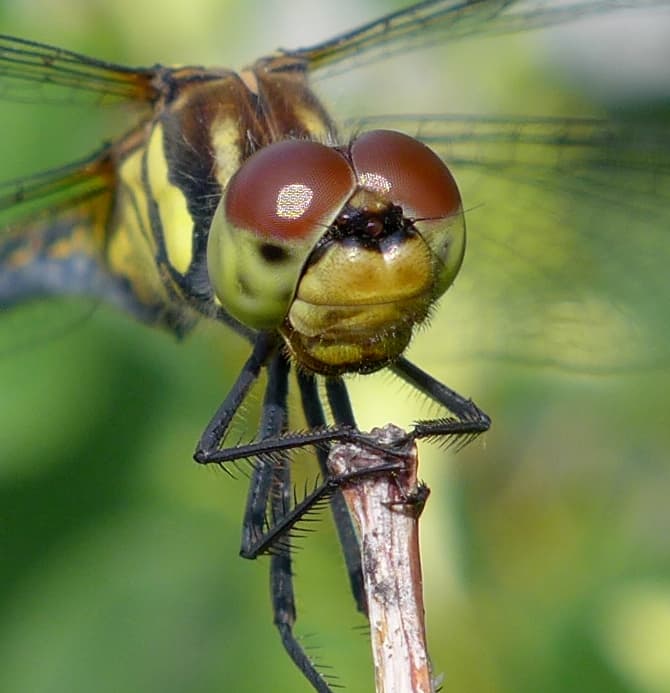 It’s not as though proprioception breaks in humans if they move, that would kind of defeat the point; but it’s hard to imagine having that sort of internal representation when the structure in question are flapping at 30Hz.

Do you know if it’s just a matter of optimization; and there’s simply no incentive to lower latency when you are massive enough that inertia places fairly hard limits on the use you could make of even perfect information(purely at the subjective-and-n=1 level I suspect humans might already have gone down that path a bit; my time fencing really drove home how easy it is to overcommit to some motion such that it took an agonizingly long time to make corrections when you realize you screwed up but have ~100kg already committed to that mistake and nothing but basic skeletal muscle to try to salvage the situation); or is it a situation where having a relatively tiny nervous system, with correspondingly short signal paths, allows for response times that you just can’t manage on a much larger body plan?

Just an unusual colour for a dragonfly - taken in the Grand Canyon, if memory serves. 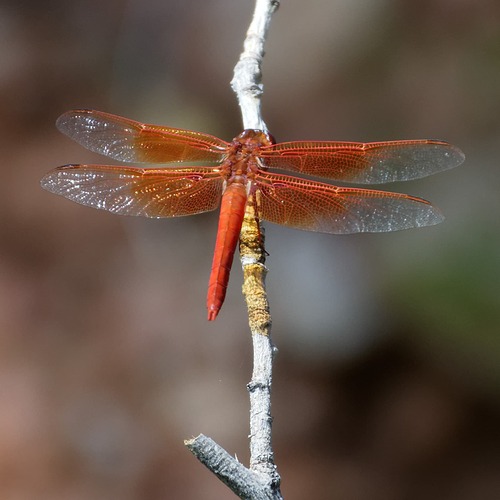 I thought for sure the answer would be “humans.” 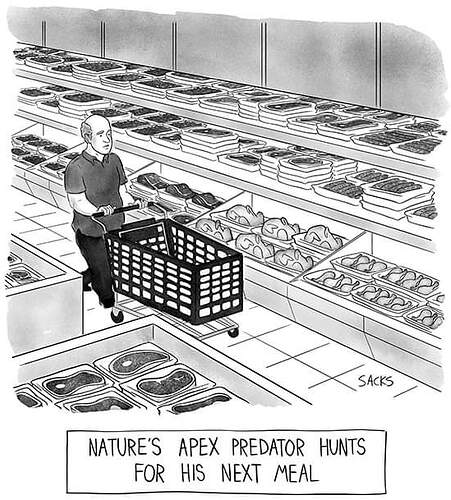 I think the change in size definitely improves their ability to adjust with sensory information. Sensory neurons are slower than motor ones, with conduction velocities in insects usually ~0.5 m/s.

I just checked Huai-Ti’s current work, and it looks like dragonflies use larger than normal sensory neurons to speed up signalling and scale their axons so that the sensory input from the whole wing arrives at the same time. Neat