Your wireless carrier is definitely throttling video, but not because of network congestion (Verizon's the worst)

I just download it at home and copy it over to the phone.

Which I don’t do on the phone. I barely have room to install Pokemon Go much less install things like that.

The team also observed that this behavior doesn’t seem to have a clear rationale.

Avoidance of infrastructure build-out to save $$$?

I can’t imagine trying to watch video on my phone. My fat fingers can’t even work the controls. Weren’t we all supposed to be addicted to gigantic wall-mounted LCDs?

I’d like to know how they can rule out throttling due to congestion. Just because YouTube is slow but Skype is fast doesn’t mean YouTube is throttled. What else are they analyzing?

The carriers were just throttling to be dicks

This is a very narrow minded view of all of this. Throttling video has nothing to do with net neutrality. It’s applied to all video apps. And they are doing this to avoid congestion for others (or reduce the effects). Would you be ok with 5% of the users on a cell site slowing down your connection because they were all trying to watch 4K Youtube videos? Every kilobyte translates to capital assets. So I suppose the carriers could just open up the flood gates and pass the costs onto all the users and make the rate plans go through the roof. I personally enjoy a $35 unlimited plan with limits on video instead.

My employer pays for my commercial broadband as I have worked for them from home for several years. Streaming video has rarely not been crappy for us, even when speed tests approach 100 Mbps.

My assumption? Nearly every internet service provider is also a cable TV provider, the latter being far more profitable. Given their propensity to screw customers out of every dollar possible for every reason they can gin up, it makes perfect sense.

The OP is saying exactly the opposite – that this professor guy’s network monitor app suggests that they’re not throttling due to network congestion.

It’s certainly possible that this finding is incorrect, but arguing it is incorrect requires more than asserting the inverse.

I’ve said before that I think the best way for corporations and governments to create a more aware and active populace, and incentivize open revolt is to monkey with our distractions.

This is a very narrow minded view of all of this.

Not to pile on, since @wysinwyg already pointed this out, but…

“There’s no evidence that any of these policies are only happening during network overload,” said Choffnes. “They’re throttling video traffic even when the network doesn’t need to. It happens 24/7, and in every region where we have tests.”

So… how is this a narrow-minded view? Are they using a shotgun approach to throttling; firing off a random and figuring that’ll do it? Keep things slow and random and there will never be a significant problem of congestion?

Like the best way to keep traffic flowing smoothly on the highway is to randomly slam on your brakes.

“Never attribute to malice what can be adequately explained by incompetence.”

But since it’s Verizon, perhaps it’s best to assume incompetence, and not totally rule out malice.

I’m definitely not a computer whiz, but I notice more throttling from pirate video players (which I employ due to geographic restrictions on shows I am most definitely paying the provider for), than certain video player apps like Amazon Prime Video coupled with a VPN.
Not sure if that provides any more help…

The team also observed that this behavior doesn’t seem to have a clear rationale.

Avoidance of infrastructure build-out to save $$$?

Or just trying to keep their peering agreements in balance to save back-haul costs. 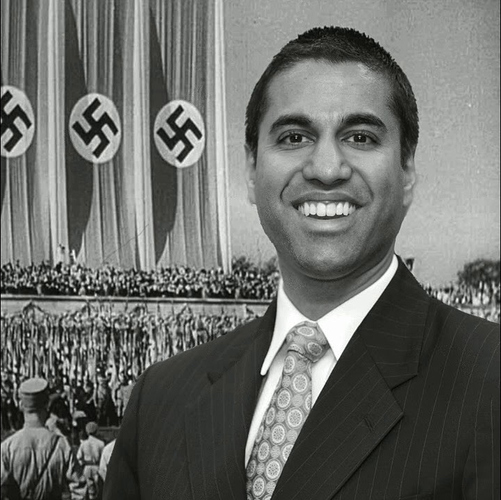 Video is, of course, a much higher load on the network than anything else: high bandwidth requirements sustained continuously are hard on shared medium networks.

Personally, I hate to use video on a slow connection like rural areas, becauses is cloggs my connection. Yet many sites insist on delivering their info via video, as for example… boingboing, where a third of the post are basically just youtube links.

I am on ADSL here in Melbourne and now that we have a netflix compatible TV I have noticed that it never stops to buffer, while youtube always buffers.

Weren’t we all supposed to be addicted to gigantic wall-mounted LCDs?