It’s hard to think of a more wholesome channel than Ann Reardon’s and now she has branched into actual lifesaving she must be considered a genuine Ozzie hero.

This is clearly a dumb decision and I’m glad she’s appealed the decision. So I hope that is read by a human who then looks at the horror show of wood burning videos they are promoting and bans them instead. But it would be good if for once YouTube actually explained their decision-making process and admit they get things wrong.

And if there is anyone out there that hasn’t watched Ann’s excellent videos about content farms and their gaming of YouTube to the detriment of actual creators - well here you go:

I can only assume the reason for YouTube’s “guilty until proven innocent” policy is that it costs less to blindly accept all claims, take down videos and simply ignore all appeals than to actively evaluate the claims before taking anything down. Thus, instead of having an entire customer service department, YouTube is able to get by with one person in a broom closet (and that “person” may in fact just be an upside-down mop propped up against a chair).

There is Craft and there is Deep Craft

And the bass in Deep Craft will rock you, guaranteed.

Ok so when I posted this, in response to this post, I had not considered just how fuckwittedly YT would treat this matter:

JFC - and YouTube still shows these videos? Of course it fucking does. Thanks for the public safety advice, Rob - someone needs to tell YouTube (if only so they can be in the frame for blame when they don’t take these videos down if they don’t have appropriate warnings in them).

I hope nobody else dies from following one of these dumb fractal burning instructional videos, but if they do I really hope their relatives find a lawyer with the balls to take YT on and sue the fuckers from here to kingdom come.

Thus, instead of having an entire customer service department, YouTube is able to get by with one person in a broom closet (and that "person’ may in fact just be an upside-down mop propped up against a chair).

To be clear, I am not defending YouTube’s incredibly shitty policies and practices here. Having said that and donned my fire suit…

Most people don’t realize how much content is uploaded to YouTube. It would be literally physically impossible for a group of humans to evaluate all claims on this amount of content. The scale of this is so much larger than people realize. As of this writing, roughly 720,000 hours of content are uploaded to YouTube per day. Some percentage of those all get content flags on them. There is no team of humans big enough to handle that.

As a society, we are now grappling with this problem. Is it better, then, to limit access to this resource to a smaller scale so we can prevent harm? This was basically what older models like broadcast TV did. The reason for the limiting was not harm reduction of course, but rather because broadcast TV is expensive and technically limited in scope. However the net result was it was really difficult to get on broadcast TV because it was a tiny, tightly controlled resource. That also meant we didn’t get harassment and Nazis, which was really nice. However I literally make my living by uploading (nice) videos to YouTube, which I never could have done in the old extreme-gatekeeping model.

I don’t have the answers, I just came to say that when people demand YouTube put humans in all the loops, they usually don’t appreciate the scale of the problem.

To be clear, I also do not think terrible “banning algorithms” are the answer either. Those algorithms are supposed to be “imperfect, but at least prevents Nazis”, however they are clearly failing miserably at that low bar, so they should find something better.

A big part of the problem here is the incentives in the market are wrong. YouTube’s only motivation to fix this problem is to prevent the occasional scathing writeup on Jezebel or VICE. Beyond that, if the money is green, they’ll take it. If (perhaps) some sort of content standard was imposed on them by governments, holy cow would they suddenly get good at solving this “unsolvable” problem. 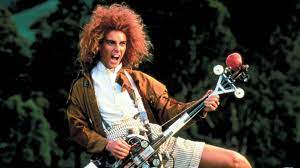 YouTube, the internet equivalent of the school principal who expels students for defending themselves against bullies, ignoring all attempts at logic and reasoning while the bullies laugh and carry on

All in the name of arts and crafts!

10 Way Bad Crafts Can Kill You Dead!
#6 Will Blow Your Mind!

It will still hurt like hell if it bites you tho, so take the usual precautions.

And to kill anyone who comes to help you that doesn’t know what the “D” stands for in DRAB.

My answer, at least partially, would be to break up YouTube’s monopoly. All that content would be easier to handle if it weren’t almost entirely up to a single company, and having competition would provide motivation for YouTube to actually put in an effort at solving those problems, or at least give uploaders the option of taking their content to somewhere with a better policy.

I agree that would be a good part of the solution. I’m not sure what that would look like though. It’s not like breaking up Ma Bell or Standard Oil. How do you force all these videos to other platforms and/or limit YouTube’s ability to dominate by accepting all uploads?

It’s a big dilemma for content creators like myself also. I’d love to support Vimeo or whatever else instead, but I can’t. The eyeballs are on YouTube and I have to be there to survive, so the monopoly is self-reinforcing.

All the Nazis found this out the hard way when YouTube started doing the tiniest microscopic bit of policing of the worst of them. A big wave of them (including non-political channels with quietly hyper-conservative hosts, as is common in the “maker” genre) stormed off in a snit to other platforms. Most chose Rumble. They all came crawling back after a month when they realized nobody is watching fucking Rumble.

I lost all faith in the YouTube algorithm when I learned that it doesn’t differentiate between upvotes and downvotes.

Not a flame, but some observations:

Community moderation works (see the BBS as an example!). Build trust levels with users and pay them to help moderate the content.

Alphabet’s revenue per employee is a massive, whopping $1,349,043.98. They can afford to hire more human content moderators.

Hey, maybe hire some of those humanities graduates that right-wingers like to villify for having the audacity to attend a university to study something other than engineering or business?

Do not post suggestions on how to perform this craft “more safely”. If you want to have that discussion, do it elsewhere please.

The problem is that YouTube (like everyone else) is incapable of adequately filtering content at-scale to keep people safe. But unlike everyone else, their platform is hegemonic enough that they’re able to actively prevent people from implementing their own solutions to keep themselves and each other safe.

Sort of like the Uvalde police: they ensure violence by positioning themselves as the sole authority allowed to deal with danger, because no sole authority can actually deliver on that responsibility.

If @VeronicaConnor’s numbers are right, you’d need more than 90,000 people doing nothing but watching videos 8 hours a day to watch it all. In practice, you’d more or less double the headcount of the company to get this done. Also, turnover in these positions would be really high. Youtube kids alone would probably keep California’s mental health system fully occupied.