“Somebody in San Francisco is selling a burned-out house for nearly $800,000 — and the local housing market is so out of control, the listing agent on the home called the asking price low.”

“It’s the location, it’s the land, it’s the opportunity to build,” 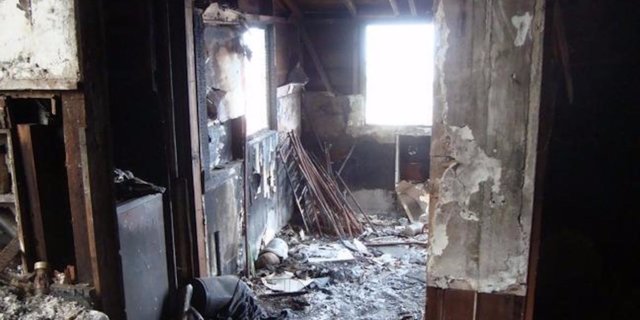 San Francisco's housing market is so dire, a burned-out home is selling 'below...

A home in San Francisco was completely gutted in a fire in 2016. Now the owners want nearly $1 million for it.

It would completely lose its character.

Which character are you interested in preserving? Some summer of love nostalgia, or the character you get when housing costs push past a million?

The expensive coastal cities have no shortage of land per se,

(Land is not just consumed by buildings. It’s also needed by transit, and California is already so overbuilt, it’s proving expensive just to run a high speed rail line through primarily-agricultural land.)

When “maintaining the character of my community” becomes a way to “make sure I can sell my townhouse for 5x what I paid for it”, the resulting fusion of motives is practically irresistible.

How do you feed 100 million people in a 7 square mile city?

in other words, the cost of the dirt the home is sitting on.

The house I’m living in is in the Outer Sunset district so it’s really more “sand” than “dirt.”

This is what the neighborhood looked like about a century ago. If you told people back then that a tiny parcel of that land would one day be worth around a million dollars they would have deemed you nuttier than Emperor Norton.

The character of San Francisco is already changing. And will continue to change. By attempting to halt that change. All you are really doing is abdicating any ability to control it, losing the opportunity to make that change of benefit to most people.

So you see in San Francisco, NY, London and an increasing number of large cities. Rabid gentrification, because under these restrictions the only development happens in the luxury market. The closure of any long standing business that doesn’t own it’s own space. You’re carnagy delis, grey’s papayas, And CGBGs. To be replaced by national chains and designer boutiques that can justify or amortise an expensive, probably non profitable “flagship” in a flashy location.

In NYC, And increasingly in San Francisco. The “character” of the city is transforming into very limited, very expensive luxury housing. Starbucks across the street from each other, And banana republics all over.

Better to actively change the physical dynamics of a city so the people, places, And cultures that actually define their character can afford to stay. And even flourish. As it is both NY and SF are increasingly play grounds for the well heeled and investment class. Where working people (even middle class, white collar workers) increasingly can’t make it work.

What would 100 M people look like in the Bay Area? It’s overpopulated as it is. There isn’t enough water for that many people. What would the parks look like? Standing room only. Want to go for a jog? I hope you have your own treadmill, because forget finding a path or trail. Same thing for mountain biking. Lake Tahoe would be brown, with a nice sheen of sunscreen funk on top. You wouldn’t need to worry about getting lost in the Sierra Nevada mountains; all hiking trails would be paved with candy bar wrappers and discarded water bottles.

I think that’s what davide405 is talking about. It’s not about property values, it’s about the livability of the city that created the demand in the first place. Same thing for Seattle, San Diego, Portland, Miami, Jacksonville, Boston…

How do you feed 100 million people in a 7 square mile city?

I’ve been preaching this “housing cost is a zoning problem” for many years now. What cities have done over the past half century of “citizen empowerment” is allow neighborhood associations veto power over development, to let them lock it in amber never to change, except for increased services of course. This of course lead to 3 outcomes, sky high prices, demands for non-market cost controls and demands for government subsidized housing. Since the last costs taxpayers money and rent controls don’t (even though they’re effectively seizing private property), that’s what’s favored.

In my city much of this revolves around the God given right to park on the street. ANYTHING that will take away street parking is rejected. Relatively low cost Light rail or Bus Rapid Transit? Nope, they’ll take away parking. So, by keeping expanded mass transit away they cement in their perceived need for a car and that parking. And we’ve not even gotten into the hideous “Bayonne Box” style infill that the zoning basically requires in brownstone neighborhoods.

So we get this:

Vancouver BC is running into the same issues; I’m concerned that Vancouver in general, especially the downtown core (water on 3 sides) will end up with a bunch of either stupidly wealthy families or near retirement aged couples and no families of modest or average means. Housing here is incredibly expensive, with a 1-bedroom apartment averaging $2090 CDN/month. That’s not in the downtown core, but the city-wide average.

What cities have done over the past half century of “citizen empowerment” is allow neighborhood associations veto power over development, to let them lock it in amber never to change

It’s certainly a challenge to find the right balance. But some of the coolest neighborhoods I’ve visited in the U.S. and abroad are the ones where preservationists did succeed in blocking development for the sake of saving structures and neighborhoods with real character and historic significance. I live in a house (not in S.F.) that’s over 100 years old and surrounded by other historic single-family homes, and my neighborhood recently got designated as a historic district after the majority of residents pushed to make that happen. This was driven in part by seeing how “mansionization” completely changed the character of some nearby neighborhoods. I guess my support for that effort makes me part of a NIMBY group, and I don’t feel great about that, but the alternatives are not appealing either.

That said, I’m sympathetic to the argument that more affordable housing is needed, and that it’s darn near impossible to achieve that without increased density. Other than making maximum use out of the non-historic areas that are already zoned for higher density, I guess my answer would be to tax the heck out of property owners, and use that money to pay a living wage to the teachers, sanitation workers, etc, as well as funding efficient public transportation options so that living in the center of the city isn’t as necessary.

It would completely lose its character.

One characteristic I hope it does loose are the thousands of homeless people living in the streets. Would be great if they could afford to live in a home in the Bay Area…

One characteristic I hope it does loose are the thousands of homeless people living in the streets. Would be great if they could afford to live in a home in the Bay Area…

That’s certainly a worthy goal. Which large cities do you think have done the best job towards achieving it? Are there successful models out there that San Francisco, Los Angeles, and other cities should be looking at for inspiration?

Yet, at the turn of the 20th century, before rent control and restrictive zoning there was dramatic income inequality too, and housing was built all over the major cities because money could be made doing it. Entire neighborhoods that are now frequently gentrified, like the frame 3 story 3 families of New England with decks all the way up, were build as cheap factory worker housing.

Today people would would look at a proposal to build the above and sputter “what about the PARKING!!! Each of those houses will have at least 6 CARS!!!”

There’s a green one and a pink one
And a blue one and a yellow one,
And they’re all made out of ticky-tacky
and they all look just the same.

They’re extrapolating for the entire metropolitan district, which is of course absurd. Sure, yeah, you could build that much housing, assuming there was that much demand. The infrastructure and environmental difficulties presented by doing so would be a different question altogether. Supplying such a super-city with food and water would be an enormous challenge. Even the largest cities in China don’t have that kind of density over their whole area.

Why do we need to accommodate everyone in a limited number of coastal cities? The coastal areas are environmentally stressed as it is, and climate change isn’t going to make it any better.