137 underage patrons were cited at one Wisconsin bar

Originally published at: 137 underage patrons were cited at one Wisconsin bar | Boing Boing

Granted, you can drink underage if you are with a parent in Wisconsin, but damn, that’s a lot of children for one parent. 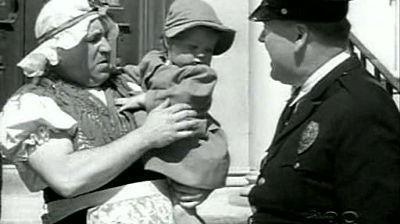 Policeman O’Halloran: That’s a fine broth of a boy you have there. Is he on the bottle yet?

Curly: I should say not. He don’t smoke, drink nor chew.

Me and everyone else who’s ever been to Madison:

From what I have read, you can now order fake drivers licenses from China for about $100 that are basically indistinguishable from the real thing. Even the barcode scans correctly with the apps the door workers use.

Does ChurchKey bar still exist? Cause that’d be my first guess based on my UW experience.

In simpler times, all forms of ID could be purchased from companies advertising in the back of Rolling Stone magazine.
I still remember the look the bartender that had been serving me for a year gave me when we told him we were celebrating my 18th birthday (legal age at the time in NJ)

Don’t tell me, let me guess: the bar closest to the U of W campus?

Underage drinking at bars very close to UW campuses is something of a tradition, as I understand it from my parents who grew up in a smaller UW campus town.

You know when you’re driving around the west end of the UP, and you’re not sure if you’re in Michigan or Wisconsin? (OK, probably hasn’t happened to a plurality of the commetariate) Look at how many corners of the next blinking yellow or red intersection contain bars. If it’s more than one, you’re in Wisconsin. If it’s 3 of the 4, you’re in Eagle River, and definitely went too far.

Me and everyone else who’s ever been to Madison:

I was given a someone’s ID within the first week or two of starting at a UW school. They looked nothing like me but it still got me in bars except for the first bar I went to. Got there with a group of people, bartender checks our ID’s, doesn’t believe mine for a second, but I somehow managed to momentarily convince him ( I did have all the id info memorized). So, we ordered a pitcher and started playing pool. Bartender walks over a short while later, singles me out and questions my ID again. I gave my arguments again, he was being really chill about the whole situation and you could just see how much it was bugging him, so I told him the truth, he thanked me and let us finish our pitcher. The next bar we went to that night didn’t even bother carding me.

Not being a Wisconsan, this sounds like a pretty egregious example, so maybe this is warranted. But in general I don’t like this approach in our US laws. My dad owned and operated a bar/restaurant in Maine when I was in Highschool, and it seemed unfair to put all the burden of sussing out clever underage drinkers on the establishment. And most of the consequences, too.
One 20-year-old with a good fake ID could’ve gotten him shut down, but the underage drinker would maybe get a fine, if anything, even though they knew they weren’t legally allowed to drink there.
IIRC, at the time Canada seemed to have laws that better shared the burden of such infractions.

Having the drinking age set at 21 in the USA leads to ridiculous situations like this, and ends up doing more harm than good.