I know bbs tends to be a place of fine fountain pen connoisseurs, but I have been loyal to my cheap-as-dirt Papermate stick pen forever. Something about the sticky, shitty ink gives jut the right resistance to slow my frantic lines down to a smooth curve. the thick ink also somehow allows a range of line weights in an almost painterly texture. Most everything analog I’ve posted in this thread was drawn with them. So, of course they seem to be discontinued and have disappeared from all the office supply stores. I’ll miss these old friends *department store muzak version of Taps plays…* 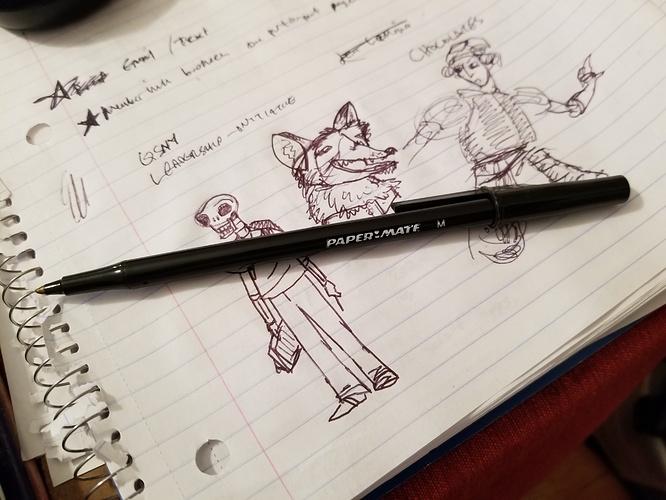 My new strategy for avoiding the stress/procrastination trap of social media is to instead image search a random phrase and find my favorite. Today was “Duck Knight” and there were some gems, but the stand-out was on from a Spanish artist Alvaro Pesquera: 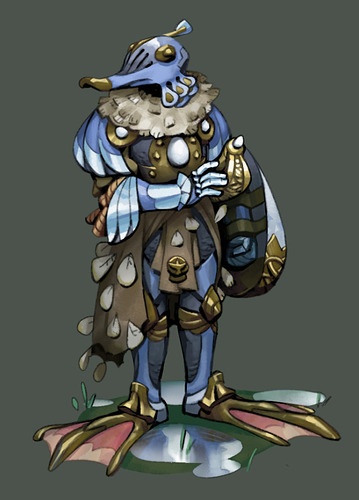 His art station site has some other great animal/knight hybrids. https://apesquera.artstation.com/
Here’s his twitter: https://twitter.com/AlvPesquera

A couple of funky maps 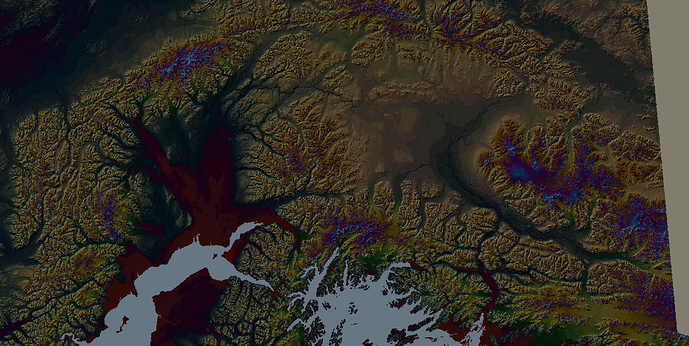 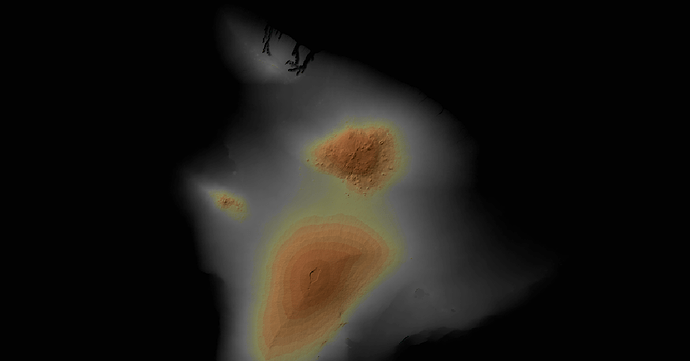 Fun with LIDAR. These are all images of real places

We had a full 8 hour “Retreat” (really needs to be a legally protected term) over videochat for our extended leadership team today. It was a slog, but at least over video no one can see you life drawing them… 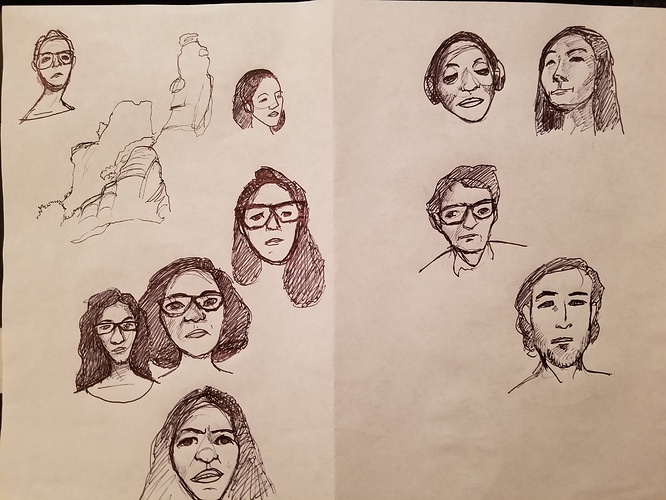 Any hints as to location?

Indeed! I’ve had some awkward IRL interactions when people notice, lol. Nice drawings, I like the shading work!

These are from two locations in central Missouri. The MO River is visible in the bottom two images. It’s an interesting project I’m working on. My friend is really into the ancient natives of this area – the Adena and Hopewell culture, about 2000 years ago – in particular, how they used alignments for solar and lunar astronomy. He is looking for evidence of old structures such as mounds and “forts” (walled enclosures, not actually used for defense) . LIDAR and LIDAR-based DEMs (digital elevation models) can be used to spot such things. So I’m helping him out in return for a kilo of smoked Canadian bacon. We haven’t found much yet, and I am skeptical. This land has been farmed and grazed and disturbed for 500 years or more. LIDAR works great for finding big ruins in jungles and such, but even a 40-foot mound can vanish in a millennium or two.

Thanks! I got a (deserved) side eye in a meeting once and have tried to be cooler since…

BTW I grew up in downeast Maine, and my family is all still scattered around the state. I’ve seen you mention you’re in Maine. I only mention it because I think that means we’re most likely relatively un-distant cousins of some kind

Haha, probably! One of my old pub friends used to joke that his grandfather had headed south to find his grandmother to “add some branches to the family tree” before coming back to settle here.

Good to know that Hopper didn’t always make paintings that look like he was depressed.

I drew this suave turtle with a cause on the back of an archery supply mailer, but I’m pretty sure Hopper would have gotten around to it eventually 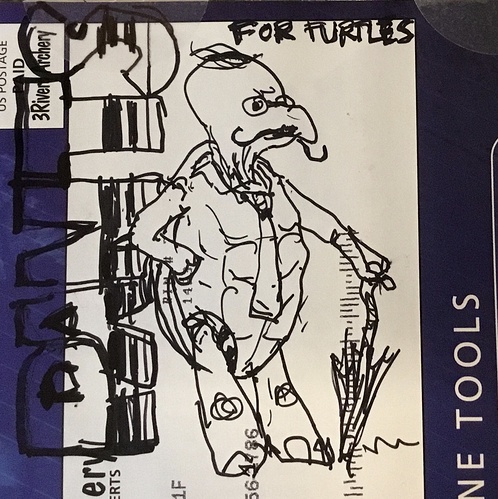 Welcome to BoingBoing! We urge you to share some of your artwork images in this thread.

I’ve been playing around with silk painting for a while now, but only recently started trying to make impressions of objects using resist then paint over them. I’ve been experimenting with ferns this summer. I learned my lesson by doing a big scarf without practicing first, so all these experiments are on little 12x12 silk hankies. The water-based resist sort of washed away - [IMG_20210717_114847671] The rubber-plant based stuff worked better - I did a couple layers of color and “stamps” the…

What do you call it when you’re not a brony per se, but you’ve done so much MLP role playing with your daughter that you feel like ponyville is a place you lived for a while in your 30s? A “Papony?” 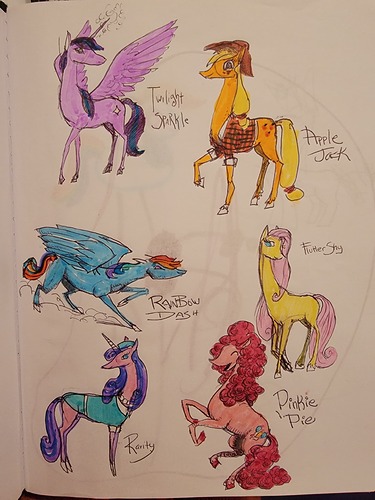 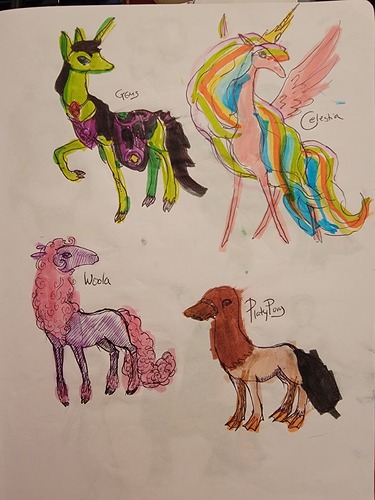 (colors and OC concepts by the aforementioned daughter…)

This topic was automatically closed 90 days after the last reply. New replies are no longer allowed.

I’ve started a GoFundMe to generate business. You can find the link at my own promotional thread,

This here thread is a do-over of my thread concerning my own art and whatnot. 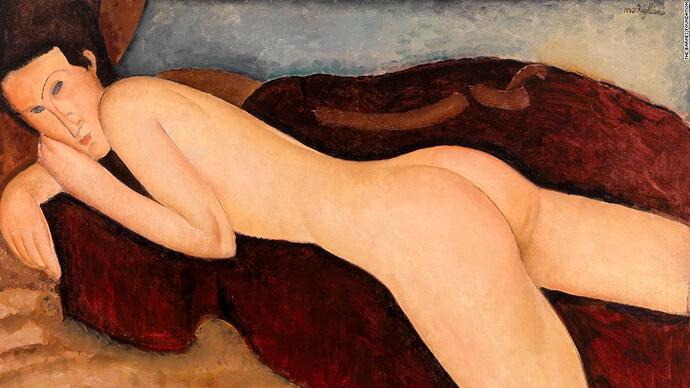 More than a century after the death of Amedeo Modigliani, a consortium of art historians and conservation experts is discovering hidden aspects of the artist's techniques thanks to new research and analytical technologies.