and the country continues to refuse any most solution(s) to its vast labor shortage that involves immigration from the nearby, poorer Pacific Rim countries with their huge skilled labor pools

They are fine with slavery, actually…

It said Japan is among the richest nations doing the least about the problem within its borders. It ranked Japan with Saudi Arabia, Qatar and South Korea in this regard.

It added, modern-day slaves in Japan can expect about the same level of help as those in impoverished Myanmar and Tajikistan.

Almost 46 million people are trapped in modern-day slavery, two-thirds of them in the Asia-Pacific region, according to a study released Tuesday. The Globa

I’ve had a thought bouncing around my brain for a few days that the new generation of highly sexualized anime is partially a system of trying to get the teenagers to make more babies to stave off the population bomb?

While ecchi shows have been around for many years, it seems like inn the past decade or so they have really ramped up the suggestiveness. For all of the fretting over teenagers having sex in the past, now people are fretting over them never getting girl/boyfriends.

I think you’re mixing up cause & effect, here. Japan is a really socially repressed country with some really weird stuff going on in their dating scene, and it seems like that repression is just finding an outlet in their media.

They were just as socially repressed 10 or 20 years ago and the level of fan service was nowhere near what you get today.

I do admit it is a bit farfetched, but it didn’t seem impossible to me that they’re trying to do good by turning on the younger folks, as weird and creepy as that sounds.

For comparison purposes, here’s what piloting a giant robot looked like 40 years ago, and here’s what it looks like today

There may or may not be a degree of social manipulation involved, but I’m inclined to mostly lean towards the “sex sells” hypothesis, which probably explains at least 95% of the extreme sexualization.

As the anime market exploded, market competition pushed all these creators to start throwing everything at the wall they could in order to try and capture eyeballs. Although there’s still a big difference in shonen versus shouju (sp?) manga/anime, obviously.

It has 24 TV episodes and at least 3 volumes of manga already. It was one of the biggest shows last year. There was some backlash over the last few episodes however, so a second season is probably not likely.

I appreciate being able to see the different counts in the clicks on your two links.

… the island of Teba, where every resident is over 65 …

First thing to come to my mind: 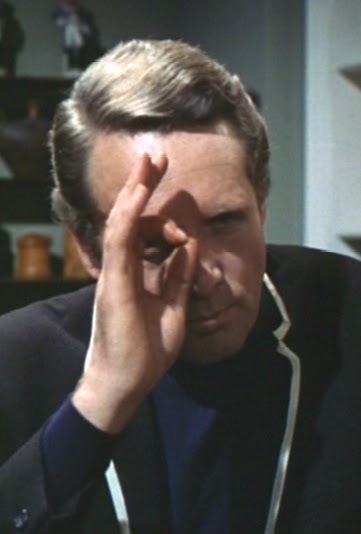 It’s not. I watched the entire series. I really enjoyed it. The method of piloting is a bit of a stretch at first but in the context of the story I’m Ok with it.

The very general plot overview is it is in the very far future. Knowledge of our current history is lost. The majority of the population are sort of the 1%er ideal. Technology does everything for them. Everyone is cloned. There is a robotic lack of emotion in them.

I don’t want to spoil the story but will say that children rediscover what it is to be human. To love and empathize. To feel good working hard to take care of themselves and those they care for. They decide to give up their dependency on a technology that has a negative impact on others and return to the earth learning to farm. It’s a pretty big divergence from what initially just seems to be a simple T&A mecha anime.

Kill la Kill is satire. It is intended for adults. All you can see is the naughtiness?

Also, yea, Darling in the Franxx was pretty trashy. It is not a fair sample of Japanese culture.

While ecchi shows have been around for many years, it seems like inn the past decade or so they have really ramped up the suggestiveness

I’ve seen a similar increase in other genres (particularly comics) that are marketed disproportionately to young men. I can think of three obvious causes.

Kill la Kill is one of my favorite shows, but almost everybody agrees that the fanservice goes way over the top.

I have a wacky theory that the show was made as a dare to cosplayers, and even Studio Trigger is kind of shocked at how far they have been willing to go. There are multiple people who have cosplayed Nonon’s NSFW Nudist Beach outfit for example.

…fanservice goes way over the top.

I think that was the intention. It’s satire. And nudity has always been central to Japanese comedy.

Ok, for all the society’s ills Japan has, understand that popular exports like anime and otaku culture are considered subcultures in Japan. Again, it’s not a perfect country, but please give a moment’s thought that it may be tempting to demonize other country to feel better about our own slave-mongering, native population slaughtering, oppressing and actively-killing-minorities-to-this-day selves. Just a reminder that we look like a bunch of gun-toting insecure racist weirdos to other countries as well.

The post is a warning for us. The question is, how can they turn that around, and how can it be applied to ourselves?

A cosplayer / Burlesque dancer I follow had no problem with the Darling In the Franxx pilot costume.

That was referencing Kill la Kill, especially the second half of the series.

I will give props to anybody who implements the butt controls from Darfran.

That was referencing Kill la Kill, especially the second half of the series.

I liked Kill la Kill but honestly don’t recall the details on the end of the series. I should re-watch it one of these days.

I will give props to anybody who implements the butt controls from Darfran.

@Stellachuuuuu on the social medias.

I found it on google images but not directly on her account. My searching at work is limited.

I think it’s telling that both of your examples of highly sexualised anime are from the same studio, one kinda known for pushing the envelope. It’s not all wall to wall cheesecake in anime, though. Sometimes it’s children being traumatised, or nothing much happening but in a rather soothing way.