“Why do you think the Prime Minister want to bring in more foreign workers?”
“Because there aren’t enough workers?”

This is definitely a complicated subject, i am aware of xenophobia that exists in Japan but at the same time one has to understand that they do value their cultural identity. I do hope they lighten up though, Japan is a wonderful country.

at the same time one has to understand that they do value their cultural identity.

That line is exactly what many in Europe and America use for the exact same reasons. What nation doesn’t value their cultural identity?

So then one has to ask: If one’s cultural identity includes racism, nationalism, and xenophobia, is it to be respected? Or should it be condemned? Is that forcing ones’ values on another culture, and is it acceptable in this context?

If the answer is “Yes, no, yes, no”, would this apply to other places in the world, such as one’s own culture? Why or why not?

ETA - Most of those responses were more reserved than I expected. But they still echo similar fears we have hear. See, everyone is really the same.

Blood and Soil ideology is just an extreme form of this bullshit. The idea of the nation state, especially the “Kulturnation” still resonates strongly, for some reason, even after the complete cultural breakdown of the second world war.

The dislike of stuff being branded as tribalism comes with the culture nation becoming a thing in the 19th century, interestingly. A short while later, colonialism was all the rage.

I sympathize in general with any regions’ sense of identity. Being Venezuelan i take a lot of pride of where i’m from and the culture i was raised in. That being said don’t mistake my sympathy as being ok with xenophobia, its the #1 thing that upsets me… my parents will often talk trash about not trusting X nationality coming to Venezuela or the US. I often have to drop some truth on them and give them a reality check.

In the case of Japan i think its an awesome country with lots to offer, and they could only stand to benefit from embracing more professionals from abroad.

My brother has lived and worked in Japan for going on 30 years. I do not expect him to ever come back to the US permanently.

He describes it as being like a man with no nation - no longer an American but he still feels isolated in Japan. Part of it is he can never emigrate or gain citizenship and has to continually renew his work visa. Even though the Japanese are very friendly and accommodating to foreigners - especially Americans, there are still lots of unwritten cultural barriers that you only discover once you’ve lived there a while. Things like dating is extremely complicated as a foreigner.

I think the Japanese government is very aware of the impending problems they face with an aging population but it is a very conservative culture so any change there will be slow and deliberate.

How do Japanese folks think this is going to work in the long run? If they’d asked these same people what they think Japan will look like in, say, 30 years (which isn’t a terribly long run, either), I wonder what they’d say?

The main difference between modern Europe and modern Africa (and other place) as far as national identity, borders, and homogeneity is:

The national lines in Europe, while in flux over the centuries, is still mostly drawn primarily around the language and culture of the people living there. The “states” that make up the countries even more so.

Modern Africa’s national borders are mostly due to the carving up of colonialists, and as booty from various wars. You’re right to observe that all of the nations have a much wider variety of both languages and cultures. So even if they may not have as large of a value for a “national identity”, they do still value their cultural idenity. Similar to how early in US history, people identified mainly as the state they lived in, not as an American. And just like many places around the world, Africa is a mix of cultures interacting and respecting each other, as well as harming each other.

In Japan’s case, being an island has made isolationism and segregation possible, though there are difference between various regions. They even have a suppressed minority group, the Ainu, thought to be the original inhabitants before another wave of immigrants came and took over. 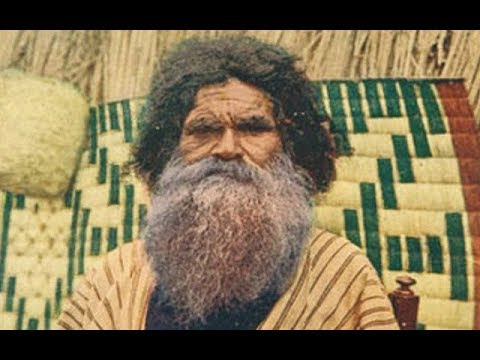 Part of it is he can never emigrate or gain citizenship and has to continually renew his work visa.

I am curious as to why he can’t get citizenship or a permanent resident visa. I opted for PR after my first decade here, but had (and still have) the option to change nationality, something which many of my (formerly) Chinese and Filipino friends in Japan have done. I was talked out of naturalizing by my Japanese boyfriend - for the benefit of our future kids - so that they could have two nationalities at birth.

As far as I know, Japan does not allow dual citizenship so he would have to renounce his US citizenship and he’s not willig to do that.

Yeah, after 30 years I think one should be able to get PR relatively easily. Spouse def makes it easy and kids makes it next to automatic, tho. I 100% identify with the sense of “being like a man with no nation”, even after only a decade of being here myself. It’s kind of a blast going back to the states and getting reverse culture shock when I go to a store or fast food restaurant. Japanese politeness may seem a bit false to me at this point, but it definitely beats the genuine hostility I sometimes sense from service workers in the US. I guess the warm and friendly interactions that are possible there are better, tho.

As an aside, I really hope they fix the laws so at least those born with multiple citizenships can keep them here. My ダブル kids have 16 and 18 years left before they have to choose and it’d be awesome if something happened in the meantime so they don’t have to choose one country or to somehow lie to the Japanese government about it.

As far as I know, Japan does not allow dual citizenship so he would have to renounce his US citizenship and he’s not willig to do that.

You are right on that, and that is the main reason now, that I am still a PR (long after having kids was off the table.) A switch would mean I could vote. For him it would mean that and no longer having to file for US income tax. He could apply for PR as long as he’s been in country for at least 10 years without a blank.

Either way, no matter what your passport says, you’ll never be accepted as “Japanese” by the vast majority of people. This just isn’t a country of immigration. Previously when there was a shortage of blue collar workers (late 80’s-early 90’s) the government decided to invite back the descendants of Japanese immigrants to Brazil and Peru, assuming they’d have an easier time of integrating into Japanese society. Thousands came. The government made no plans or accommodations for the integration. No Japanese language lessons for kids or parents. Kids just put into classrooms entirely in Japanese. Areas around car factories had huge Brazilian populations with restaurants, stores, karaoke bars, etc. and the people mainly self segregated. After the 2008 economic crisis, the government offered one way tickets to people on these special visas if they promised not to come back for at least 5 years.

This time, they are planning to limit the visas to individuals only - no families allowed. And you have to leave after 3 or 5 years. (Last I heard that was still being debated). Not worth the effort of learning the language, that.

He may have his PR by now but he’s also extremely lazy so I suspect he’s just not pursued the matter. He does a mainland trip every few years to renew his visa and will occasionally come back to the states to visit or I’ll go see him there but we’re not especially close anymore. He’s in Kobe which doesn’t have a large foreign population like Tokyo.

No wife or kids though. He had a serious girlfriend for a time which we hoped would lead to marriage/kids but their relationship ran afoul of the gaijin issue with her parents so it eventually soured.

Japan has a real dilemma here. No matter what, it’s going to have to adapt to some large cultural changes. Either it has to adapt to integrating foreign workers into Japanese society , or it has to adapt to a falling population and a rapidly ageing society.
And for the sake of the whole world, if it chooses the latter, I hope they make a success of it, because the entire world is going to have to go through this demographic transition, and adapt to falling populations if we are ever to get off the treadmill of infinite population growth, which is essential while we still have only one planet.

One of the options, which so far has eluded the Abe government, is creating an environment where married women and mothers can readily participate in the labour force. There’s been considerable hot air blown about, but what is needed is very simple - more daycare, with more flexible hours and better enforcement of labour laws.

Japanese politeness may seem a bit false to me at this point, but it definitely beats the genuine hostility I sometimes sense from service workers in the US.

Pro-tip: never travel to Berlin coming from Japan, then.
It changed in the last two decades, a lot, but is still famous for it’s general rudeness.
And this is taking into account that Germans have a reputation of being direct borderline unfriendly.

15 year resident of Japan here. There’s a lot of casual racism and cultural superiority, but I love living here.

Embracing Japanese culture? All of it? Does this include having to tolerate whaling and other forms of animal cruelty? No thanks.