I saw yer promo. Yer doctor is convincing. Not.

I have a few questions before you even start:

I don’t care to link to propaganda, so I won’t, but if you will, I’ll be forever grateful.

P.S. I apologize, just yelling into the darkness about something that needs consensus…the human brain is not a crime. Never was. Crime came after consciousness.

Don’t blow your jets, daddy-o - these cubes are squaresville; yesterday. Us hep cats are hip to their stinky jive, and these days Joe Punchclock is a wake-up too.

This is just a last gasp from the honky set, as The Great Satan starts to see the light, and the graveyard begins to swing into a hootenanny. It was tough toenails for all the groovers until now, but the light the end of the tunnel is a monkey run away.

Christ what a deceptive asshole.

Her first point is:

“Alcohol is very different from pot. When you take alcohol it leaves your system, but cannabinoids sticks around in your brain and the fatty tissue.”

“It’s hard to tell if you’re driving while stoned”

Obviously this guy has never once been stoned.

Pot is not booze, that’s correct. It’s actually much safer than booze. If you’re high, you’ll know it.

Don’t blow your jets, daddy-o - these cubes are squaresville; yesterday. Us hep cats are hip to their stinky jive, and these days Joe Punchclock is a wake-up too.

I have no more to teach you, my son. You have mastered the lingo; now go forth and be justice throughout the land.

Thank you, Master Linker, for you are currently an internet God to me. How do I perform your ritual? Will your potlatch from the sky respond to my primitive ritual attempt? rhetorical question in play

Yes. Yes it will.

One last thing: ask yourself why CBS, and its parent company, would want to deter voters. Follow the money, honey.

P.S. When people stop profiting off, and on, other people, humanity will reach the stars and beyond, but until then, we are relegated to the backwater of the universe, just hunting ducks and hating ourselves…embedded burn(s)

Seriously, last point here: There’s so much to unpack regarding human brain function, and Marijuana may be complicated, but it isn’t criminal. That is all.

At the end of the day, if you’re okay with booze not being prohibited, you should be okay with anything demonstrably less harmful, end of story.

Half-arsed arguments where there’s an attempt to make an exception for booze on the basis of tradition or whatever are just bigotry.

The main reason pot was banned in the US was Anslinger’s racism anyway.

He personally tried to get Judy Garland off the junk, but sent guards to make sure Billie Holiday had no drug induced respite on her death bed. He wanted to make sure she went out in pain.

Fucking Anslinger. That name deserves to be a filthy curse.

‘Wow, he really said that? What a total anslinger.’

Too much of a mouthful, I reckon…

A bunch of potheads tell me that weed is illegal because it threatened the newspaper industry. But that doesn’t make sense, because even with retooling, at the time it would have been cheaper to switch to hemp paper.

The real reason is the movement Anslinger started. That jackwagon approved so much propaganda. So many lies. And was so racist it guided the whole war on drugs to this day. He started it and used it to kill racial minorities specifically. 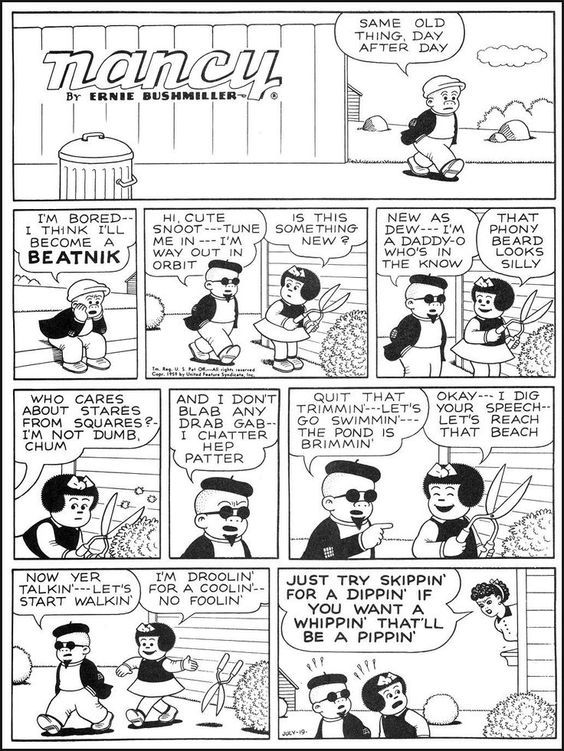 Yes, there are three rocks, but what do they mean?

This topic was automatically closed after 112 days. New replies are no longer allowed.