If she wins, won’t that prove the board right? If she wins then clearly students do not need an advisory seat on the board, because they can run in open elections.

Not necessarily. It proves only what we already know - that they can run, that they may or may not win, and that any time no student wins a board seat, the views and interests of students risk going unrepresented until the next board elections.

It remains a valid position that the interests of students are sufficiently unique, sufficiently different from those of the broader community, and sufficiently closely tied to the school’s governance, that a position specifically for students would be appropriate.

I’ve got $5 says that the first item on the next board agenda is voting in an age limit on board nominees. Any takers? Anyone?

One of finest gifts of childhood innocence is not knowing about “motions to close debate.”

Poor kid just looks like she just bubbling over with bright ideas, too (just like I was when I was involved in politics as a kid). She may win, but one night there not going to sit and listen, and “a motion to close debate” will be brought to floor and seconded. They have to stop talking about what would be nice to do, and vote to act on doing something now. Regularly, something at they don’t want to do.

And the kid start becoming an adult, maybe a little sooner than they wanted. 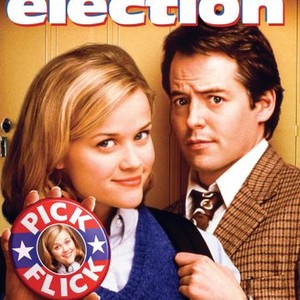 In this satiric comedy, Jim McAllister is a popular and well-respected instructor at George Washington Carver High School in Omaha, Nebraska, but lately he's been unhappy in both his personal and professional life. His anxieties finally come to a...

…than one of the students that may actually be interested in coming back and being a teacher some day.

If I’m understanding this correctly, it’s a school board just for one charter school. You’d think that a charter school would want student input if they were about doing what’s best for the students.

Perhaps, if that’s what charter schools were about.

she found a loophole and exploited it to her benefit…she will make a fine politician.

To close debate you still need a 2/3rds majority to concur. If she does her homework she can probably out fox most of the adults on the board who are used to doing things their own way. For example any motion to end debate has to be voted on and pass by 2/3rds majority. If she has the floor of course she can call a point of order, you can motion to end debate unless you have the floor.

So I don’t see how this procedural rule soured you so much.