A brief history of poisonous wallpaper

Hey, that’s the wallpaper in my dining room! 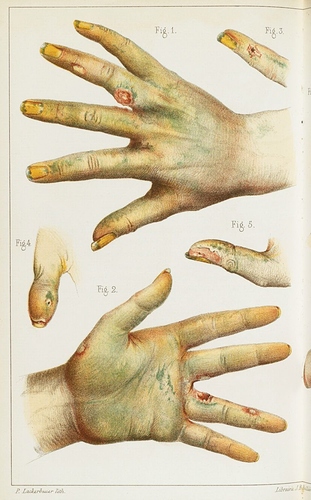 Morris, who benefitted from the arsenic mining industry, did not believe
the pigments were connected to the spike in arsenic poisoning among his
customers, dismissing it as “bitten by witch fever.” 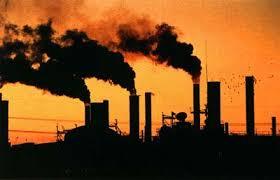 So how was the arsenic getting into the people from the paper? Does it leech elsewhere? Did people touch their walls more than they do today? Or was it just from the exposure of putting it up?

So how was the arsenic getting into the people from the paper?

Scopulariopsis fungus can grow on wallpaper, and produce arsine gas from the arsenate dyes.

(The reason I know this is that one of my relatives thought that ‘Scopulariopsis brumptii’ was the funniest scientific name in existence).

“This wallpaper and I are fighting a duel to the death. Either it goes or I do.” - Oscar Wilde

Beanolini: Scopulariopsis fungus can grow on wallpaper, and produce arsine gas from the arsenate dyes.

This happens when the air is damp. As in Napoleon’s “retirement home.” So he probably wasn’t deliberately poisoned, but a victim of his environment.

I last read about this in Theodore Gray’s pretty wall calendar.
http://theodoregray.com/periodictable/Elements/033/index.html

For a period during the 1800’s green arsenic pigments were popular in
wallpaper, including patterns by the extremely popular William Morris.
Problem is, when the air is damp, mold can grow on the wallpaper and
convert the arsenic into arsene gas, which slowly poisons anyone in the
room. People noticed that they tended to get weak and sickly during the
damp winter months, and if they moved to a drier climate they got
better quickly. Ergo, damp weather is bad for you, vacationing on a
sunny island is good for you. It took a hundred years before people
realized it was just the wallpaper, and by then the myth of damp being
bad for you was firmly established

“Witch Fever” is definitely going to be the name of my new prog-metal band.

What is your Band Name, Rapper Name, Album Name games

Auto-playing video ads now, BoingBoing? Welcome to my ad blocker. I tried to keep you whitelisted, but you’ve forced my hand. Do better.

“Witch Fever” is definitely going to be the name of my new prog-metal band.

I’m afraid it’s already been taken by an ‘all-girl punk band’ from Manchester.