Tomnod is a team of volunteers (like you!) who work together to identify important objects and interesting places in satellite images.

Direct links won’t help, they’re getting hammered so hard their comments are nothing but people bitching about the outage. Those that do get in bitch about the interface.

It’s a good idea, but sounds like it needs some work.

It won’t work. The Island doesn’t show up on satellite images, and it keeps moving.

The first tiles I was shown did not show up at all but after moving around the blank map, many tiles are fully visible. Just don’t give up and look at what you can.

Whatddya make of this? Appears to be 70’ in length, could easily be a trawler, but interesting nonetheless. Tagged on Tomnod.

I found that object as well! I doubt it has anything to do with the airplane, I think it’s a whale. 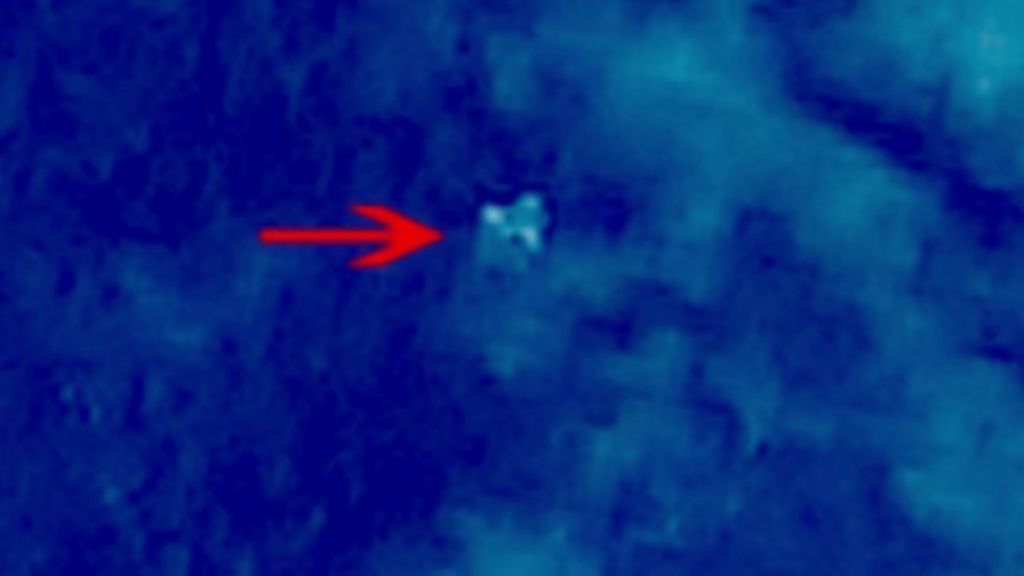 Satellite images of what could be debris from the missing Malaysia Airlines flight MH370 are released on a Chinese government website.

Damn. I think you’re right. I hope they didn’t know when it was happening, just quick oblivion.