A history of pop-up headlights

Originally published at: A history of pop-up headlights | Boing Boing

I also never understood why less aerodynamic at night was a good option.

James Pumphrey at Donut Media loves him some Pop-Up Up-And-Down Headlights, and so do I! ^___^ 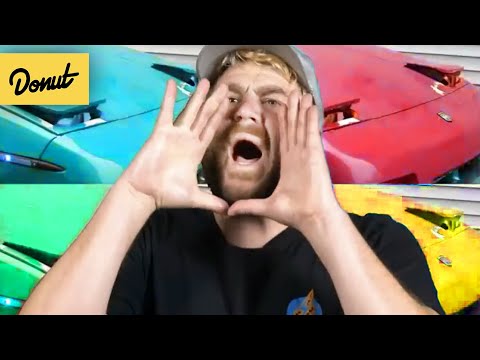 One of the most risqué jokes Pixar managed to slip into Cars was the part where a giggling pair of groupies flashed their headlights at Lightning McQueen before getting escorted away by security.

Some automakers went a bit nuts with the “headlights must be hidden at all costs!” fad: 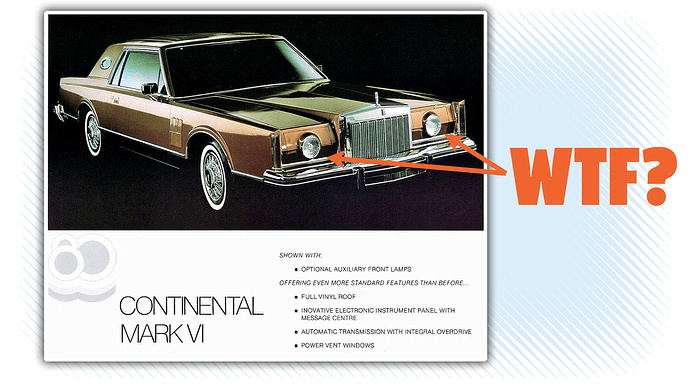 In America, for a very long time automotive designers were forced into using standardized headlight units. First round sealed beams, then rectangular ones, and often they got so bored with these that they just hid the lights altogether, often in very...

Hidden lights can be cool, but hiding them behind other lights?? Ok.

This brings back fond memories of my 1987 Pontiac Firebird. The pop-up headlights only seemed to fail to pop in when it was especially dark and scary or raining.

Just like every other motorized thing that used to start moving as soon as you turned the key (collapsible antenna, flyover shoulder belt), I’m glad we don’t have to deal with these any more. The fewer doohickeys prone to failure, the better.

Ah. Totally didnt get it. I assumed it was to look like they were smiling really hard.

I guess that dropping their tops (being convertibles) or throwing their bras at him (did any characters in the film wear a leather car bra? Too 1980s?) would have brought down the corporate censors. 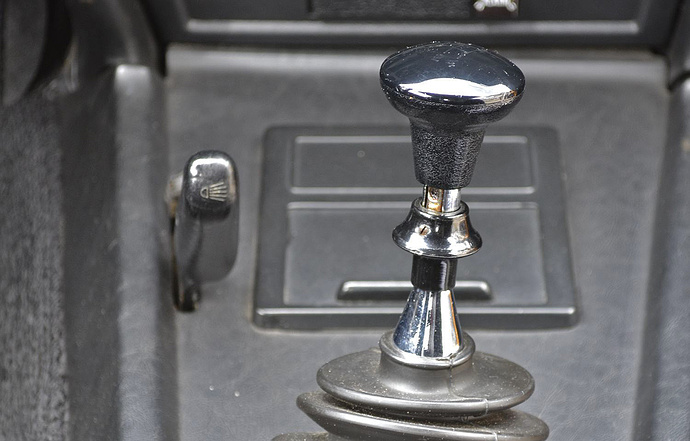 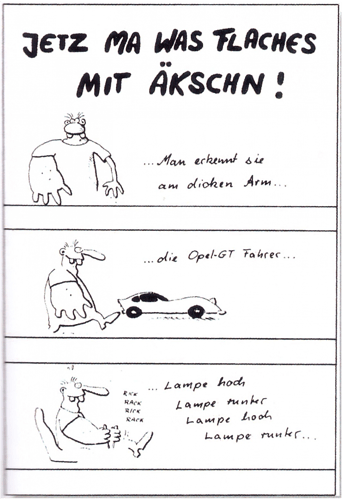 Now for Wing Windows, the best use was as “no-draft” – they would suck cigarette smoke out very well, without causing a lot of air noise or wind in the car. I don’t smoke, and nobody may smoke in my vehicles, but it still could be useful to exhaust bugs.

That video sounded mostly like the revisionist history of someone who wasn’t around in the 70’s or 80’s.

While aerodynamics may have played a small role, aeromodeling was mostly an afterthought or of secondary importance behind reason number 2 above.

The assertion that headlight height requirements had something to do with it is just plain incorrect. 24in minimum height and 54in max height is not a hard target to hit.

The fewer doohickeys prone to failure, the better.

I specifically remember one pop-up headlight failure on someone’s Fiero, when they turned them on while someone was sitting on the hood and jammed one headlight up good.

I never heard them called anything but “cigarette windows”.

The fewer doohickeys prone to failure, the better.

This is what I feared when we bought our (used) NA Miata, but the reality is that the pop-ups have brought me nothing but joy.

While aerodynamics may have played a small role, aeromodeling was mostly an afterthought or of secondary importance behind reason number 2 above.

Like most stylistic choices in the 80s, it was skin-deep. People liked to imagine it was more aerodynamic, but the effect was minimal. 70s and 80s cars were such bricks already that a few square inches of headlights weren’t going to make any difference.

Aerodynamics today drives car design vastly more than people may realize. If you’re one of those people who complain (rightly) that cars all look the same nowadays, this is why. They’ve converged on an aerodynamic blob shape that accommodates desired use cases while maximizing fuel efficiency and minimizing noise. Aerodynamics became a big area of effort in the late 90s onwards because we were running out of ways to continue meeting mileage and emissions standards while continuing to market the triple digit horsepower numbers people demand. Sophisticated aerodynamics has kicked that can down the road another 20 years by squeezing out more efficiency, but it results in the blobs we all drive today.

They did manage to slip in a “topless waitresses” joke in the background of a different scene too.

‘Wing windows’? The proper name is quarterlights - they’re clearly not attached to the car’s wings, or fenders as some call them.
I had two Morris Minors with those, they were very handy for allowing some airflow into the car without having to wind down the door windows.
Citroen 2CV’s went one better - a flap that ran the full width below the windscreen that could be wound open for ventilation, with mesh to prevent insects entering, plus the door windows were hinged halfway down, and an ex-girlfriend who had one learned very quickly that to open the window all she needed to do was hit it with her elbow, making it fly open and lock in place.
The cloth roof could also be pushed almost all the way back as well - getting fresh air was never an issue with that little car!

“ Aerodynamics today drives car design vastly more than people may realize. If you’re one of those people who complain (rightly) that cars all look the same nowadays, this is why.”
To be honest, there’s far more variation in car design these days than there was in the 70-80’s, when complicated compound curves weren’t really practical in mass-produced cars, especially when they mostly had chromed steel bumper/fenders. Now, the impact bar is hidden behind plastic and foam structures that blend the bodywork around the front and rear and modern LED lighting systems allow a much smaller lens system with more scope for creative design. Of course, damage to one light will cost an eye-watering amount of money to replace, roughly £1200-1300, instead of £20 to replace a sealed-beam unit!

I passed my driving test in one of these beauties: 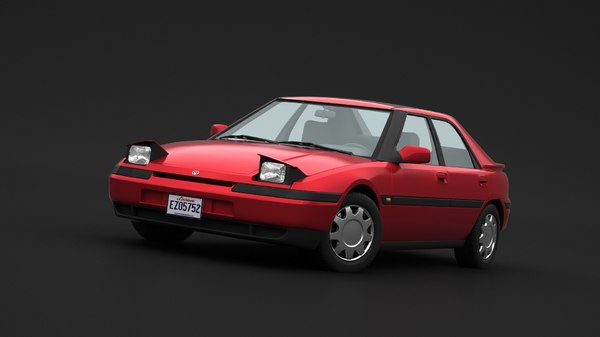 My first car was an '83 Toyota Celica GT. Totally great car (loved the rock-solid precise steering… like on a bicycle), except for the relay glitch that got its pop-ups all wonky. When turned on, they popped up out of sync with each other and then out-of-sync cycle through up and down. Crazy. $10 relay swap fixed it.

Also useful when you lock the keys in the car, gentle tapping near the quarterlight catch caused them to open.

2CVs were brilliant, simple and fun, I passed my test in one, so good in snow and on rough ground, removing the rear seat (with a couple of catches) for picnics or extra luggage space.