Originally published at: A look back at the 1982 THE HOBBIT text adventure video game | Boing Boing

This was a while before my time and an amazing discovery for me as an adult later taking an interest in old games.

This article is a must-read because Tolkien here was just a license to shoehorn into the text-based open world sim they’d made, inasfar as anything on such primitive hardware might get those terms applied. It was conceptually way ahead of its time, and might have been a versatile engine for IF. But by all accounts (including this one) it was so difficult to debug, it being 1981 and written in Z80 assembly, that everyone seems to have fled game development the instant it was done, and its use seems to have been limited to a couple of Tolkien sequels.

I used to get frustrated with the randomness, and usually ended the game with “kill gandalf with sword”.

One time it actually worked! Yes, I had doomed Middle Earth, but the bastard deserved it for getting us all locked up in jail.

I had it for the C-64. Loved the graphics and the soundtrack. Grand March Aida still gets stuck in my head.
It was fairly simple until Mirkwood. I remember always getting stuck in the wood elves jail.

It is interesting how few later adventure games used this sort of emergent behavior with NPCs going off and doing their own things and even fighting each other. A notable exception was 1987’s Knight Orc. 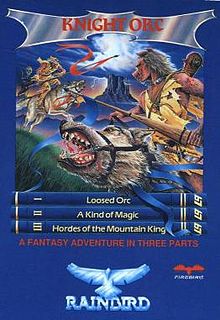 Knight Orc is a standard text adventure game, with limited graphics on some platforms, by Level 9 released in 1987. It comes with a short novella by Peter McBride ("The Sign of the Orc") explaining the background to the story. After a night of heavy drinking with friends, Grindleguts the orc awakes to find himself strapped to a horse and about to joust with a human knight. His "friends" are nowhere to be seen, and he must somehow escape from his predicament and get even with them. Grindleguts mu...

I got it from my friendly neighbourhood pirate when I got my Spectrum +2. I probably struggled with it because I was only 6.

I remember always getting stuck in the wood elves jail.

“I don’t remember seeing the warg on this playthrough”

*gets caught by the wood elves and put in their dungeon*

You see the vicious warg.

“Damn it, Thranduil! No wonder Thorin doesn’t want to have anything to do with you.”

Another interesting novelty was, that the game was sold together with the book. I also had a “friendly pirate”, so I had to get the book from the next library. For me this was the very first step into Middle-earth and all the other books by Tolkien.

I will recall these powerful words until I meet my own Mount Doom:

“Thorin sits down and starts singing about gold.”

ETA: Of course, like so much of its era, The Hobbit is now playable online at the wonderful archive.org

That reminds me of a Great Big Story video on Veronicka Megler and how she acquired a huge fanbase for the game without apparently knowing it! 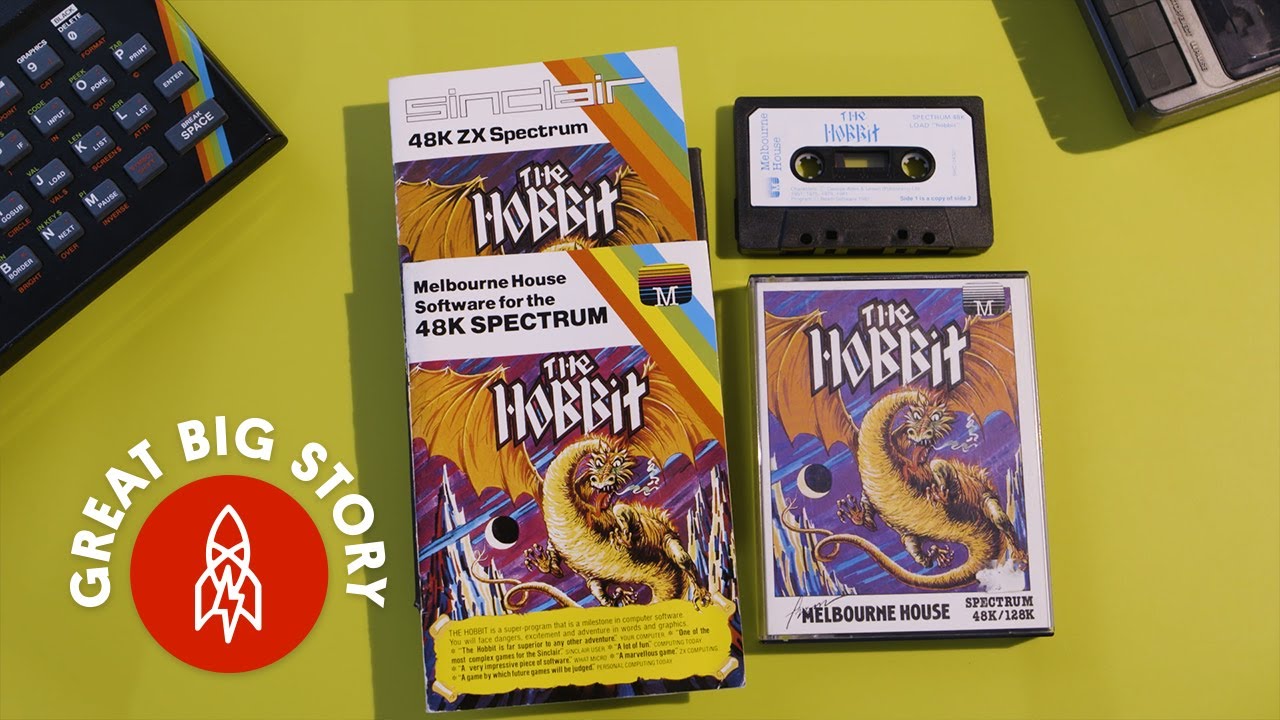 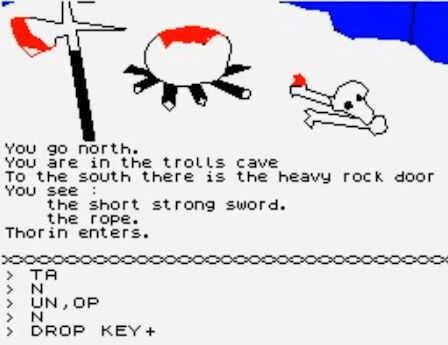 THIS. So much this. It’s about the only thing I took away from that damn game.

Jimmy Maher’s article on ‘The Hobbit’ is well worth a read (as indeed is his entire blog on Interactive Fiction):

The game was groundbreaking, and pushed 8-bit machines a bit too far, especially as it had to work inside 48kB on the Spectrum with no ability to pull stuff from disk (unlike the US, disk drives were really rare in the UK).

Its bugginess was legendary, but watching it slowly draw those pictures was amazing and then seeing characters wander in and out of the scene was mind blowing to those of us who had been playing Level 9’s ‘Colossal Cave’.

And ‘The Hobbit’’s bugs were nothing compared to Melbourne House’s follow-up - the nightmarish ‘Sherlock’.

The game engine was also used in Melbourne House’s ‘Sherlock’ which was almost as big a hit as ‘The Hobbit’ - but it was almost unplayable because of the bugs that led to situations like: