A PR firm claimed Glenn Greenwald would promoting Erik Prince's new smartphone. They forgot he had a Twitter account.

The dude’s got standards. /s 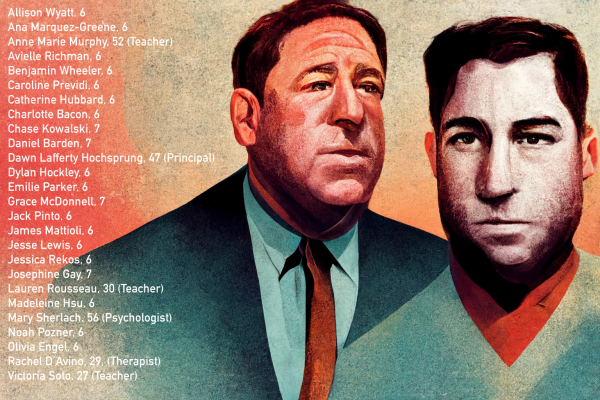 This video of Glenn Greenwald fawning over Alex Jones is a stronger...

I’m not sure where this video was shot. It shows chronically aggrieved journalist Glenn Greenwald interviewing Alex Jones on stage in front of a live audience. Greenwald starts out by gently …

I’d trust this device as much as I’d trust Truth Social.

Next Jan 6, stay safe, stay private, and use the only insurrectionist approved device!

But look at all the corporate journalists spreading this lie.

Really? I see the PR firm working for Sturmbannfuhrer Prince spreading the lie and responsible journalists reaching out for confirmation.

This is pretty rich coming from someone defending the lies of Alex Jones and other right-wing populists.

He should know by now that if a PR firm says it’s true, it must be true. /s

I suspect if someone at DEFCON got a hold of the phone, they would shred it for having shitty security and/or has back doors installed by the makers.

“being developed” itself being a euphemism for “does not currently exist”

For a guy who pushes for honesty in the media, Greenwald is a liar.

EMail Glenn: I didn’t agree to this.

It isn’t a lie. The PR firm was attempting to get Glenn to talk about their phone there is no claim that Glenn agreed to it or that he has any opinion on the phone one way or another. But Glenn ends up having a fit oh Twitter because of a pitch"

Greenwald: “But look at all the corporate journalists spreading this lie.
This is what they do: once they see you as an ideological enemy”

Yeah, that’s right. Everyone else is “corporate”. And what are you? An unpaid Russian intern and InfoWars fanboi.

It’s not a bad idea — a p2p OS, with none of your data being stored in the annals of a Big Tech company eager to comply with warrants and subpoenas

I was reading that this phone appears to be the same, except for the camera, as an earlier right wind “privacy” phone that sold for $500 and claimed to be Google free and not made in China. As far as anyone could tell it was a $120 Chinese phone sold as a $500 Liberty phone. So much about this new Unplugged phone looks like the Liberty phone and perhaps being sold by the same company under a new name.

“being developed” itself being a euphemism for “does not currently exist”

I mean, to be fair, Blackwater is really good at not complying with subpoenas or warrants or court orders or international law

True, but would you trust it to be actually secure? And that he wasn’t trying to make money on your data somehow?

Independent from Google and Apple.

Yah, right. If it ever sees the light of day, $100 says it’s a shitty fork of Android riddled with security flaws. That’s what every single “independent” phone is, because nobody can (or wants to) actually wrangle the vast array of engineering disciplines required to write a modern smartphone OS. It’s a huge job requiring hundreds of engineers. These companies are started by marketing wankers or political operatives who don’t know squat about engineering. They’re looking for a quick win to cash in on some demographic. When ordered to “just make something go”, the CTO forks some old version of Android and away they go. They end up being the clunkiest and least secure phones out there, as a result.

Interesting how he was polite to the journalist who wrote to him, but a dick to journalists over twitter. That’s the “Is he close enough to punch me in the face” effect.