Hello.
My name is Joe.
I have a wife and a dog and a family.
I work all day at a button factory.
One day,
My boss comes up to me and says,
"Joe, are you busy?"
I said, “No.”
“Push this button with your right hand.”

ETA: and there’s a manual button on the device, to have it push the button for you if the remote isn’t at hand.

They should have named it "Stimpy"
http://rs296.pbsrc.com/albums/mm171/joewoodfan/stimpy.jpg~c200

I hope someone attaches one of these to an Amazon Dash Button for maximum Rubegoldbergian-ness.

ETA: and there’s a manual button on the device, to have it push the button for you if the remote isn’t at hand.

Neat. I’m getting a bunch of them and forming a loop.

Where is that finger pushing the Whisky button when you need it?

ahhhh there we go

Many years ago a French photo magazine - I think Chausseur d’images - built a machine for testing cameras which had a number of actuators that could be controlled by a PC. I seem to recall they used this to do things like test professional SLRs to destruction - in one case over 300 000 button presses of the shutter button.
I think it’s time to reinvent this in a modular form. The thing in the puff piece is not a robot - it’s just remote controlled, whereas a robot at the very least obeys a program with some decision making.

(A controller that just obeys a fixed program is normally called automatic, not a robot; a remote control is neither. My garage doors are automatic, i.e. on operating a remote button they go through a sequence of unlock, open or shut while checking for obstructions, and lock again, but they are not robots)
I don’t have the funding or the connections, but an arrangement of actuators with variable stroke at the end of adjustable arms could handle quite a lot of simple tasks especially if they could be programmed to carry out a sequence under control. Probably someone is already working on it. In a back street in Shanghai, nowadays.

$50 is pretty steep for a generic IED trigger. 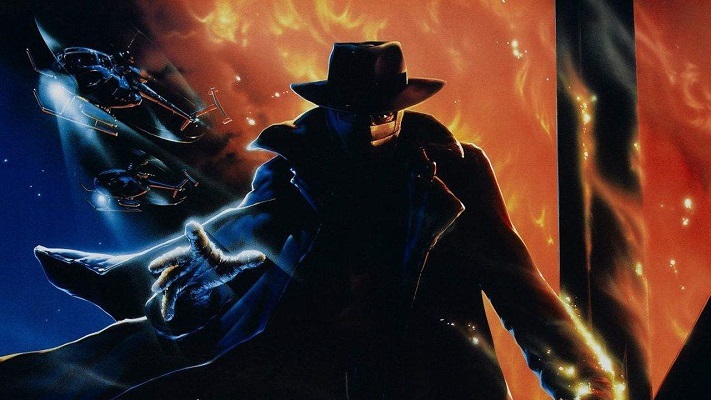 Good lord! My eyes popped out when I saw this old TV set in their ad. 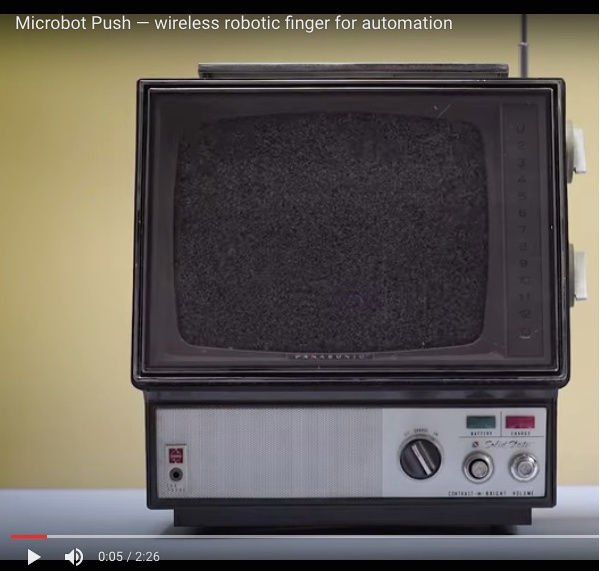 This is the same crappy B&W TV that we had in the late 1960s, on which I (kind of) saw the original episodes of Star Trek. Where in Cowabunga did they find one of those?

Oh, and Microsoft? It doesn’t have any buttons.

My coffee maker has a knob. I need Twist, not Push.

You have to admit this would be really useful for detonating a bomb, or a gas attack, or unleashing the robot geese.

I would have called it Frank.

I need Twist, not Push.

You and me both, my friend.

And another $49 to switch whatever it is off again.

Now all the people who use a Raspberry Pi to turn something on and off via the internet have someone to look down on!

If it can only turn on my espresso machine before I get out of bed, I will be a very happy man.