For many years before the current outbreak there were warnings that we were primed for one. There were the earlier SARS and MERS outbreaks that, fortunately did not spread. When those happened, people said the next one could be worse. They were right.

In fiction, there were depictions of a flu like epidemic. The TV show “Counterpart” had one where the parallel world suffered an epidemic. It was a known possibility.

Other possible zoonotic disease like Ebola and Hanta virus are also things we are told to expect.

This was not a surprise and it did not need a lab to be created.

Anyway, if there was a lab involved, what would be the necessary response? A vaccination program and distribution of PPE.
Nuking China would not fix the issue after the initial spread.

Having a stockpile of protective equipment, respirators and a vaccine research program would help in either situation. Having a populace willing to cooperate and protect themselves and others would also be beneficial in either case.

If some hostile country started spreading anthrax we would need to vaccinate also. The same conspiracy nuts who yell “it came from a lab” would also be the ones not getting vaccinated then too.

Nicholson Baker, a novelist with no area expertise, got a long article in the New Yorker JAQing off about it too. 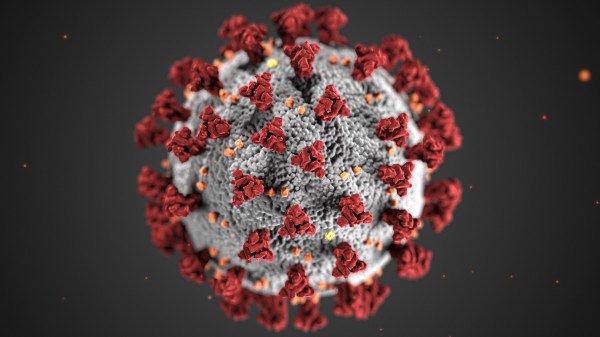 I’ve been deeply disappointed and very annoyed at some supposedly leftist voices saying that the Wuhan lab theories should be “given an airing”, and so on. The first question would be “why?” To what end? To whip up even more anti-Asian animosity? Yeah, that’s a great problem to add to the problem of combating Covid itself…

Rand Paul on the senate floor two days ago…

Good grief, he’s still talking about that? He has to be completely shameless, because he looked like a complete tool when he did that…was that more than a year ago now? Time is weird now.

He did that just the other day getting ready for his big hearing today that ends with Fauci in jail.

I’ve been deeply disappointed and very annoyed at some supposedly leftist voices saying that the Wuhan lab theories should be “given an airing”, and so on. The first question would be “why?” To what end?

I think the answers are sensationalism, and the profits generated from increasing use of it. I had a similar reaction to this, and my frustration with media outlets that have changed in recent years to suit the needs of their conservative corporate owners keeps growing.

I knew you couldn’t trust fishmongers!

I tried to skim around a bit on that video. I see Josh Hawlin’ Ass is in on it, too. Egads, these people are relentless with their disgusting performative hogwash.
And these dim bulbs really do think they are going to put Fauci (and Biden and Hillary and Obama and Harris, and and and) in jail, don’t they?

I don’t see what the argument even is here. Every one knows that Science is paid for by Big Pharma and Bill Gates (is it any coincidence that BiG is practically Bill Gate’s initials? In fact, it’s just one letter off because his first name is Henry so the I is there and it’s just Bill Gates saying HI IT’S ME). So, yeah, DUH - of COURSE that’s gonna be the official party line.

This was not a surprise and it did not need a lab to be created.

Yup. Emily St John Mandel wrote Station Eleven in 2015. It’s post-apocalyptic fiction set in the aftermath of a civilization-shattering pandemic. She was asked in 2021 if she was surprised that a pandemic actually happened shortly after her novel came out, and she replied something like “Before I researched the book, I would’ve found that surprising. Now that I’ve done my homework, I know that another pandemic is the least surprising thing.”

As far as I can tell, the only value to knowing if it came from a lab would be knowing if there was a flaw in that lab’s containment procedures. Which approximately none of the lab leak theorists seemed interested in talking about.

My neighbour works in public health and epidemiology. She couldn’t see any non-political reason for chasing the lab-leak theory. She rejected the “weapon” theory out-of-hand: “A good bioweapon, like anthrax, isn’t very human-to-human contagious.”

As for wanting to know ‘the truth, so it doesn’t happen again’: “Imagine it was an accidental leak. Are we chasing this because we want to make sure it doesn’t happen again? Which suggests someone can imagine a scenario where the leak happened, and they knew, and haven’t done much about it. Personally, I can’t imagine that.”

Nothing about the lab theory made any fucking sense to professionals. There’s the clue that it’s pure politics.