A Tale of Two Headlines

See if you can see the difference. There was a fire in a refugee camp in France. Bloomberg went with this title: 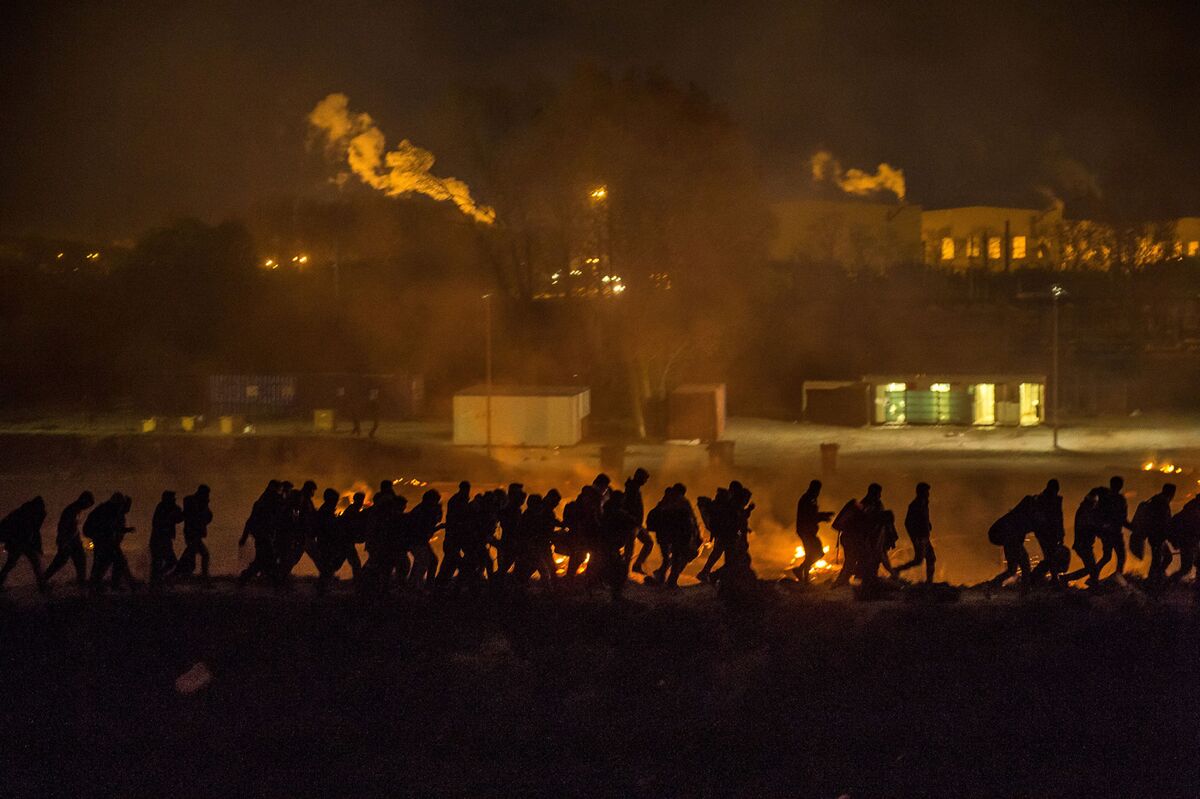 Hundreds of Migrants At Large After Fire Ravages French Camp

Grande-Synthe, France (AP) -- Authorities and aid workers are searching for several hundred migrants who disappeared after a fire ravaged their camp in northern France, a shocking blaze that exposed anew the challenges and tensions around Europe's...

And CNN, this one: 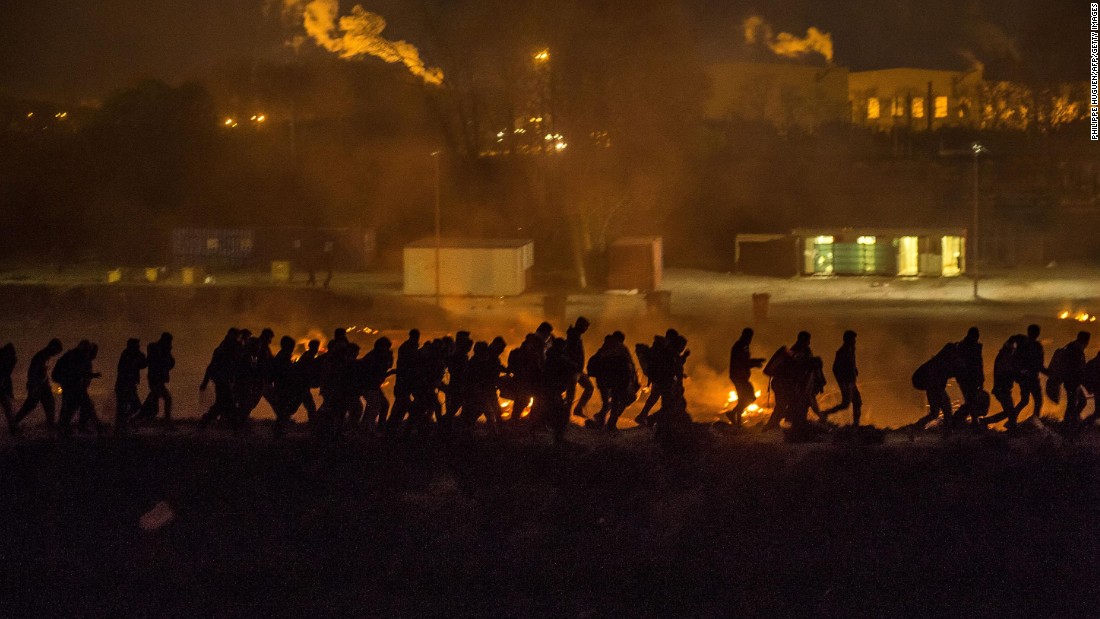 A huge fire ripped through a migrant camp in Grande-Synthe, northern France, late Monday after clashes between Kurds and Afghans, leaving several injured.

(Simple things confuse me and I break complex things.)

I’d argue that the Bloomberg article is attempting to highlight the criminality of the migrants (at large is also used to describe people the cops are looking for, especially someone considered a danger to others). The rest of the article focuses on the “gangs” and the role they possibly played in the fire. I’m kind of surprised that the byline isn’t Marine Le Penn!

The CNN article doesn’t do all that, just notes that many of the migrants are missing, that there were tensions in the camp between different ethnic groups (especially after the unofficial camp nearby was cleared), and that real, actual human beings are now without shelter.

Read them both and I agree. The Bloomberg piece seems focused on where the migrants are and it fails to offer anything about the local or recent conditions that might’ve led to rioting or tensions in the camps. The CNN piece, OTOH, focused on the fire, the reasons for tensions in the camps, and it offers some historical context for how things got the way they are now.

I honestly don’t know about Bloomberg, as it’s not one of my go to news sources? I just noticed this on the google news page, and thought it was pretty ridiculous and a good jumping off point for talking about media spin.

FWIW, looks like it’s an AP story (although I can’t find it on their site), so this isn’t really on Bloomberg, they’re just taking stuff off the wire and running it.

Other than that, even the first para of the story is poorly arranged:

Authorities and aid workers are searching for several hundred migrants **who disappeared after a fire ravaged their camp** in northern France, a shocking blaze that exposed anew the challenges and tensions around Europe's migrants just 12 days before France's presidential election.

The headline sets up the fear and strawman, and that first para supports it completely.

so this isn’t really on Bloomberg, they’re just taking stuff off the wire and running it.

Journalism… how does that work? [quote=“wrecksdart, post:6, topic:98731”]
The headline sets up the fear and strawman, and that first para supports it completely.
[/quote]

Precisely! And this stuff passes for “news” now a days!

Journalism… how does that work?

The little I know (and that’s probably wrong): AP reports stuff to their “wire service”. If a news org subscribes to their “service”, they can post the AP stories in their own paper alongside the locally-written stuff. Beyond that, I’m lost. For instance, notice the story’s repetition throughout the major news companies:

I happen to see this locally since the Baltimore Sun doesn’t have nearly the reporters it once did, and the paper now is mostly AP stories about non-local stuff with local Sun writers handling the Baltimore/Maryland-related news.

“At large” in this context to me means “on the run / evading authorities”.

That’s the problem… it’s not working. This is part of how news organization have dealt with competition from the internet - they just get their shit from the AP, rather than spending $$$$ on investigative journalism themselves.

“At large” in this context to me means “on the run / evading authorities”.

“Councilperson-at-large” is the one that always gets me. Are they on the run? Are they ostensibly in charge? Are they missing? Then why are they writing editorials??

This is part of how news organization have dealt with competition from the internet - they just get their shit from the AP, rather than spending $$$$ on investigative journalism themselves.

It has become a nice change of pace on Twitter and other social media sites to see public citizens helping out journalists (I’m thinking specifically about D. Farenthold’s reporting on trump, and twitter users helped him gather information about trump’s non-donations or self-donations), and as I posted elsewhere on BB, the Panama Papers expose earned it’s writers a Pulitzer, so investigative journalism isn’t dead but it’s certainly in a time of flux.

Of course this reminds me of the little person fortune teller who broke out of prison. The headline read, “Small Medium At Large”.

From the Guardian-
"A number of men were injured and wearing bandages, with one having stitches in his back from a knife wound. According to several accounts, the fire followed an outbreak of violence between the Kurdish and Afghan residents in the camp and most of the injuries were sustained in the fighting. Officials believe the fire was the result of arson.

Several men at the sports hall said they had seen people deliberately spilling oil from the cooking stoves that were in most huts, and setting fire to it. “They told the women and children to get out, and then they set the huts alight,” said Ali, 21, from Kabul."

I didn’t post the guardian’s story, and I’m not denying the problems in the camp. The CNN headline and story were far more balanced, because these people aren’t dangerous savages, just waiting for the opportunity to destroy “western” civilization. They are in France, Germany, Sweden, the Netherlands, etc because the US BROKE their countries and is now refusing them entry into our own, because some assholes are just scared shitless of them, because scary Islam or some such. They also don’t note that part of the reason the camp was so overcrowded and tense, was because the French government had cleared an unofficial camp not long ago. And now they are assuming that all the missing people are roving bands of thugs, out to destroy France.

I do think that if you treat people like lesser than, that eventually, people will rise to expectations. Human beings, all of us, can only take so much brutality before we have to do something to ease the pain caused by other human beings.

The Bloomberg article was fucked up and bullshit and it apparently came from the AP, which means lots of outlets were just putting it out there for the public to consume. And far too many people aren’t willing to think critically about what’s happening in our world. I know you and I don’t often see eye to eye on many things, but I’d hope you’d be one of those people willing to think critically about what you read.

I will concede that virtually all of these people are only seeking a better life. I guess the major disagreement is about what that better life means to them.
I have been paying pretty close attention to the immigration issue in Europe, and admit that it is very hard to find unbiased reporting. I also have the advantage of having worked in or at least visited, many of the countries of origin for the immigrants. And I can follow the German and Danish language coverage of the issue.
I will also say that we probably agree that the rise of the hard right in Europe is very troubling, although we probably differ in our beliefs as to why it is happening now.

My point was never “all the people here are angels” my point was always, the Bloomberg was right wing propagandistic BS, masquerading as “news.” Hence, the title of the thread in the first place. [quote=“Max_Blancke, post:15, topic:98731”]
the rise of the hard right in Europe is very troubling
[/quote]

And here. Yes. It’s very troubling and has been for a long time.

One of the most toxic myths ever to emerge in our society is that of the ‘unbiased media’. All stories – even the ones in pictures – have a bias, even if the storyteller isn’t aware of it. Why I say toxic is that people have for too long assumed that if a news outlet prints it, it must be true (fake news accusations notwithstanding) and never stop to analyze what bias the word choices reveal. Most people, that is. The average reader/voter/person-who-may-encounter-a-stranger doesn’t know how much they’re primed to think and react in certain ways.

In a way this was WORSE before the Internet, because all major media tended to present the same story, therefore it must be truth. Now, it’s easier to see, but still hard for people who grew up with the myth internalised to see. Hence the “fake news” label: if the “unbiased source” they’ve trusted for years or generations is contrasted by a different source, that contrasting source must be the problem one.

This post highlights the problem perfectly. Both AP and CNN took the same info and each gave it to a different storyteller and gatekeeper (editor). Each made decisions – not necessarily consciously – and came up with radically different narratives that send radically different messages. The problem being that most people won’t see it and don’t realise how much more one stokes unconscious fears over the other. It’s only when we can recognise this that we can counter it.

We need to blow up the myth that ANY media can be unbiased and make sure it stays blown up. Yes, some media outlets misrepresent things more than others. And we should include that in our analysis. But until we all learn to recognise the more subtle forms, we’re going to be way too susceptible to their manipulation.