A tribute to ZombieZity and a game I invented

ZombieZity is a nice toy series that consists mainly of small rubber zombies, but it’s the diversity and setting that I like about it. Every little figure is an inhabitant of eponymous ZombieZity, and instead of usual zombies мы survivors dynamics we have a real class struggle here. The story goes that Mayor Miserly decided to turn everyone in town into smelly and clumsy undead slaves (somehow he also became a zombie himself), but only half of inhabitants was okay with that. So we have here Mechanic Dan and his helpers from such fine establishments as the city bakery, school and firehouse opposing Mayor’s cronies from the Town Hall as well as the junkyard, the barbershop, the hospital and the bank. So we have, apart from usual zombie doctors and zombie firemen, zombie bankers and even a zombie food critic.

gTToIW3.jpg1370×662 75.6 KB
Having eight of those figures at my disposal, I faced the task of inventing a game with them when I had to entertain my son (5 y.o.) when we were on vacation in our summer house (or “dacha”).
Thankfully, with such a selection of different occupations, I quickly came up with something non-violent: a game where the fire chief and the trashman race each other to put out the fires/collect the trash in the city before the night is through.
Here’s the original map I drew, inspired by the box art of the toy: 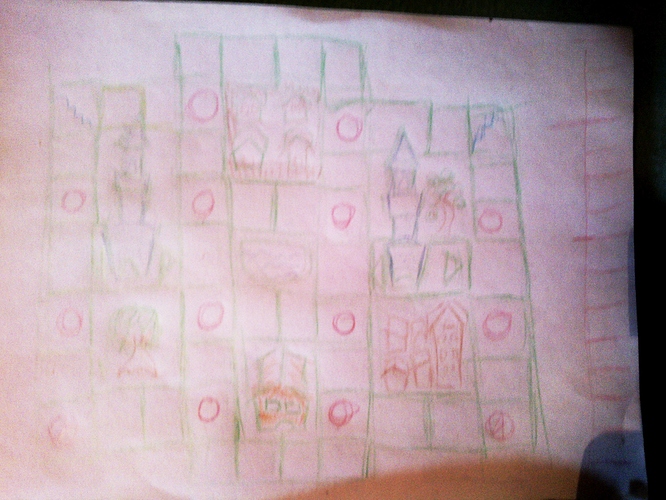 Oc2PWVo.jpg2592×1944 754 KB
We played a bit, and then he lost and burst crying. It wasn’t the first time he played a competitive game, but losing is always hard for him. I quickly had to invent a cooperative version, where both characters are working against time towards the same goal. And it was a moderate hit.

And here’s the updated version of the map, which I made using some free artwork (with all required tokens): https://drive.google.com/open?id=0B6Z4XWeI8ozwcGFyNjVhaFpsT28

If you are a parent of a preschooler, you’re welcome to use it. If you are a board game publisher, I’m open to any offers!

This topic was automatically closed after 118 days. New replies are no longer allowed.