A video of greatness: “Fantastic harmony of camera and monitor !”

Eventually, everybody realises the bright blue blobs are the best.

back in the VHS camcorder days wasn’t this the first thing everyone did when they got it?

I mean, you have to ‘catch’ them at the ‘bottom of the well’ and then zoom them up to the surface. Sometimes you can induce them to spring out of the sides if you get the right movement pattern but for sure; the bright blue blobs do the most interesting type of feedback and constructively/destructively interact with other feedback ‘shapes’ in the most interesting way of any class of creature I’ve found down there.

This is different from the old “video camera connected to monitor” trick from the seventies by virtue of the digital frame buffers in each device, which produce a bit of delay between successive frames of video.

This is what happens in my mind when I think too hard about my place in the universe.

It’s sometimes called ‘video howl-round’ by analogy with the audio problem when your microphone can hear your speakers…The original ‘Doctor Who’ graphics were made with an analogue black-and-white set-uo. No rotation and a tiny bit of magnification, plus enough distortions to make it interesting.

As a thing worthy of getting half a million views on YouTube, I must compare it to those cats in boxes.

I spent hours doing that when I checked out my first VHS from my college media center for a project. Ended up recording hours of footage that I used to make some psychedelic videos for a friends band. Fun stuff.

We did a really fun variation when I was in high school. The camera recorded to an open-reel video tape… yes that was a real thing… which crossed a short gap to a second playback machine, and then to the monitor. The effect was like a mirror, with a three-second delay.

You think you feel self-conscious on camera? Put in a three-second delay and people actually flee from the room!

Be careful, you are messing with infinity here.

There was also delay in the analog system, just shorter, so things propagated faster. Analog monitors and cameras had so many nonlinearities and distortions that the feedback produced was actually more entertaining than this, with lots of complex bubbling, pulsing, wavy mandala action. Add a video mixer with effects into the loop and it gets really interesting.

Speaking about distortion, a magnet can do wonders with a CRT. Especially a color one.

You can degauss the locally magnetized mask after such experiment with a transformer-based gun-style soldering iron. The loop has fairly strong AC magnetic field around it. What you cannot repair is if you use too strong magnet and pull the mask itself out of alignment. So those cool hard drive magnets are rather dangerous. You can try it out on a screen that’s about to get decommissioned.

I did one of these with my first digital camera and a PAL tv (Most old digital cameras, even low budget ones, had TV Out connecton so you could watch your photos at an hotel; newer cameras. 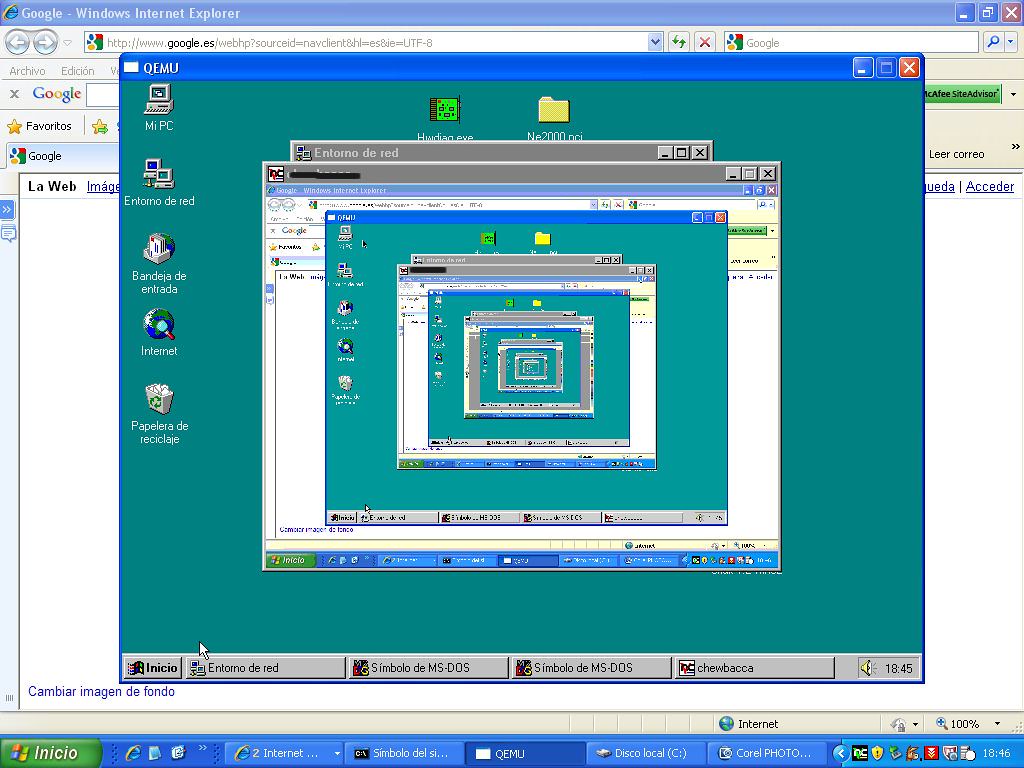