The usual exemptions for rich folk and Republican politicians apply.

I certainly hope that someone who won’t be hugely put at risk (ie, nobody poor, PoC, etc) can be the sacrificial lamb (for the SC challenge), so to speak.

That sounds like malicious prosecution. The attorney general should get a good lawyer.

Is there another use for this medicine? That someone could use it for and go public, to test that side of the threat?

Just a reminder, from Wikipedia:

In August 2017, after Birmingham mayor William A. Bell draped a Confederate memorial with plastic and surrounded it with plywood with the rationale “This country should in no way tolerate the hatred that the KKK, neo-Nazis, fascists and other hate groups spew”, Marshall sued Bell and the city for violating the Alabama Memorial Preservation Act, which prohibits the “relocation, removal, alteration, or other disturbance of any monument on public property that has been in place for 40 years or more”.[2][6][7]

In July 2017, Texas attorney general Ken Paxton led a group of Republican attorneys general from nine other states, including Steve Marshall, plus Idaho governor Butch Otter, in threatening the Donald Trump administration that they would litigate if the president did not terminate the Deferred Action for Childhood Arrivals (DACA) policy that had been put into place by President Barack Obama.[8][9] Tennessee attorney general Herbert Slatery subsequently reversed his position.[10]

In June 2020, Marshall threatened to prosecute the city of Mobile and levy a $25,000 fine for removing the confederate memorial Statue of Raphael Semmes during George Floyd protests, if the removal became permanent.[13]

In October 2020, Marshall successfully led a challenge to the Supreme Court of the United States which struck down a federal court-order allowing curb-side voting in Alabama as an accommodation for voters worried about contracting COVID-19.[15]

In March 2022, Marshall created controversy by refusing to acknowledge Joe Biden as the “duly elected and lawfully serving” President of the United States during the Senate confirmation hearings on the nomination of Ketanji Brown Jackson to the Supreme Court.[20][21]

It’s especially notable his failure to victim blame his own late wife for her struggle with addiction to opioid medications, while it’s perfectly fine to prosecute other folks for turning to medications to help themselves out of desperate situations.

The mifepristone portion is also used in Cushings Syndrome.

That can’t be too too unusual, given that it can be caused by treatments for asthma and rheumatoid arthritis.

And in terms of it being caused by something inside one’s body . . . 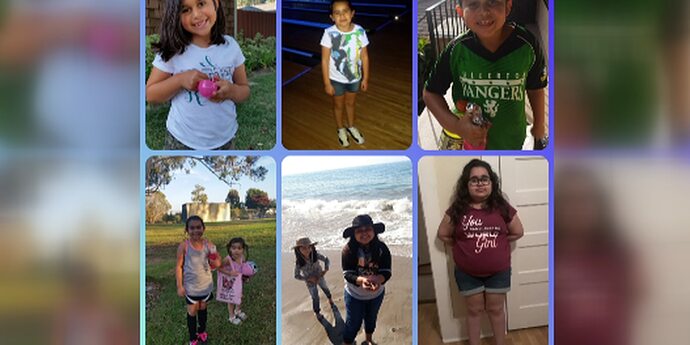 She was an active athlete who loved playing soccer. For the past five years, she’s suffered from rapid weight gain and constant fatigue. 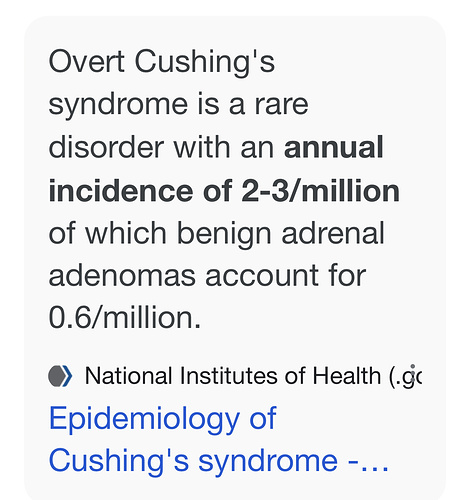 The goal of the Xtianists is and always has been to control women’s bodies. GOP politicians who depend on the Nat-Cs to make their margins are far from done when it comes to draconian legislation.

The usual exemptions for rich folk and Republican politicians apply.

Always. Like taxes, in their view laws are for the hoi polloi.

Well that ought to give all those recreational abortionists something to think about.

Yes. What I read it that it’s very rare if it develops on its own. But maybe more common when: “The most common cause of Cushing’s syndrome is the long-term, high-dose use of the cortisol-like glucocorticoids”

Mifepristone is a synthetic steroid. It is a medication most commonly used for medically induced abortions. Mifepristone can also be used in the management and treatment of Cushing’s syndrome and uterine leiomyomas. At low doses, mifepristone blocks progesterone by competitively binding its intracellular receptor. At high doses, mifepristone blocks cortisol at the glucocorticoid receptor, thus simultaneously increasing the amount of circulating cortisol, which controls hyperglycemia in patients with Cushing syndrome. The significant adverse reactions to mifepristone include bacterial infections and prolonged, heavy menstrual bleeding. Mifepristone is contraindicated in patients with: an ectopic pregnancy, hypersensitivity to prostaglandins, undiagnosed renal masses, concurrent IUD use, hemorrhagic disorders, and severe anemia. This activity will highlight the mechanism of action, adverse event profile, and other key factors (e.g., dosing, pharmacodynamics, pharmacokinetics, monitoring, and relevant interactions of mifepristone) that pertain to the healthcare team when treating patients with mifepristone.

So, yeah, it does have other applications, just not terribly common ones. But if you have a leiomyoma and can’t get proper treatment, it’s gonna suck.

I drive my unbuilt car to my unemployed job so I can afford to provide my unmarried wife with the level of comfort she deserves in our unbuilt house.

Did the FDA allowed only mifepristone or other drugs as well?
Because misoprostol, another common abortive drug, can also be used to prevent and treat stomach ulcers, and if i’m not mistaken, it was the original intended use until it was discovered that it is also an abortive.

They aren’t just anyone.

All he needs is an exemplary offender to drag before the justices.

What’s Jason Miller up to these days, besides gettr? 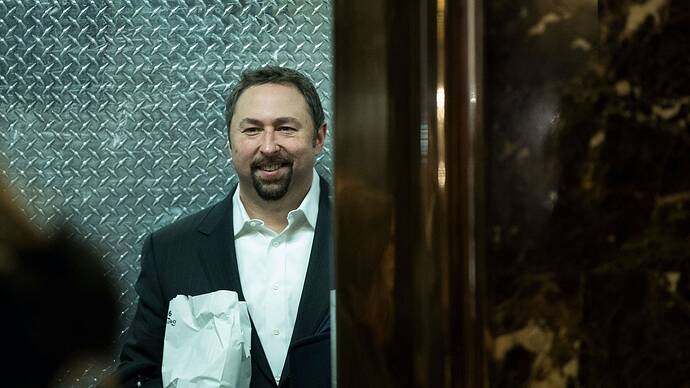 First of all how is the Alabama attorney general even going to know who is receiving abortion pills?

Second of all is /s not a thing anymore?

… by tampering with the postal service and thus violating federal law?