The Military Industrial Law Enforcement Complex, rubbing its grubby hands, “The War on Terror is the gift that keeps on giving!”

I remember that for a brief while - a couple weeks, maybe? - after Sept 11, 2001, there was a period of public curiosity in the US media. Why would someone want to do this to America? A few articles from people like Robert Fisk briefly surfaced, then disappeared. The public was asking questions that weren’t foreseen on Sept 10, and a few honest-but-awkward answers accidentally popped up. Then it all got quiet again when a narrative about freedom and patriotism emerged.

The Military Industrial Law Enforcement Complex, rubbing its grubby hands, “The War on Terror is the gift that keeps on giving!”

Don’t forget the critical legislative component in that alliance. Ever since Dwight Eisenhower coined the phrase “military-industrial complex”, Congress and legislatures have kept their roles unacknowledged.

This passage from Eisenhower’s farewell address from Jan 1961 is still very relevant today. The third paragraph is the takeaway, but the two before it reveal a lot too.

Until the latest of our world conflicts, the United States had no armaments industry. American makers of plowshares could, with time and as required, make swords as well. But we can no longer risk emergency improvisation of national defense. We have been compelled to create a permanent armaments industry of vast proportions. Added to this, three and a half million men and women are directly engaged in the defense establishment. We annually spend on military security alone more than the net income of all United States corporations.

Now this conjunction of an immense military establishment and a large arms industry is new in the American experience. The total influence—economic, political, even spiritual—is felt in every city, every Statehouse, every office of the Federal government. We recognize the imperative need for this development. Yet, we must not fail to comprehend its grave implications. Our toil, resources, and livelihood are all involved. So is the very structure of our society.

In the councils of government, we must guard against the acquisition of unwarranted influence, whether sought or unsought, by the military-industrial complex. The potential for the disastrous rise of misplaced power exists and will persist. We must never let the weight of this combination endanger our liberties or democratic processes. We should take nothing for granted. Only an alert and knowledgeable citizenry can compel the proper meshing of the huge industrial and military machinery of defense with our peaceful methods and goals, so that security and liberty may prosper together.

I spent most of my life wondering how the consensus picture of the world can be so at odds with what even widely available information shows to be true. Nothing done in response to 9/11 had anything to do with making people safer or less afraid – often quite the opposite – and that was never a secret – so how can we have failed to seriously discuss it from that day to this?

Herman & Chomsky go into the fine detail of how that works, but broadly, I’ve come to think it’s about who has the power to change the subject. The establishment doesn’t need to lie or brainwash or silence people. It’s fine if everyone knows they’re doing bad stuff. All that matters is that everyone isn’t talking about the same outrage at the same time. Because it takes work to get millions of people focused on a single topic, and when a topic doesn’t serve the establishment’s interests, they simply… don’t make the effort.

It’s not that we’re goldfish. We just have more things to care about than we can think about at once. We know CO2 is more important than plastic straws, or that healthcare is more important than China owning TikTok. But we can only engage with the conversation people are having right now, and that’s chosen by a very few people.

The War “on” Terror is the cynical acme of this. The security establishment recognised in 9/11 a psychic cattle prod that could derail any thoughtful objection, and in months they shoved through a wish list of authoritarian agendas that would have taken them decades to distract us from otherwise. More thoughtful responses to 9/11 didn’t have to be censored; there was enough hysteria to wash away a thousand of them.

Obligatory:
WAR IS A RACKET

WAR is a racket. It always has been.

A racket is best described, I believe, as something that is not what it seems to the majority of the people. Only a small “inside” group knows what it is about. It is conducted for the benefit of the very few, at the expense of the very many. Out of war a few people make huge fortunes…

General Butler’s article should be required reading, but it never will… for obvious reasons.

IIRC, for the first few years after 9/11 the answer to the question Why? was on the knee-jerk level - Because Freedom, and on deeper reflection - Because Israel.

Neither of those answers satisfied my curiosity.

It wasn’t until some time in the mid '00s that I read somewhere - Because Bin Laden wanted to draw the US into an unwinnable war in Afghanistan.

Obviously there is more to that story, but at least it seems to be getting at the nub of the issue.

I remember hearing that Hussein was trying to transfer oil sales off dependence it somehow has on the US dollar. IOW, he was a threat to US financial hegemony.

Plus, all that US oil that was somehow stored under Iraqi soil.

I think that at the time of the 2003 invasion, something like 40% of USians believed that Hussein was somehow responsible for 9/11.

The rest of the world, not so much and there were massive anti-war protests here and in the UK.

One thing I’ve never understood was why Tony Blair went all in the war. He appeared to accept Bush’s “You’re with us, or agin’ us” rhetoric at face value.

One thing I’ve never understood was why Tony Blair went all in the war.

Clearly just a case of love at first sight. 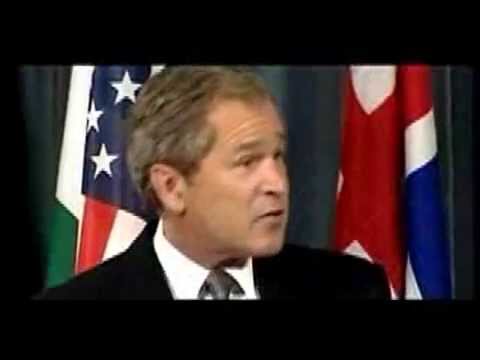 General Butler’s article should be required reading, but it never will… for obvious reasons.

Yes, he makes strong arguments, and it’s hard to disagree with the sentiment if you at all lean liberal or pacifist. It seems late in life he was returning to his Quaker roots.

But he tosses around lots of facts that seem pretty unsubstantiated, and his math doesn’t always add. E.G. 21,000 new “billionaires and millionaires” made from $16 billion in war profits.

But mostly his article is ineffective because it’s a rant. Part of the obvious reasons you allude to.

Heartfelt for certain. Even justifiable, I would agree. But his proposals are naive, and come off as crackpot. Such a shame that his terribly important points are clouded.

Aside: I knew I’d read about Butler, and JP Morgan, and a fascist Wall Street conspiracy to take over the US government on BB before somewhere. It’s is all a fascinating and cautionary rabbit hole. Finally I located it - it was in a comment by @RickMycroft :

TL;DR: Butler was recruited by the conspirators to be their puppet in charge, but he turned them in instead. A congressional investigation was mostly inconclusive, but it (and back room strong-arming by president Roosevelt) quietly backed the leaders down.

[ETA: Ugh, I can’t get the upper link to RickMycroft’s prior comment to work consistently here. On my phone I have to “open in new tab” Otherwise it’s the very last comment on the OA. ]