For me the epitome of liberalism is Gladstone who led the English liberals and was a “great”, his maiden speech in the commons was a tirade against the evils of slavery, but… Property rights needed to be respected and those slave owners who had lost out should be compensated.

… of are in fact, Neo-liberals.

I’ve found “progressive” to be a much more usefully descriptive term for my take on things.

Personally I’d describe myself as a “rational anarchist”, but when I describe that I typically have to make clear that doesn’t mean I’m a modern American libertarian, i.e. a Randroid.

Phil Ochs was not singing about neo-liberals.

Fox news anchors referring to “the Liberal Left” has always struck me as very very odd. In the Netherlands, where I live, liberals are ‘the Right’, wielding the moniker to refer to their ideal of free market without government regulations.

(Just as amazing is the alleged juxtapositioning of Republicans and Democrats. In NL, Republicans oppose the Royalists; they are against the monarchy.)

Insistence on labels is part of the reason we are in this mess.

As far as the meaning of “liberal” being different depending on country - well duh. A lot of things are like that. As well as the meanings changing over time.

5 posts were merged into an existing topic: Muslim groups call for Starbucks Boycott in Malaysia and Indonesia

Just like ‘fag’, which nowadays refers to ‘loud and obnoxious Harley biker’.

"The F Word" is the twelfth episode of the thirteenth season of the American animated television series South Park. The 193rd overall episode of the series, it originally aired on Comedy Central in the United States on November 4, 2009. In the episode, the boys attempt to change the official definition of the word "fag" from an anti-homosexual slur to a term describing loud and obnoxious Harley bikers. The episode was written and directed by series co-creator Trey Parker, and was rated TV-MA L in...

I just saw this headline and wonder what progressives would say about it:

Why do you wonder?

Insistence on labels is part of the reason we are in this mess.

So we should go against the way societies work and pretend we’re all just free-floating individuals instead?

If people are going to get together with other politically like minded people and put political action into effect, then political labels are necessary.

I prefer the original definition of liberal…“broad-minded.” When people use it in other ways, I just chalk it up to laziness.

What America refuses to wake up to is that “conservative” doesn’t even begin to describe the modern right, and that “liberalism” is to the left of the DNC who is chasing the rightward voting population. I’m not an expert, but older liberal thought was consumer focused marketplaces made free for as many individuals as possible while the modern idea of liberalism is that the focus needs to be providing freedom to the investors and large institutions.

I mean, I would say that I am to the right of Bernie Sanders in a binary axis but I am definitely on the left-most fringe of the modern political parties despite agreeing with many aspects of a free-er market.

Actually no. The 19th century English liberals were in favour of “laissez-faire”, i.e. letting businesses and banks do exactly what they liked. They were aligned to the neocons economically.

I used to proudly think of myself as a liberal, the opposite of conservatives in every way, proud to use that word when needed. To my mind, that word meant someone not small-minded and backwards-thinking, someone who supported progress and science, someone with a worldly mindset. Being liberal was something I aspired to.

But thanks to the loathing that that word seems to get from pretty much everyone these days, I don’t use it.

And apparently the response to this from former Democratic strategists is to argue that progressives can’t win elections and need to further compromise their values to achieve power by continuing to become Diet Republican™. 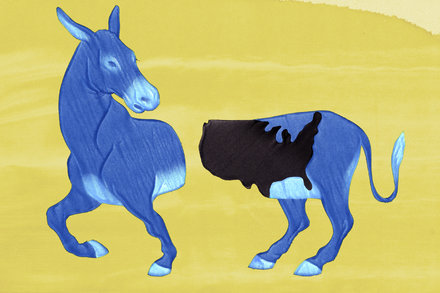 Opinion | Back to the Center, Democrats

Relying on identity politics and big government has hurt the Democratic Party. To win, it must embrace more centrist ideas.

I thought Liberalism still describes that economic philosophy to this day. Even the Liberal Democrats are pretty laissez-faire economically, but socially left-leaning.

I thought Liberalism still describes that economic philosophy to this day. Even the Liberal Democrats are pretty laissez-faire economically, but socially left-leaning.

That was my point; that there is nothing neo- about the right wingness of Liberal economics.

Unfortunately there a lot of lazy people out there who like to use words to describe a lot of things they don’t think they should like. Often without even looking at those things or the words describing them.

When terms and thinking become sloppy, I think all we can do is point this out and hold the line where we can.

For me the epitome of liberalism is Gladstone who led the English liberals and was a “great”, his maiden speech in the commons was a tirade against the evils of slavery, but… Property rights needed to be respected and those slave owners who had lost out should be compensated.