I’ve been holding my tongue when I pass the voluntourists at uni, shaking buckets to pay for their holiday. Slightly harder to not argue with them now.

I wish this had been published about 7 years ago when I called someone out over this:
http://www.theworldrace.org/

My beefs at the time were that missionary work isn’t actually volunteerism, or at least that if you’re soliciting donations at work you should be a lot clearer about the nature of your volunteer work. And also that the money for the airfare could be put to infinitely better use than shuttling some kid from country to country.

Plane fare would be my opening gambit. Asking why it’s efficient to move >50kg of meat a quarter of the way around the world to build something, and then move the meat back.

Then I remember that they’re unlikely to see themselves as meat from a logistics point of view.

From the article:
I am not a teacher, a doctor, a carpenter, a scientist, an engineer, or any other professional that could provide concrete support and long-term solutions to communities in developing countries.

Isn’t that the standard cliche for decades, though? That things like the Peace Corps tend to predominantly attract well-meaning liberal arts majors rather than people with skills that could actually be useful to the communities?

It’s good to read about someone realizing this. I hope this message is spread far and wide.

I volunteer at a couple local non-profits, and do work that is at least partially engineering/math work (I’m an engineer). Even so, I may not be the best person for the job. I’d hate to think of how bad I would be for a town on the other side of the earth, working at a task for which I had no training or experience.

Great piece! I’ve heard this sentiment before from people returning from the Peace Corps.

Remember if you’re not good at organizing, or convincing people to part with their money, or teaching, you can still help out by contributing to the Heifer Project. 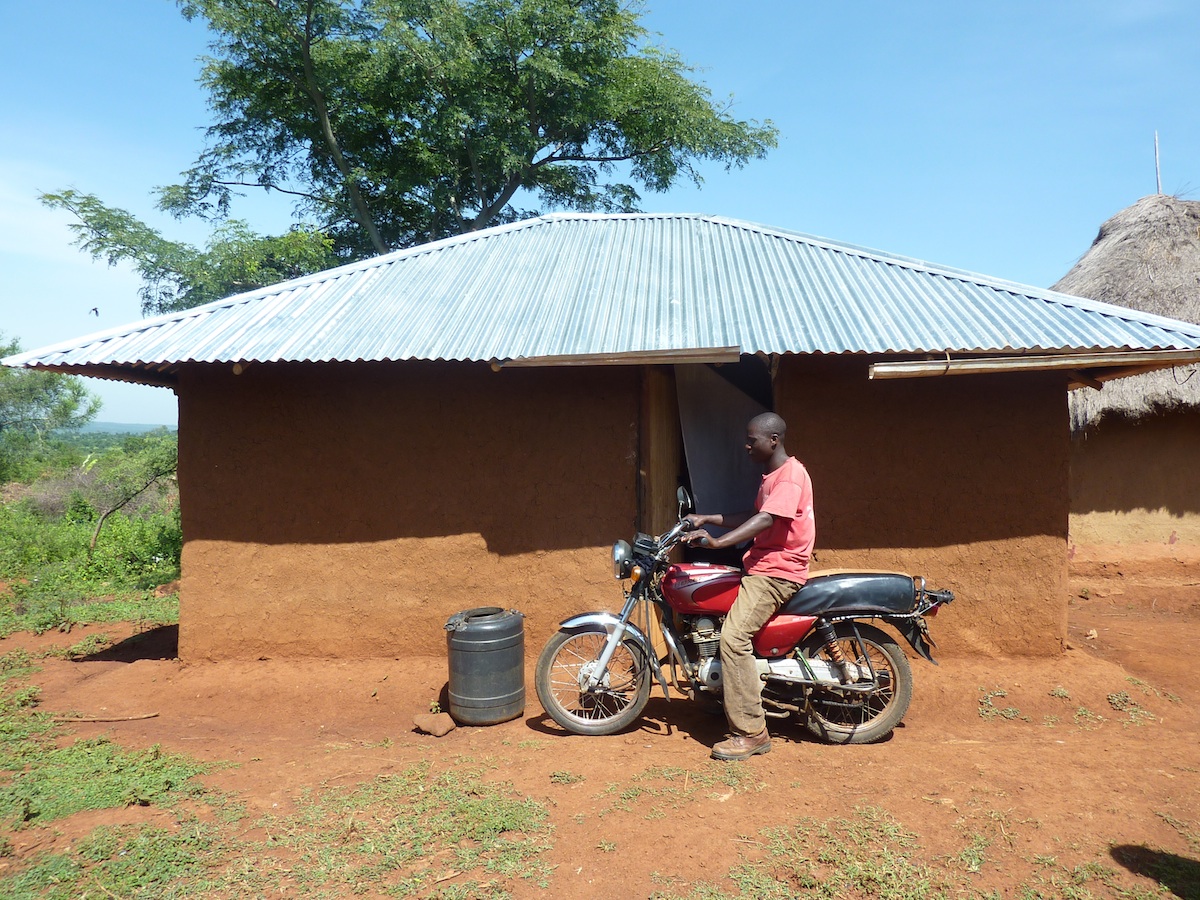 I Was Just Trying To Help - This American Life

Planet Money looks at a charity that's decided to just give people money.

A charity that simply gives money to the needy. Great story, and further expands on this idea with different angles to consider and actual data (or hiding data from the more popular but intervening charities)

I saw this kind of thing firsthand in Central America. The Peace Corps does seem to be an exotic form of tourism, with more benefits for the volunteers than for the locals. Similar to unpaid internships, the field staff is primarily filled by people who can afford to take a couple of years off work, namely young people from well-to-do families. It’s certainly a great resume-builder and a stepping stone to a career in DC.

“I think we’re finally doing aid right.” Sure. How many times has that been said before?

Even Heifer will not publish their efficiency data.

50 kg of meat would actually be much cheaper to ship than 50 kg of live animal, which is closer to the reality.

It’s really, really sad that it took her 6 years to realize this. It’s sadder yet that she still doesn’t realize that simply being a doctor, engineer, or other “expert” doesn’t mean that a foreigner is appropriately suited to being an aid worker. By and large the aid community profits Western industry and Western consultants as much as it does local communities. Often consultants get six-figure salaries in addition to generous housing packages, drivers, and family support—even though they usually have little expertise with the specific conditions and challenges of the country they’re working in. And by the time they do have a handle on the regional situation, they’re off to another posting. Meanwhile, local experts are ignored because they don’t have elite Western educations, and local expertise is not fostered. In terms of materiel, National foreign aid programs typically require that the bulk of the “aid” money be spent in the donor country (and often at above-market prices): that’s right, everything from heavy machinery to food aid is bought in the donor country at a markup and then shipped to the aid country. This type of aid primarily helps companies in the donor country, and not only reduces the effectiveness of the aid (since things can often be purchased more cheaply in the recipient country) but can actually damage the local economy to the extent foreign food aid kills the local market for that food. So not only do they not buy from local farmers and businesses, but they kill the market for the things that local farmers and businesses sell.

Regarding the Peace Corps, it should be pointed out that it was established as a diplomatic effort - a way of showing a US presence in positive and friendly way. It may not be as effective as providing direct monetary aid but it serves another purpose as well.

This has always bugged me about volunteer work. Don’t get me wrong, there are places that need volunteers, but those places are local. If you want to volunteer to hang out with retired folks in a local nursing home, you are a hero. If you travel to Nigeria and are not a highly skilled professional going to ply your rare craft, you are a shit. And by rare craft, I mean that you have years of first hand experience with it, not that you get a 10 hour course in something. If you are in college or just out of college, let me assure you that you have absolutely nothing to contribute and are actively destructive. Take all that money you and the charity was going to spend to send your pasty ass out there and divide it into two piles. In one pile, put money to help the locals hire local labor for vastly less than the price of your ticket and accommodations. In the other pile, put your vacation money and go be a tourist somewhere. You will do more good and still get to go have your adventure.

Developing nations don’t need “free” labor. They can hire a dozen strong men for a month for the cost of shipping one fat American over for a week. They might need some very specific skilled labor. They need aid to develop industry and jobs to support themselves.

I don’t know exactly what you mean by that, but they do a US form 990, and an annual report; they are extremely financially transparent. If there’s something you’d like to know about their financials I don’t think you’ll have any problem getting them to talk to you, just give them a (polite) call or send a nice letter!

I hear the arguments and sentiment in this article and discussion thread. However, I think there is a cultural value (beyond just an individual’s experience) in having a person from place ABC physically go to place XYZ and then return with firsthand experience/knowledge. Hopefully some of these “voluntourists” are motivated by their experiences to pursue more purely altruistic domestic advocacy for the issues they’ve seen with their own eyes.

Aid work is not simple. Making parts of aid work rewarding to the people who are giving is critical to keep them (and subsequent generations) engaged.

Would my donation to NPR or PRI go further if they didn’t send me a t-shirt? Yes. Does knowing I’ll get one of these motivate me to pick up the phone and donate? Yes.

True. There are varying levels of benefit. I wear my Creative Commons shirts, and sometimes people ask about them. So there’s an advertising benefit for CC. Or Your Favourite Charity. Can’t help but think that the funds getting a person there and back could be better spent, even counting side-benefits.

MSF does a pretty good job.

Even if you do have professionals, a lot of the problem is that they don’t understand the conditions on the ground. Unless you speak the language fluently and have lived and worked somewhere for several years, with locals, and a local boss, not on a cushy white sahib expat contract, you’re deluding yourself if you think you really understand anything about how shit works there. A solution that would be obvious and would work well here often would not when you live in a place that is as fucked as it is because of institutionalized corruption on every level, and lots people who will fight any attempt to improve things for those worse off than themselves, because even if it doesn’t directly hurt them economically, it might mean that they won’t have some underclass (women, untouchables, etc.) to shit on anymore.

I think the real root of the problem is trust, and the other issues are window dressing. People want to help other people, but when they cannot do it directly so you have to find a trustworthy intermediary to process the transactions that you don’t have the time or resources to do yourself because of location, necessary skills etc. So the elaborate schemes for international aid are ways to try to administer this in an ethical way and often have a basis in a real problem that mishandled the money last time. Ideally if you can find the right person who is incorruptible and won’t be conned, or just plain old make honest mistakes they will take your donation and put it to good use but that isn’t realistic and I think we need to accept that this reality should not influence our decision to seek out and find qualified candidates for this kind of work.

Local volunteering is probably the most efficient way to do this because you are able to more easily build the trust necessary with local individuals to give them greater freedom to oversee your skills or money and hold them accountable. Second to that I would say are organizations that are transparent in their self regulation and aid methods who can be considered trustworthy and vouch for their team.