For people who bitch that unions have fought for defined benefit over defined contribution plans, here’s a quick primer on the difference.

If you work for W number of years contibuting X/paycheque (subject to increases), your employer contibutes Y (theoretically) and you get Z / year when you retire.

If you work for W number of years contibuting X/paycheque (subject to increases), your employer contibutes Y (theoretically) but raids that fund “temporarily” for some operating capital, says “whoops, the fund is bankrupt, sorry folks… I wish I could help, but it’s getting hard to hear you… Bad signal on my private island here… So long, suckers!”

W(X)-W(X)=Bupkis, and thanks for all the liquid cash.

Ask yourself if you really trust your employer that much.

Good news to all the USPS workers that don’t like this: Amazon is ditching all the parcel services and transitioning to gig workers to do last mile delivery from their warehouses. Here in the DC area my Amazon deliveries for the last couple months have all been from randos in rental vans or their own personal vehicles.

You clearly missed the message. We have them coming into the job starting routinely over 20 an hr with no truly exceptional skill set that ties directly to what they are doing. It is a low risk occupation and yet police are dying…the pension is better than our first responders…you incorrectly assume that meaning lower wages means sub standard. 12-15 an hr for the average worker and the skill set they brought in is more in line than 20. This would reduce unfunded liability on the pension side. The main point is people would be dying to get s job for the high rate and benefits and we deserve to have those hungry, and more skilled personnel, on the front end. Unions are good but their original purpose was to protect workers who were literally dying for dollars. With the exception of police and teachers, they are not helpful and drive up costs for consumers. The highest wages paid in many industries, like airlines and auto manufacturing are non union.

The Postal Service is such a long standing institution found within the Constitution. I can confirm USPS is run like the military, management by chaos. Before you make “career” or "regular you are mistreated daily and overworked. Being a letter carrier I believe is one of the most difficult crafts within the Post Office, probably more difficult than a mail handler.

As far as the Post Office losing money, this is tied to the Postal Accountability and Enhancement Act in 2006 which the congressional weiners forced the entity to prefund their retirement at 100% for 75 years into the future. If Apple or Google was forced to do this they would have carryover losses for years to come, that is if they survived. Keep in mind, USPS does not operate on budget, NO TAXPAYER dollars.

Also, the Postal Regulartory Commission uses the antiquated CPI for price adjustments so a few years ago when they lowered the price of a first class stamp 2 cents the agency lost 2 billion per year.

Furthermore, if the agency was privatized prepare to pay much much more to ship anything - and the last mile forget about it…

I don’t know if the tendency to overwork the employees [happened] before Amazon,

As the son of a postal employee in the '60s and '70s, I’m pleased to see that working conditions have improved at the PO.

No, seriously, this is nothing new, and has nothing to do with Amazon or online shopping or any other recent change.

When I was a kid, I barely saw my father during the two months leading up to Christmas. Back then, the PO tried not to hire seasonal or temp workers, so the brunt of the Christmas-package workload fell on full-timers, who would work 11 hrs/day, 7 days/wk, for 6-10 weeks in a row.

Some (not all) of the overtime was “voluntary”, but my dad always took it, because the overtime bonuses made it (almost) a living wage.

Many years, Christmas would be the first day off he’d had in two months, and he’d drag himself out of bed just long enough to watch us tykes open our presents, then spend the rest of the day snoring on the sofa.

And then he’d get up and go work another 11-hour-day the next day, and usually for a week or two after.

Eventually, the workers rebelled, and things improved a bit:

The U.S. postal strike of 1970 was an eight-day strike by federal postal workers in March 1970. The strike began in New York City and spread to some other cities in the following two weeks. This strike against the federal government, regarded as illegal, was the largest wildcat strike in U.S. history. President Richard Nixon called out the United States armed forces and the National Guard in an attempt to distribute the mail and break the strike. The strike influenced the contents of the Post...

That’s actually a very good article, going into some detail about the often-overlooked racial issues at the PO and the influence of the Civil Rights movement on the strike.

As a result of that strike, the US Post Office Department became the US Postal Service, and the workers won the right to engage in collective bargaining (though striking remains illegal).

If you think conditions at the PO are grim now, you should have seen it before collective bargaining. <shudder>.

This is not, BTW, to excuse the PO’s current worker abuse, but to lend a bit of perspective to people who “don’t know if the tendency to overwork the employees [happened] before Amazon”.

Nobody needs their shit delivered on a Sunday, especially when Amazon has, in effect, taken advantage of the USPS’s inherent deficiencies; seems Jeff Bezos et al have lost touch with reality and just maybe <gagging> Bone Spurs is right

The postal service has been over working carriers long before Amizon came along. I worked there as a rural carrier for almost 20 years. It felt like ground hog day everyday.

Oh no, the worst of all worlds - an unskilled job that pays a decent wage! THE HORRORS!!!

Uh, no. Both airlines and the auto industry have a long history of unionization. The higher wages in those industries are high precisely because they had strong unions. You’ll find that when you get the runaway factor effect in the auto industry, wages begin to DROP because they are no longer unionized.

I’d suggest you read a book about the postwar US economy and unions before you start spouting easily disprovable nonsense talking points you saw on Fox news or wherever.

I have worked for the postal service for 25 years and I hate to tell you but I worked Sundays and holidays too its not like this happened just since we started delivering Amazon packages!!! The main problem today is no one wants to work hard. If you’re expecting praise from supervisors that will never happen. I don’t work hard and do a good job for my supervisors I do it for myself and for our customers!!

The main problem today is no one wants to work hard.

just finished working amazon sunday today. i know usps needs the deal to stay afloat, but seriously fuck working it as a cca. they should at the very least let odlers (regular carriers that sign up for overtime) have the option to work those days if they want.

as it is, i am lucky to get one day off a week, 10-12 hour days every day, doing 10,11,12 days straight at those hours is not uncommon at all. you can’t have a life outside of the job, can’t make any plans, it’s just eat sleep repeat and it’s goddamn miserable. all my relationships have suffered as a result of it, i never get to spend any quality time with my kid. really hope that i can convert soon so as not to deal with this bs. lot’s of cca’s can’t take it and quit before they convert, and the po is seemingly fine with this high turnover and constant staffing issues.

Many people I’ve spoken with didn’t even realize packages were being delivered by the USPS on Sunday and certainly weren’t expecting, and didn’t necessarily want, Sunday delivery. I would like a return to the Blue Laws of old when basically nothing was open on Sunday. Can’t we all have a day off every week? Just a slow day?

I just had two packages delivered today by USPS, neither from Amazon. I didn’t really need them today, but I’m pretty happy that one of them arrived. Our regular carrier is a friend of ours (he trained our dog), but I didn’t see if he was the one doing the delivery.

When I lived in England I had mail delivery twice daily, that was actually extremely useful; I could put a letter (eg a bill payment) in the post in the morning pickup and be fairly confident it would arrive in the afternoon delivery.

The problem isn’t 6 or 7 day delivery, it is requiring workers to work more than 5 days. This problem predates Sunday delivery, some postal activities (like sorting and truck driving) has been 7 days since forever.

(Incidentally, I’m not sure I understand why there’s so much flagging upthread; it seems to be more about disagreement with the posts than about forum policy violation.)

It is a low risk occupation and yet police are dying 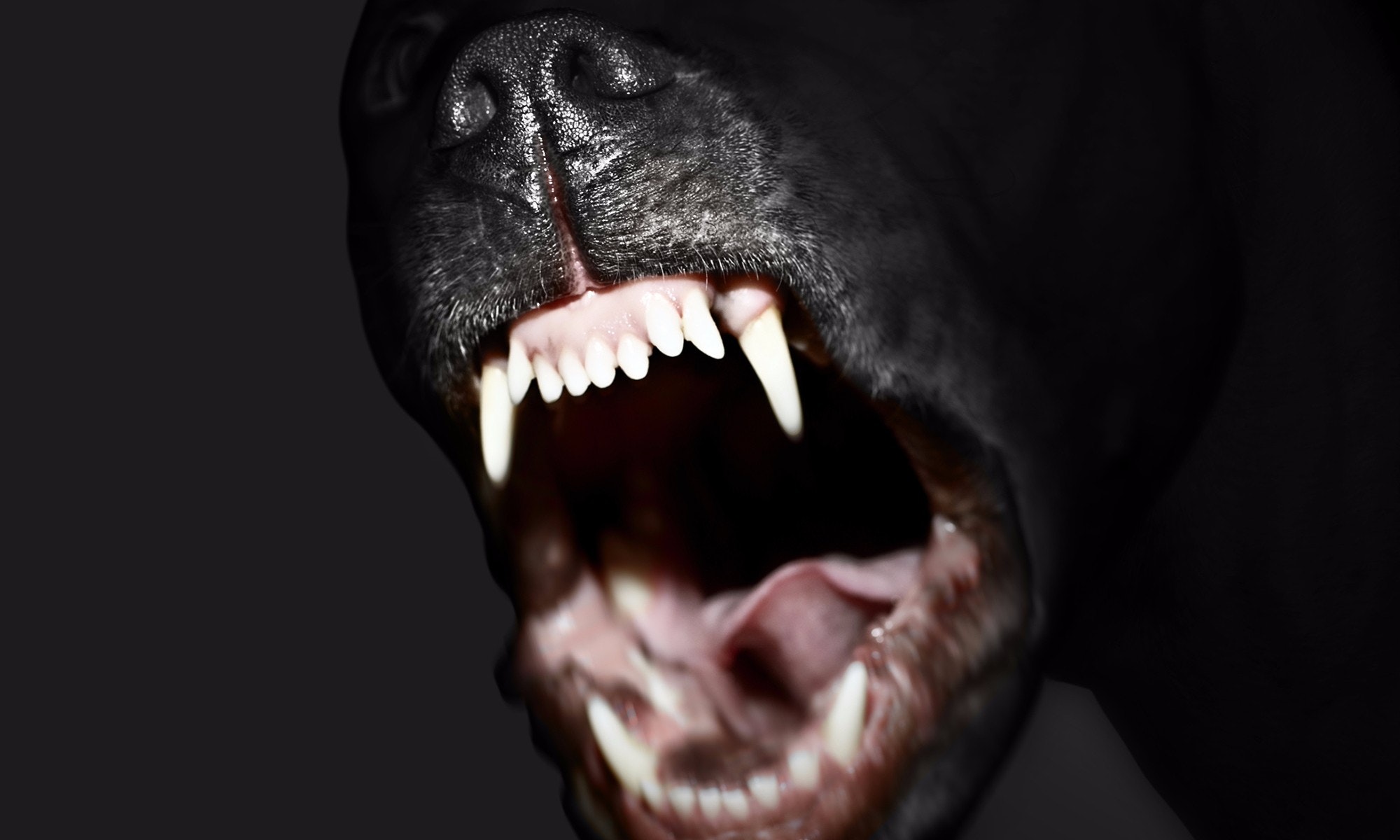 The USPS is an extremely dangerous place to work

The U.S. Postal Service reports more severe injuries than any other employer, according to OSHA.

The only other year with fewer deaths in the past five decades was 2013, when 116 officers were killed.