AquaBounty salmon: the first genetically engineered food animal for sale to humans is a hit with eaters 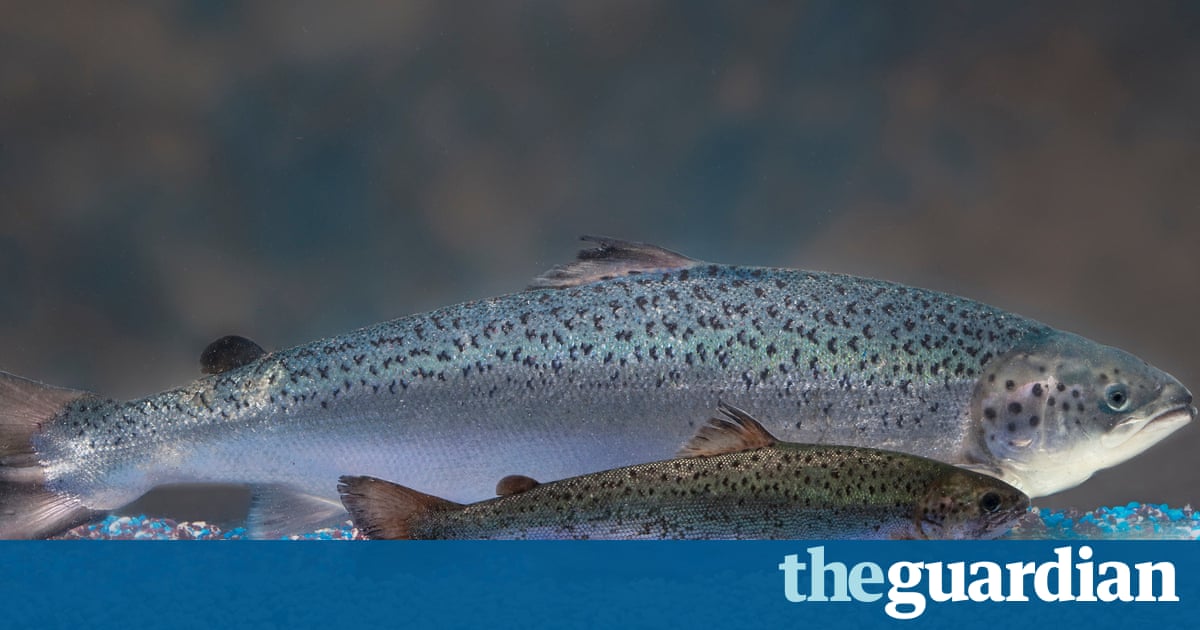 AquaBounty salmon was approved for sale in Canada in 2016, paving the way for it to become the first genetically engineered animal to enter the food supply

I was looking for this:

The company has said its fish are sterile and are currently only being raised in landlocked tanks.

I’m not well-read on the subject, but I seem to recall that the environmental impact of escapees from ordinary fish farms is known and troubling. Perhaps there is a very low probability of one of these fish getting into the wild and also simultaneously being unexpectedly fertile – but the potential impact is alarming.

Perhaps there is a very low probability of one of these fish getting into the wild and also simultaneously being unexpectedly fertile – but the potential impact is alarming. 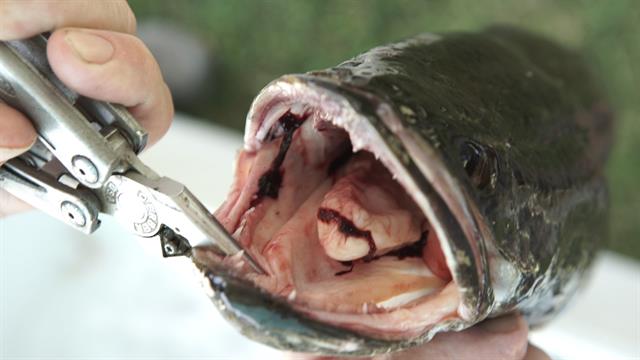 The large Asian invaders are spreading throughout the Chesapeake system, but people are beating them back.

Oh and BTW They breathe air with gills, which allows them to migrate short distances over land. .

The product also requires 75% less feed to grow to the size of wild salmon, reducing its carbon footprint by up to 25 times, the company has claimed.

It’s interesting to me that the first GMO “food animal” (I’m sure vegetarians/vegans and pedants love this term) is something that exists in the wild. I suppose because fish are comparatively simpler than mammals (are they?). But I’d think the risk of environmental/ecosystem damage by escaped GMO animals would be negated if the animal essentially did not exist outside of the domesticated line, e.g. chickens, cattle, maybe even pigs in the right region.

I’m not aware of any invasive populations that managed to both escape and unexpectedly be fertile. But I suppose you’re right, it’s still a risk.

Snakeheads, btw, nobody is completely certain how they were introduced but they reckon it was intentional, and not escaped and unexpectedly fertile. (I’m talking about the Florida populations, anyways)

It depends. Some traits are gone after a few generations when introduced into wild populations because of their recessivity. It’s not clear if the growth rate is one of those or not, and I’d be surprised if the company studied this aspect when breeding their GM fish with wild fish.

Here’s an idea: GM the animals to feel no pain.

I feel this would improve the karma output of industrial farming a lot.

I’m not aware of any invasive populations that managed to both escape and unexpectedly be fertile.

I believe, in the Washington, DC area anyway, that they identified an immigrant population that intentionally “stocked” a local lake with the damn things. They seem to consider them a delicacy.

They seem to consider them a delicacy.

That’s the conjecture in Florida as well, that they were stocked to eat (or sell to people that want to eat them).

I have one in my freezer I bought at a Filipino market. Haven’t gotten around to trying it yet, but I may make Escabeche with it soon.

Sure, good price, reduced carbon footprint, but how does it taste? Does it have to be dyed (yuk) like other farm-raised salmon?

My money is on the fish requiring 3/4 the food of regular fish. Requiring only 1/4 the food seems too miraculous.

As to the confusion in the article, Somewhere along the line, someone probably confused “eats 25% less food” with “only requires 75% of the food”.

As to the confusion in the article, Somewhere along the line, someone probably confused “eats 25% less food” with “only requires 75% of the food”.

There are a lot of numbers. How does the 20% more efficient at turning food to flesh part fit in? And how would even a 75% reduction in food result in a 25 times reduction in carbon footprint?

I think it’s very safe to say that they feed them less and they grow faster. I’m just going to ignore the numbers as marketing.

The first number is unqualified, so we don’t know what the base of the comparison is. 25% less per day? 25% less over their life time? 25% less per pound of finished weight?

The second number is qualified, “75% less feed to grow to the size of wild salmon” So to go from birth to 13 inches in length requires 75% less feed, but they don’t stop at 13 inches, they continue to grow to 24 inches.

If they grow to full adult size in 1/2 time, they would for starters save you 50% of the feed.

EDIT:; Well, not exactly, 62,5% really. So yea, both me and the reporter and probably the marketing guy suck at math

We call those people “bucket biologists,” people who alter the local water ecosystems for their own good, without considering the larger consequences. Another example is burbot (ling cod) in the West.

Wikipedia has a good article on the specifics. NSFW reading!*

AquAdvantage salmon is a genetically modified (GM) Atlantic salmon developed by AquaBounty Technologies. A growth hormone-regulating gene from a Pacific Chinook salmon, with a promoter from an ocean pout, was added to the Atlantic salmon's 40,000 genes. This gene enables it to grow year-round instead of only during spring and summer. The purpose of the modifications is to increase the speed at which the fish grows without affecting its ultimate size or other qualities. The fish grows to market si...