Oh my god. 70 feet. They should have shot on sight.

Sorry, but is this for real? I live in Germany where most pedestrians wait at red lights, even if there’s no vehicle in sight and people scold other people who do otherwise when there are children present.

And yet the thought that someone could get handcuffed because of “jaywalking” (we call that “crossing the street while it’s red”) would drop jaws over here.

At least in LA, it appears to be primarily targeted toward the middle and upper class, especially in downtown. It’s unclear whether it’s intended as a method of revenue generation, as some sort of passive aggressive backlash against the push toward pedestrian-friendly areas, or as a way to recover revenue from fewer cars being on the streets…

In downtown, if I recall, there is apparently an actual, recently-created police unit focused on jaywalking and on the even more bizarre and heinous crime: that of starting to cross crosswalks after the walk sign has turned to a flashing stop hand with a number. Yes, apparently, at least in LA, if you are at a crosswalk, and there are 20 seconds flashing on the sign, even if it would only take you 8 seconds to cross, it’s illegal to do so. The only legal way to cross the street is if you start during the few seconds when there is an actual walk sign.

There are now actually people being ticketed for this downtown, and the fine is apparently comparable to the few hundred dollar fine that is given for jaywalking.

cross at the light folks… when it’s your turn.

No. My body is made of meat but your car/scooter is made of metal. I’ll cross wherever the fuck I want (but it wont cause an accident - I guarantee). Walking in traffic is not hard if you use those picture-detecty things in your face.

PS: had you made fun of her hipster running shoes I would have piled on. Go running barefoot in a park people, your joints will thank you.

Man, so much anger!

Yeah, it looks like you are. She was wearing headphones and they approached from behind. She was jogging, and thus not carrying ID.

Now I’m wondering why @txhoudini left out those little details and why he got 5 upvotes for his apologist drivel. WTF?

I await BoingBoing nation to express its disdain for people who break the law in Austin with the save fervor as they did in the Bundy case.

I express my disdain for people who break the law in Austin with the save fervor as I did in the Bundy case. 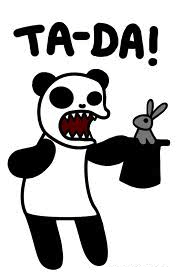 Manhattan is flooded and billions and billions of dollars of once-valuable real estate and farmland are worthless, they’ll be safely dead anyway Climate change is already negatively affecting our quality of life today. As someone that got to choke on wildfire smoke under a blood-red sky here in Colorado for the last few summers or so, I can assure you the effects are here and now. On the plus side, I got some “pretty” photos of one of the several wildfires that were all happening at once in…

As you can see

Couldn’t see shit in that video to figure out what was going on. The incident was hidden from view. I heard her scream, but I’m not sure that’s enough to damn her, is it? For all we know, they grabbed her violently or something and it startled the hell out of her. You can’t see shit with that video to determine anything except perhaps to reinforce what you already want to believe, perhaps?

The police do not have rights. They have responsibilities.

If you don’t like this behavior by the police defund and deauthorized them. Follow that will layoffs and improve hiring criteria and training. Change the law. Take their power and protections.

We do have the power to change everything. If you’re so pissed off, do something about it.

If you do not see the difference between jaywalking and an armed standoff with federal agents, you are not to be reasoned with.

You Americans are lucky you have jaywalking rules, over here in the UK there are so many dead bodies piled up in the roads from pedestrians who tried to cross that cars have to drive on the pavements.

Woah there. You’re talking about your average American here. We have Honey Boo Boo on The Learning Channel.

Funny, the fact that I’m made of meat and that cars are made of metal is exactly why I use crosswalks and wait my turn.

That’s what I thought, and so I should be tased, beaten and thrown in solitary.

Are you wearing a hoodie?

You may be underestimating the road conditions in most of the US outside the dense cores of certain major cities, which does not include Austin or e.g. Los Angeles (which is much larger than Austin). Things are spread out to the point of utter ridiculousness in many cases. The US is big:

Even in university areas, in most cities the design of the roads is 100% car-centric and is meant to allow as many cars as possible to be on the road at as high a speed as possible. This simultaneously encourages jaywalking due to extreme distance between crosswalks, or lack of crosswalks entirely, and is particularly dangerous for those who do jaywalk due to relatively high speed and drivers not expecting to see pedestrians in their path (even at actual crosswalks and intersections).

I haven’t been to Austin but I’ve been to many other cities of similar size (as well as many larger ones). And I’ve also been to London - which I didn’t quite find to be the pedestrian’s utopia you describe, but certainly not terrible - and as an extreme example I’ve also been to several cities in Thailand, where road rules are essentially non-existent and crosswalks (nevermind safe crosswalks) are a luxury you basically see only in the downtown core of Bangkok. Elsewhere you just take your chances and cross, waiting in the middle of the road if necessary. Drivers expect it so it’s reasonably safe. Because drivers in the US don’t expect to ever see pedestrians, most of the US I would consider worse for pedestrians.

Am I to understand you want to believe it was some kind of police assault, and not a child who acted somewhat childish?

I wouldn’t know, the video doesn’t show it and all I can hear is a woman screaming.

and not a child who acted somewhat childish? It is of course your privilege to point at the sky and insist it’s green…

So, you saw and heard what you wanted to see and hear in the video, no?

As a native Austinite and former UT student, let me open by saying I have no particular love for the APD, but especially not Art Acevedo. (Only police chief I’m aware of to actually fire people via Twitter… ironically, in response to an event sort-of like this where there’s documented proof of police misconduct.)

I say “sort-of” like this because this is one time I don’t think police are in the wrong. The jaywalker is arrested just off of UT campus, over by the Kismet cafe. That street is relatively busy two-lane-each-way street that basically dead-ends at the end of the block at the ridiculously busy Guadalupe Street (the drag). On one side of the drag is the start of the original 40 acre campus, and on the other are row of small shops which separate campus from student apartments. College kids cross wherever they feel like, and it does make the area a slow, dangerous place to drive. (Student cyclists are even worse and Dean Keaton remains the only place where I’ve ever seen a cyclist pulled over for blowing past a red light.)

This woman wasn’t even arrested for jaywalking. She was arrested to failing to acknowledge that a cop had caught her jaywalking, and trying to walk away without identifying herself. If she didn’t have a prodigious talent for screaming (and weren’t a relatively attractive, white woman), I don’t think anyone would care one way or the other.

This is all just by way of reminder on the original incident, of course. Art Acevedo is still low on class, and this recent press conference seems to have been very poorly thought-out, even by his usual standards.