Apparently everyone’s favourite media plutocrat isn’t happy about this, so another mark in the plus column AFAIC (but he’s a U.S. citizen now, so don’t see why it’s his concern). 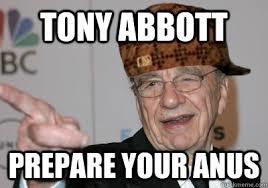 In our guts, we knew he was nuts.

Beat you to it, Cory

We have a new one. Malcolm Turnbull has been elected leader of the party after a leadership spill. I’ve gotta say, it’s something of a relief; I’ve despised every second of my awareness that Tony fucking Abbott was PM. Turnbull is another slimy corporatist, but at least stuff like gay marriage and CO2 reduction could be on the cards now, and he actually seems capable of statesmanship. I’m sad to say this looks like what I’ll have to be content with, while the UK gets Corbyn, and Sanders goes f…

“Australia’s Liberal Party voted out its own leader… Abbott was a terrible leader: a sexist, racist, homophobic, xenophobic, authoritarian climate denier who substituted talking points for substance in his public utterances and debates.”

So does liberal mean the opposite in Australia than it does in the US because of it’s upside down?

My favorite part of the article:

The deputy Liberal leader Julie Bishop had already told Abbott – in a pre-question time meeting – that he should stand aside. At that point Abbott is understood to have been strongly resisting the idea of a challenge.

These are the few meetings in which I would like to be present, because the “strongly resisting” euphemism sounds like fun to watch. In the same way I’d like to see G.W. Bush, or D. Cheney, “strongly resist” being frogmarched out of whatever hole they’re currently residing in.

When the party was formed mid-20thC, they were trying to contrast themselves with the Australian Labor Party, whom they argued were too closely aligned with communism. The point was to emphasise “liberty” rather than “socialist”. Which is hilarious in retrospect - we haven’t had a true socialist democrat government since 1975.

And yes, the water goes down the sink the opposite way too.

Upon hearing the news: 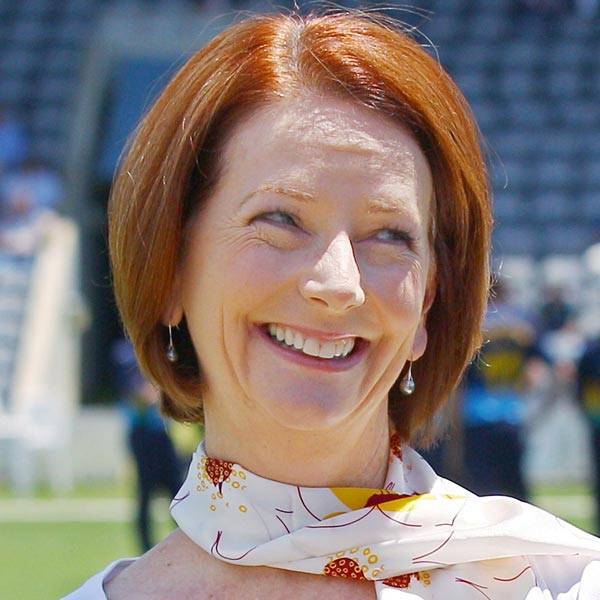 So is the media going to call Malcolm Turnbull a backstabber for contesting his party’s leadership, or was that a one-time-only special thing for Julia Gillard?

One of my all time favorite ads: 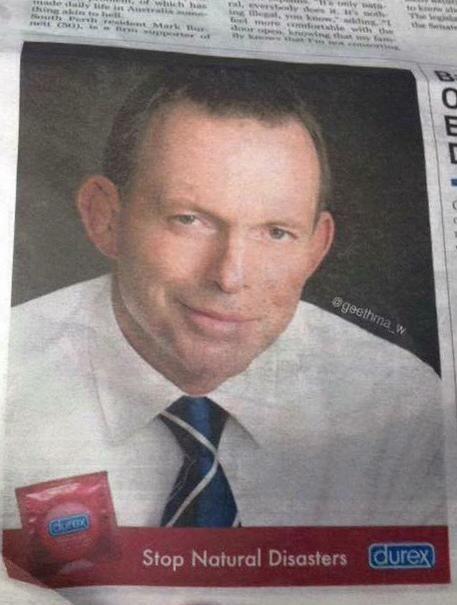 Hey, it’s turning out to be quite the week in politics, is it not? Here’s Hoping Clinton resigns from the primaries by Sunday, eh?
(Yes, I know, but one can hope)

Which means exactly the same thing as neo-conservative, so we still have the upside-down question.

Sir Les Patterson would have been my choice but he would not have lasted long. Australian politics is obviously full of back stabbers. At least he would have kept the same suit so we could all see how it happened

So does liberal mean the opposite in Australia than it does in the US because of it’s upside down?

That depends on whether you use it to describe a place on the political spectrum or a set of generally similar political positions throughout history.

In the 19th century, at least in Europe, things like free enterprise, free trade, a basic division of church and state, disregard of nobility, deregulation and streamlined public administration placed you firmly on the progressive side of the political establishment.

The first two questions Turnbull fielded at a press conference as PM were from the Guardian and Fairfax.
Not that optimistic about the guy, but I’m glad we have an articulate smartarse in power for the first time since Keating.