Aztec for the Apple ][ was my first desktop video game

Somehow I missed Aztec, but OMG, Sneakers! I haven’t thought of that game in decades. That and Bug Attack ate large portions of my youth.

Lode Runner was my addiction…

Lode Runner was my addiction…

Loved it. There was an update a few years back that was not what I’d hoped for.

Ahh, Sneakers. Someone showed up with that in the ol’ elementary school computer lab one day. Looked pretty nifty. Following the story from some months ago, I keep checking in on 4am’s Twitter feed in the hopes that some other mystery games from my elementary school days will materialize, newly-preserved for the first time.

The next best thing to Sneakers nowadays that I know of would probably be Mike Pooler’s Invasion of the Mutant Space Bats of Doom and its sequel. (Alas, following illness, the game is unavailable through official channels and that’s probably not going to change, but it can be found by other means.)

Telengard for the Commodore 64 was my time-sink.

Telengard is a 1982 role-playing dungeon crawler video game developed by Daniel Lawrence and published by Avalon Hill. The player explores a dungeon, fights monsters with magic, and avoids traps in real time without any set mission other than surviving. Lawrence first wrote the game as DND, a 1976 version of Dungeons & Dragons for the DECsystem-10 mainframe computer. He continued to develop DND at Purdue University as a hobby, rewrote the game for the Commodore PET 2001 after 1978, and ported i...

The first one I can remember? Roberta Williams' Mixed-Up Mother Goose is a computer game first released by Sierra On-Line in 1987. It is, in essence, an edutainment title, directed specifically at young gamers, as well as an adventure game. A second game in the series, Mixed-Up Fairy Tales, was released in 1991. The storyline of the game is very simple, as is common in games for children. One night, while preparing for bed, a child (which is the player's avatar) is sent into the dreamlike world of Mother Goose, who desperat...

It has come in useful since then.

Are we talking about computer time sinks? 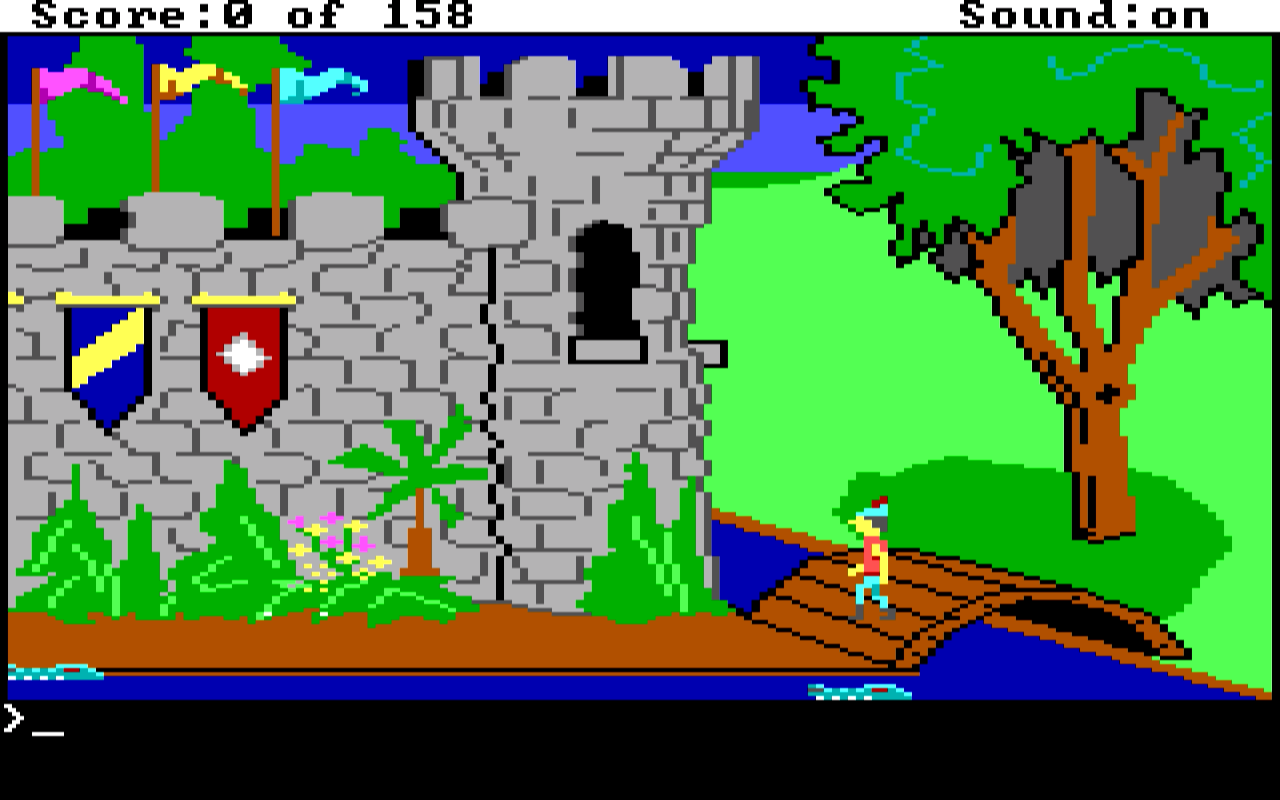 The only time I ever played games on an Apple II was at school. My Grandma, a woman who didn’t even have indoor plumbing, decided that computers were so important that she bought her grandkids computers. Since at the time the only computer stores in town were an Apple dealer and a Radio Shack, we ended up with Tandy 1000s. I still have mine, and the last time I checked it, it still powered up after nearly 30 years.

The Apple IIs still hold a special place in my heart, though. Thanks to going to a small-town school, and thanks to our computer lab person being the librarian who was also a retired schoolteacher, that teacher makes up some of my worst memories of school (Kindergarten, and nowadays she’d probably be in jail) and some of the best (OMG games on Friday!)

Aztec was one of those ugly games that drove me crazy but I just could not stop playing, like Crisis Mountain. I never beat it, but that never seemed to matter - it was probably my first roguelike, though I didn’t know it.

The worst thing was that the collision logic was very obviously screen buffer based (you’d collide with the pixels on screen, not some list of positions) and it was very buggy. Things wouldn’t always undraw completely, and it was really easy to get stuck in a pile of corpses or accidentally fall through something to your death… but still, couldn’t stop playing.

Another one I kept coming back to on Apple ][: Bolo. Quite an amazing tank combat game.

Oh yes. Paul Stephenson. He just seemed to vanish from the computing scene after creating his hits. I had Aztec, but actually my first computer game I bought was Stephenson’s earlier swordfighting game “Swashbuckler”.

Ha! The emulated disk drive sounds are an inspired piece of work.

I never played Aztec but it reminds me of Below The Root, which always seemed to capture my imagination. I think both games use the same spider enemies.

Yes there were some really odd and wonderful games for the Apple //. Gemstone Warrior also comes to mind, the Bilestoad, etc:

Although you could use the fall through the floor bug to your advantage when trapped, if I recall.

Wow! I forgot about Sneakers! My first game was Castle Wolfenstein, which was cracked by my 7th grade English teacher. I then got obsessed with Lode Runner, Karateka and Captain Goodnight from Broderbund. And this crazy One on One basketball game where you were either Larry Bird or Dr. J.

But the real time sink was Ultima III.

Below the Root was amazing. Totally blew my mind as a kid, more than anything till Ultima IV came out. But very few people played it. Unlike Aztek’s roguelike-ness, BtR could be beat with perseverance and judicious saves.

Yes! Sometimes when trapped you could manage to glitch through something else - floor, ceiling, wall. I specifically remember that since the corpse piles had black and white pixels you could ‘climb’ those pixels by rapidly alternating left and right while trying to go up… Through sometimes you’d move a little down. It was like brownian motion. Then you could get trapped in the wall or ceiling, but it was a desperation move anyhow…

Bolo! I think about that game every few years. A friend of mine and I would often take opposite sides of the keyboard, one of us on treads and the other on gun. Great game!

I played so much Aztec in my youth. I know I spent endless hours on this game, and yet can’t recall if I ever actually returned the idol. I call that a successful game.